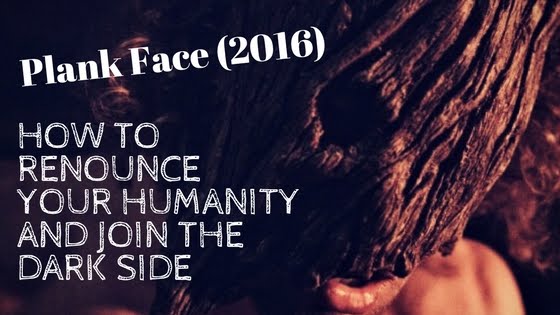 What do the people gain if their very condition of civil tranquility is one of hardship? This is peace in dungeons but is that enough to make dungeons desirable? To speak of man giving himself in return for nothing is so to speak absurd, unthinkable; such an action would be illegitimate, void, if only because no one who did it would be in his right mind. To say the same of a whole people is to conjure up a nation of lunatics; and right cannot rest on madness. - Rousseau

Why would the seemingly ordinary man choose to renounce his former self and commit to savagery? If we are to follow Rousseau, beneath the thin veneer of societies social contracts lies humanities true nature. A nature rich with violence, chaos and a war on all to acquire substance. We are only freed from this savagery by the often arbitrary but mostly utilitarian social agreements between people. Over time this grew from small communities to large cityscapes kept in check by an enforcement of societal contracts through government. But along for the ride is the human, tamed by education, family, and employment.

Plank Face is the story of a Max who is kidnapped by a family of cannibals and his transformation from an archetypical everyman to Plank Face. An adopted father, cannibal, and murder. The film begins with Max and his girlfriend Stacy hiking through the woods when they are attacked by a fellow hiker who attempts to rape Stacy. Unbeknownst to all three an almost naked woman wearing a bunny mask is watching the scene play out. Just as our hero, Max is about to sigh in triumph after overtaking the attacker Bunny Girl whacks him unconscious with a log.

Max wakes to find that he is bound by hand and feet. As he scans the room, we are made aware that Max has been captured by what appears to be a family. The film's credits name them as Old Daddy, Bunny Girl, The Bride, and Granny. Old Daddy is a heavily bearded fellow wearing a mask made from the outermost layer of a tree. We learn that Old Daddy is dying and Max has been chosen to replace him. But first, he must eat Old Daddy's Genitals

Initially, Max is understandably hesitant, and after Granny threatens punishment Max swallows. The ritual has a certain obviousness to it. A power or authority is transferred from one father to another. A crown is passed between kings. But psychologically there is a ritual of submission to the role Plank Face fulfills in the community of these three women. By eating the dick he formally submits to the ruling authority even though his will is in opposition.


Force made the first slaves; and their cowardice perpetuates thier slavery. - Rousseau

Rousseau's argument assumes that once we submit to a social arrangement, we also understand our role in its perpetuation. And if we continue to persevere under a contract we are actors who avoid resistance due to cowardice. But is this the case for Max? The deleted scenes reveal a set of flashbacks showing Max pummeling someone to death and gleefully rolling around in their blood. Had these scenes been in the movie, Max's submission and transformation into Plank Face would be clear. Max was already evil before he encountered the family. But without these scenes included the origin of Max's capacity for cannibalism, murder and savage life goes without explanation.


To renouce freedom is to renouce one's humanity, one's right as a man and equally one's duties. There is no possible quid pro quo for one who renounces everything; indeed such renunciation is contray to man's very nature; for if you take away all freedom of will, you strip a man's action of all moral signifigance.  - Rousseau

Lacking explanation, the viewer is left with a muddled understanding of Max's capacity for violence. Is human nature to blame? When we are stripped governmentality and society's accountability and enforcement of rules, do we all have the capacity to regress to savagery? Or was Max's weak will to blame? When confronted with a life or death choice, and we choose life in spite of our long-held morals are we trapped by a duty to a new morality?

Maybe the answer is not located in the kind of man Max was but in the kind of Man max could become? Isolated from society, life in a cabin with 3 frequently naked women, and two of which provide for the endless satisfaction of primal needs is a hyper-masculine dream. Plank Face is not only a kind of father he is needed and rewarded for his strength and skill as a hunter. In a world, where man's role has become displaced by women's economic and social progress, a secure identity can be comforting.

The irony of this comfort is how it is structured by a commitment to the Feminine Mystique. Granny, Bunny Girl and The Bride all want and encourage Max to embrace his animality. And it is this clarity of feminine want that allows Max an existential security. Max does not have to navigate ambiguity or attempt to recreate himself independent of the possibility of validation. Max is a king and a God.
Bunny Girl evil horror horror philosophy Max plankface rousseau social contract The Bride The Granny
Location: Detroit, MI, USA