By SquidXIII - February 01, 2017
I am working on a complex project in art therapy. I started with the idea of build a square of ocean out of plaster casting. In the center of this ocean is a silhouette of destroyer and surrounding the ship is waves crashing in from all sides. Conspiring to destroy. The idea evolved to putting the entire block of ocean and ship inside a box, painting the walls of the box with ocean, placing a red flashing police light inside, and only allowing the viewer to view into the box through binoculars. Additionally, the viewer would also be required to wear headsets playing a recording beginning with ocean noises which gradually become more extreme and filled with screaming. I am considering including the audio from the rape scene in irreversible.

The idea being to recreate the overwhelming experience of PTSD for the viewer.

My art therapist, with some resistance on my part, taught me how to paint simple ocean waves. The following week I picked up paints, canvas and began painting on my own. Unlike the art piece as a whole I found painting ocean scenes very soothing. 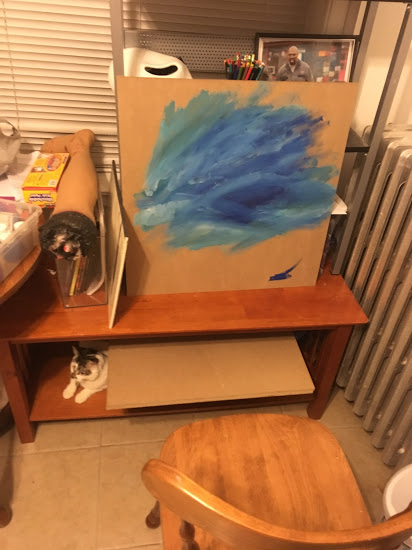 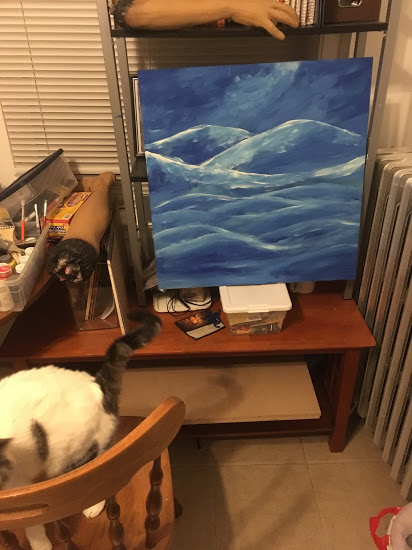