Welcome to our journey into the guts of The Walking Dead. What kind of journey? A philosophical, psychoanalytical and political kind. What I would like to do over the next couple months is dig through the Walking Dead episode by episode to see what it can teach us. Thank you for following me on this journey. I look forward to reading your comments. Be forewarned: There are spoilers everywhere. Don’t forget to check out my previous post in the Philosophizing TWD series: Philosophizing The Walking Dead S3E13 Arrow On The Doorpost Or How do Survivor Groups Go To War?

Andrea was provided with many opportunities to kill the Governor but she failed to shot, stab or bash his face in. This begs the question, is Andrea a coward? Is she afraid to kill the Governor because she fears the repercussions that Woodbury will sentence her to death? Or is Andrea’s fear is rooted in something subtle? The democratic misconception that everyone’s perspective are worthy of existence?

Andrea is conflicted. She wants to kill The Governor to avoid war, but when she has the Governors head in the sights she backs down. To understand this antagonism it is helpful to remember Andrea’s ongoing role in the Walking Dead. Following in the footsteps of Dale, Andrea is quintessential liberal. When Rick, The Governor or another leader makes a call which overrides the will of an individual or group she makes a stand.

There is a sense in which Andrea shows a kind of bravery when she goes against the grain. When Andrea arranged the meeting between Rick and the Governor she was not only playing peacekeeper she was attempting to force peace upon Rick and The Governor when they had no desire for peace. What Andrea failed to take into consideration that one town killing the other may be of the greatest benefit.

Andrea realizes the depth of the Governor's evil when Milton shows her the torture room that the Governor built for Michonne. And for a moment, Andrea is compelled to point her gun at the Governor, but just as she is about to squeeze the trigger Milton pushes the gun off target. Why did Andrea allow this? Is there a part of Andrea still values the Governor even though he is out for blood?

Where do we draw the line? Let’s consider the concept of free speech. In theory, free speech is designed to protect all speech. But is all speech worth of protection? Should rapist, racists and republicans be given the same time on stage as radicals and revolutionaries? Freedom of speech says yes. But how useful is freedom for survivor groups? What use is there of allowing everyone to voice and put into motion their agenda?

A bit of totalitarianism not only helpful for group decision making but an absolute necessity for the survival of survivor groups. The ongoing danger of zombies and the size of the groups do not lend themselves to liberal democracy. Decisions need to me made quickly and orders must be followed without question. How long would the Ricktocracy survive if the group stopped to vote on every decision?

Unlike the survivor groups, the Walking Dead has little patience for liberals. The likes of Dale and Andrea are presented as the town fools. Albeit, passionate about their desire to protected even the worst evil character they are ultimately sacrificed to their own stupidity. Allowing evil to survive and flourish and at the same time making open challenges to the reigning authority they become dead weight. What then is the greater evil? The Governor's bloodthirsty desire for revenge or the view of the bystander who could have stopped an upcoming genocide with the flick of her knife? 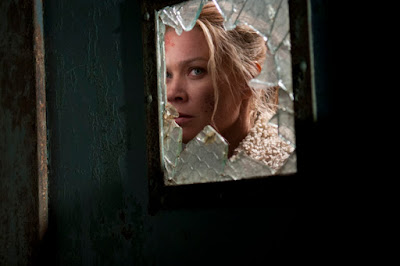 Check out the next post in this series:
Andrea horror Liberalism Philosophizing The Walking Dead Ricktocracy The Governor the walking dead totalitarianism Zombies