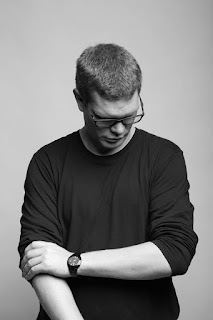 My name is Jonathan R. Rose, and while born and raised in Toronto, Canada, for the last five years I have been living in Central Mexico. During my time here, I have learned things that one would never learn within the borders of Canada. I have seen corruption, cruelty, apathy, and callous neglect for the dignity, and well-being of people, and the majority of these things have been inflicted upon them by those tasked with the job of helping them, from police to military to the government itself. Watching these things, and even having them happen to me on several occasions, inspired my writing in a way that uses anger and discontent productively, as I write stories that whether blatantly, or metaphorically show what people are doing to each other, and don't try to mask those horrors with fallacious anecdotes about hope and faith.

I write because the world around me pisses me off, and in history, writers have actually been able to change things, to genuinely start movements that have changed things, and not in the bullshit way that people who create memes or write "angry" tweets, or click "like" think they're changing things. Writers from Jose Rizal, to Gabriel Garcia Marquez, to Dostoyevsky, to Victor Hugo have made a huge impact on the societies they so harshly put under the sword that was their pen. And that is what I hope to accomplish with my work.

What’s the process like? What inspired you to write Carrion?

My process of writing my debut novel, "Carrion" was very methodical. I don't have an exciting story about me staying up for 48 or 72 hours straight, drinking coffee and smoking cigarettes; instead, I wrote, 1000 words, every day, and when I wasn't writing, I was thinking, taking notes, and did this for 3 months, until the first draft was finished, then edited, rigorously, viciously, until I was satisfied that I completed a book that was as concise as it was visceral. 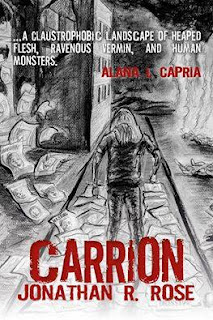 Interesting enough, in "Carrion" I don't personally identify with any of the characters, whether it be the "monster" whose only identified as such because his choice of food is man or the "hero" who was a corrupt cop, and is as far from being heroic as possible. This book was more about my observation and investigation into what we view as a monster and a hero, and how those labels can be misunderstood and easily switched based on the perspective.

I feel powerful when I write something based on how I genuinely see something, or somebody, not how I "hope" to see something or somebody. I can't stand escapism, as I think that is something we as a society have indulged into the point of overdose. We have had enough escapism, and I think it's about time we look in the stained, cracked mirror that is our cultures, our societies, all over the world, from the first world to the real world, and whenever I do that, I perhaps don't feel powerful, but satisfied that I told the truth in my fiction.

The novel is scary because it is an amplified portrait of an equally horrific truth, a truth that I have seen time and time again all over Mexico. As for what it's like writing the parts I deem scary, it is cathartic as I can't stand people's conscious ignorance of the horrors going on all around them, and writing a scene that I know may terrify, offend, or disgust them satisfies me because it is my way of shattering the glass shield of ignorance, or apathy, people carry with them as securely as their cell phones.

What did you learn about yourself while writing the Carrion?

While writing "Carrion" I learned that I could push limits of what is currently considered "appropriate" without sacrificing quality of story, which was very important, as it's one thing to write something intense and violent, but it is another write something intense and violent that actually serves a purpose, that has a point, as opposed to just having pages splashed with blood.
What might readers learn about themselves?

I think readers of "Carrion" will learn to question what is a hero and a monster. Is a hero somebody who wears a badge or carry a gun? Somebody who is an elected official? Somebody who leads a religion? And is a monster somebody, or something, that opposes those we consider heroes? I want readers to question those labels, to realize that in the eyes of the powerful, the poor are considered monsters, and in the eyes of the poor, the powerful, those who call themselves heroes, appear to be monsters.

I encourage readers to first and foremost get a copy of "Carrion" either for their Kindle or on paperback at this link: