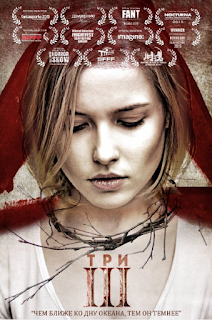 Ayia’s and Mirra’s mother have fallen victim to a plague that came to a small Russian town. The sisters are in a state of despair. The doctor's advice to quarantine and the priests offer of prayer is of little use to the sisters and only angers Mirra. After the mother dies, Mirra develops symptoms of the mysterious plague. Ayia carries Mirra to the home of a priest. In her boredom, she finds a book that talks of a ritual that can cure sickness.

The priest explains the ritual is one that requires Ayia to enter into the subconscious of her sister to identify and kill Mirra's greatest fears. These fears, the priest explains, are the cause of Mirra’s sickness. Is this not unlike dark ages medicine where demon’s are thought to possess the sick?

What this means is that Mirras’s psychological burdens are responsible for her succumbing to the plague. Ayia’s journey leads her to find three great fears hidden in the darkest pits of Mirra’s mind. She blames herself for her mother's death, She was raped by her stepfather and blames herself, and her greatest fear is losing her sister.

The problem is that when the priest locates the cause of Mirra’s sickness in her fears he also locates the cause for Mirra’s plight in Mirra herself. The priest’s argument adds a blame external to Mirra’s psychological. A sociopolitical blame from a religious social contract with a deity. The guilt is sociopolitical because it is ordained from a priest who is the main dignitary and regulator or the moral community. The priest is also an extension of a transcendental entity assumed to have total control.

But, let's look at the guilt Mirra assumed after being raped? When Ayia found the segment of Mirra’s subconscious representing her rape-guilt she was confronted with a bloody-faced man walking with a noose around his neck and Mirra curled on the floor cowering in her suffering. Mirra explains the stepfather told her she was of his vicious attention. Mirra then guides Ayria to a field of half buried versions of herself disconcordantly moaning, “I wanted it.”

Of course, the painful though that Ayria's caused her stepfather to rape her is absurd for two reasons. It is morally unjustifiable for the victim of rape to take ownership over the initiation of her abuse. Secondly, a victim's self-blame is a fallacy. The cause is located in the aggressor because without the aggressor there would no cause and no blame. The aggressor is the variable that has entered into the victims psychological pathology. The psychological state Mirra used to narrate her own existence had an existence before the aggressor became a reference point.


Blind pupils. -- As long as a man knows very well the strength and weaknesses of his teaching, his art, his religion, its power is still slight. The pupil and apostle who, blinded by the authority of the master and by the piety he feels toward him, pays no attention to the weaknesses of a teaching, a religion, and so usually has for that reason more power than the master. The influence of a man has never yet grown great without his blind pupils. To help a perception to achieve victory often means merely to unite it with stupidity so intimately that the weight of the latter also enforces the victory of the former (Nietzsche, 2016). 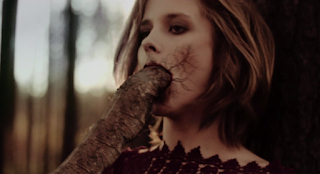 While Mirra may have been ready to take on the responsibility for her own victimization she does so unsupported because in taking responsibility for her rape she also locates her agency inside the psychology of the aggressor. Morally this may be understandable. Mirra, growing up in a male-dominated universe, when confronted with a male’s rationale for his wrong doing would side with him out of loyalty to her sense of community.

Is not this pattern of assuming an imposed guilt structurally identical to Christian sin? We are born as sinned creatures. The generational burden of Adam and Eve’s fall from grace is assumed from the moment of conception. Before we are even a cellular stew in somebodies womb sack we are jaded. Our morality is corrupted by bad causality – the silly idea that there is a direct causal chain from begin of time right now. As if time has sewn together the all the discordant personalities from Hitler to Gandhi into the same quilt.