Philosophizing The Walking Dead S3E10 Home and the Homeless Zombie 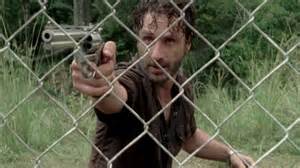 Welcome to our journey into the guts of The Walking Dead. What kind of journey? A philosophical, psychoanalytical and political kind. What I would like to do over the next couple months is dig through the Walking Dead episode by episode to see what it can teach us. Thank you for following me on this journey. I look forward to reading your comments. Be forewarned: There are spoilers everywhere. Don’t forget to check out my previous post in the Philosophizing TWD series: Philosophizing The Walking Dead S3E9 The Suicide King and An Open Letter to Rick Grimes

Zombies have become too popular. There are zombie movies and zombie stuff everywhere. I’m so bored with zombies. So regurgitates the parrots of the mains stream. But is it truly the case that we are suffering from an oversaturation of zombies? I’m curious where all these zombie movies are hiding? Yes, there is a sense in which there are a lot of zombie movies out there but only if play loose with the concept of brain eating.

I’m thinking of films like The Returned, Resident Evil or Warm Bodies which do for zombies what Twilight did for zombies. By robbing the vampire of all his historic properties and reducing him to an equivalent of a blood sucking glow-worm, Twilight, displaced the vampire from its essence. The contemporary zombie like the contemporary vampire, doesn’t walk like a duck or quack like a duck but is clearly accepted as a duck.

What does this mean for the future of zombies in cinema? My worry is this perpetual displacement of zombies by variations on a signifier will leave us continually spiraling through the wastelands of innovation for innovation’s sake rather than an authentic experience of zombies run amuck.

Where does The Walking Dead fit into the wobbly canon of zombie lore? At first glance, it would appear that Walking Dead is placating to the purest. The zombies shamble traditionally. Slowly on the prowl for brains as they chase various survivor groups across the wasteland of the left behind. Slower to learn than the survivors in several generations of zombie flicks, Rick and company struggle with their internal compulsion to worship the dogma bourgeois values.

Imagine the kind of leader that Rick might have been if he had been employed in an urban and not suburban setting? Gone would be the lengthy internal and social struggle to cling desperately to values that were all too human. Rather, the urban Rick, exposed to the ruthless struggle for survival intrinsic to urban America would be able to register the kind of eat or be eaten credos of the post-apocalyptic landscape.

It could be argued that what all these zombie films hold in common is the cockroach-like way that the zombie is being recreated in each filming iteration. But what is left of the idea of a zombie if we approach the idea of a zombie by dumbing admitting, like a sociologist, that zombie is a word that is hard to define because of competing definitions. Even if the Night of the Living Dead zombie is truly at odds with the 28 Days Later or Resident Evil there is a clear case that the Night of the Living Dead zombie is more zombie than the Resident evil zombie.
horror Philosophizing The Walking Dead Philosophy Postmodernism Resident Evil Rick Grimes The Returned the walking dead Warm Bodies