Grimm Love (2006) Or If Only Romeo And Juliet Were Cannibals? 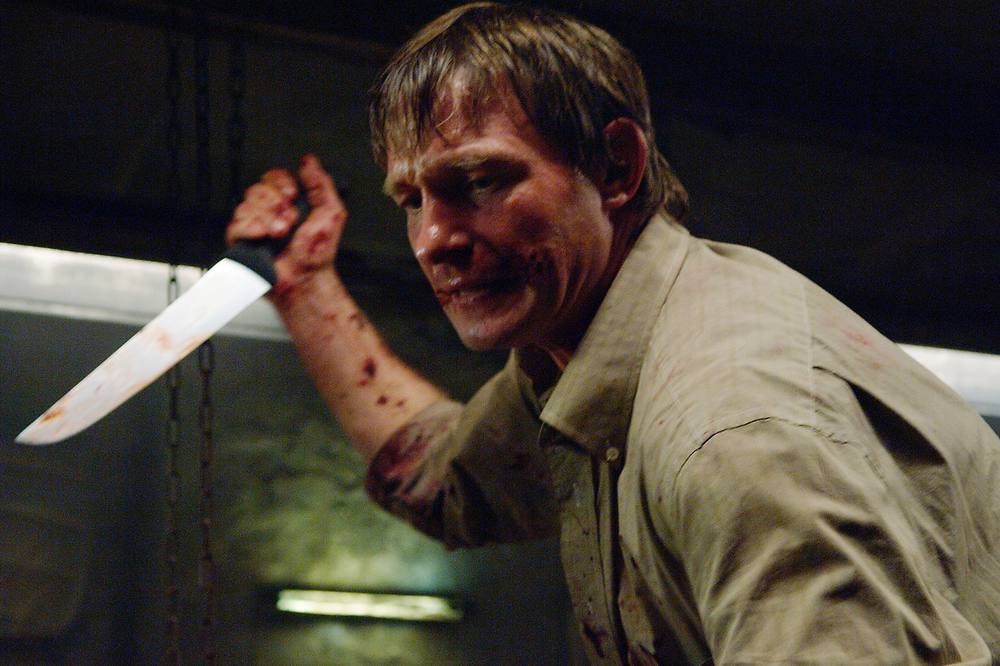 Many films and books have explored love. The iconic tribute of solidarity to the binary. The relationship that rubs against the spirit and brings forth something deeper and primal. From love we get this connection that seems to incorporate transcendence and destiny. There is a sense in which what love brings to the surface always-already should more than its trivial material reality. Love is already more then it’s base existence. But, there is a radical absurdity in staking a claim on a singular entity, why this one and not others? While this ring on this chick? Why is there this wife rather than another or none at all? Upon even the most basic inspection love is not able to hold its ground. Love thrives in this contradictory dialectic. The bond that love creates calls into question the very reality that it exists in. Once in love, the lover’s world is twitter-painted. A vibrant shroud covers the world. Meaning springs forth from the meaningless. A tree or a park bench passed on the morning commute get pulled into re-justifying transcendence. Objects and entities are dislodged from their context and redistributed along a new context. All that you know of the world revolves around the significant other. The world stays in place but means something very different. Because love becomes all we come to think we need. But what if our love is a love for the obliteration of love? What if rather than a love expressed through cherishing one is compelled to consume one's object of affection?

Grimm Love is a film about two men with equal and opposite desires for love. Oliver wants to eat a dude and Simon wants to be eaten by a dude. Between Oliver and Simon is the morbidly obsessed college student Katie Armstrong (played by Felicity). Katie became interested in Oliver and Simon’s romance and transferred to a college in Germany where she could pursue a thesis investigating the psychological dynamics of their relationship. As the film progresses Katie grows to idolize her fascination much like Simon and Oliver idolize their desires. Laying everything they have on the altar of their fetish they descent into the nihilistic underbelly of love. 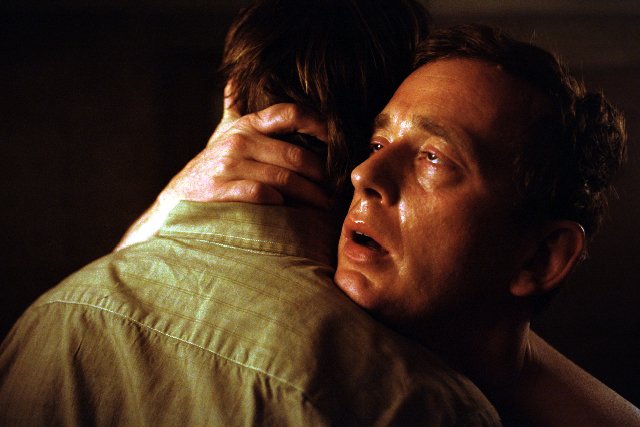 There is a common misconception that love can only be attributed to a kind of love that is beneficial to the multitude. In other words, love that is real love is not just emotionally utilitarian for those involved but also serves a function for society in which the lovers find themselves. The lovers walk through a park or mall or other public space, simultaneously displaying their transcendence and inciting the jealousy and admiration of onlookers. The envious compulsion of the audience looks on with longing for the loved connection. But more than the authentic connection they want to feel like they are fulfilling the role society is making for them. Quickly our longing turns to shame and our desire for connection turns into self-pity. The lovers are, of course, oblivious to their audience. Love lost in love. Spinning on its head. The lovers are lost in the moment more than each other.


Let’s saw into this nihilistic love. Rather than our cuddling and frolicking couple let’s consider Simon and Oliver. Two men join by fate. Walking through a Kmart searching for the right cooking tools. A bone saw and a George Forman Grill. Rather than kissing, one man bites the others ear off. The bitten man screams in joy. The wish that he has held on to for most of his life is being granted. He is becoming whole through digestion. His hollow sense of self is being consumed and transforming into something else. The eater, on the one hand, is engorged in his mid-day snack. Drooling slightly and savoring the fatty morsel while wondering what dipping sauce would go well with people toes. There is a completeness with Simon and Oliver’s desire you can’t find in the traditional romance. Their love is totalized and they take the marriage pledge “unto death” ruthlessly more serious than the zillions of couples that prance through their vows every year. Taking love for granted, and only putting the least of their lives at stake. Simon and Oliver, on the other hand, vow “in dead do we conjoin.” Simon and Oliver’s love in a very real sense is more transcendent than the traditional romantic couple. A short term love, only as long as the average multicourse meal, but nonetheless committed to a primal sense of eternity.
Cannibalism Felicity horror Keri Russell love Philosophy romance