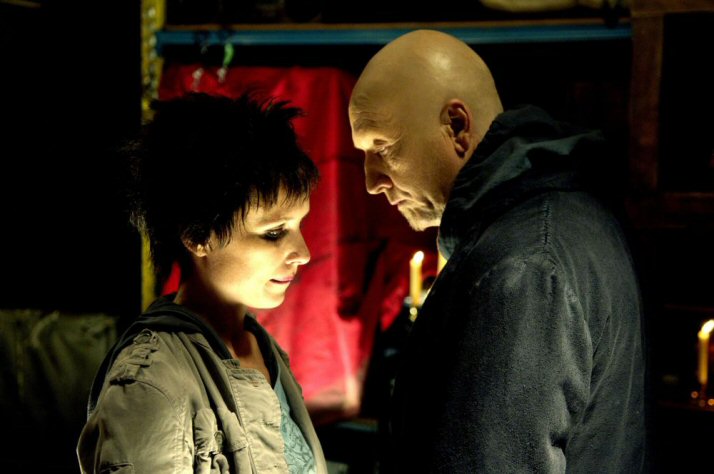 What would the work look like if we all played by Jigsaws rules? Would we all be cutthroat murders quick to stab our competition in order to survive or overcome our depression, addictions, and poor character? Or would we be like the Stoics, unaffected by travesty, unresponsive to life’s traumas? Let’s saw in to Jigsaw's rationale. Something is terribly wrong with our individual subject experience, due to the easy in which we live our life, when tragedy strikes we mentally shut down and become hopeless. Our wife cheats on us, or our children die, or we over eat and succumb to fatalism. Or as Paul Goodman we have been infected by the ‘nothing can be done disease.” Is our culture predisposed to learned helplessness? Are we all to trained as cogs for the status quo so that when the teeth on our cog break, we go on spinning as if nothing was wrong.

Jeff is an example of the nothing-can-be-done disease. Since his child was killed by a drunk driver, he now stumbles around his home drunk in a bathrobe, detached, yet quick to anger. The painful scene where he disciplines his daughter for taking a stuffed animal from her dead brother’s room to sleep with shows lengths that Jeff’s anger will go to maintain his powerlessness. Rather than empathizing with his daughter, he clings rabidly to the idea that the child is kept alive through his toys. The content of the child’s room has become a fetish, a cognitive distortion, which Jeff clings to in order to avoid processing the emotions and memories of grief.

What is Jigsaws treatment plan? Jeff is to confront the bystander who failed to testify, the Judge who decreed a light sentence, the drunk driver who ran over his son and ultimately Jigsaw himself. One of the presuppositions of this treatment plan is the about the causal power of associations between these individuals and Jeff’s inability to live out his will to survive. As I argued in SAW II, the will to survive is jigsaw’s projection, which lifts one form of survival above others. The will to survive is typified by a subject’s willingness to do what is necessary to survive and at the same time maintain an emotional immunity to trauma. If Jeff was able to rise to the challenge of the game, ideally, he would overcome his displaced grief, come to terms with his trauma, and realign his values to living in a way that exemplifies his will to exist.

Saw III introduces the idea that clients may need more than a single round of treatment to find their survival instance. Rather than just one game, Jeff’s game is compounded into a series of games. Why is one game not enough? What changed? Or rather what didn’t change? Here let’s turn to Amanda’s treatment plan. After surviving her first game her eyes were opened to her capacities, and she joins Jigsaw’s terror cell. But something happens, her sins were not fully erased by the game, and she plummets into her old maladaptive ways. Reviving her personal sense of hopelessness, she generalizes her powerlessness. If she can’t change, even after doing what it takes to survive Jigsaw's games, then how could anyone else? 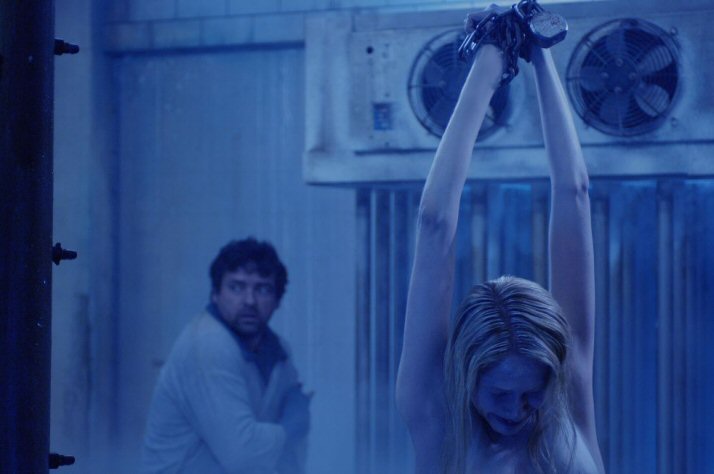 Under this new ideology, she designs traps in such a way where there is no out. She chains a patient to a device that will rip him apart unless he can detach the chains that have been attached to his skin. But as the detectives make clear, even if the gentleman was to survive he would bleed out and die because the door to the room was welded shut. Is this not an allegory for capitalism? We are born into socioeconomic classes that trap us in our place. No matter how much we struggle to rise above our circumstances we are fated by capitalism to die in the class we were born in. Even before the game of capitalism begins, the door is locked.

Nonetheless, the republican “bootstrap” individualism ideology is layered into near every aspect of our existence. We learn in school about heroes, but never about the organizations that were necessary supports for their success. We learn Columbus’s name but can’t name a single other crew member's name of the Santa María. Most insidiously we are trained to be blind to the social and economic organization that contextualize our existence. Funneled into non-participatory representative democracy all the while thinking our votes have direct impact on the world we live in. Yet the multiple layers of separation between the voter and representative voids real representation.

At the same time, the choices we choose among are regulated by the powerful. Which is to say, that in order to maintain consent the powerful need to organize society in such a way to reproduce the status quo. This constructs a system for the system which allots the very choices we are allotted to choose among. This is not only true for voting, but the material conditions of our life. The ceaseless control of market choices conditions a set of lifestyles that recreate and regulate the continuance of a type of living maintained for control.

Factoring in capitalism there are three restrictions on the success rates of Jigsaws game.