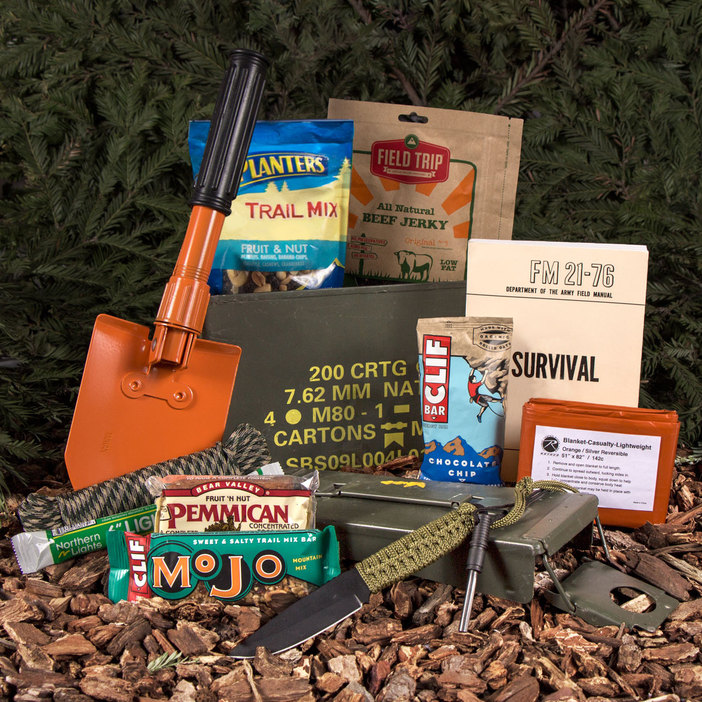 I was contacted by the burly dudes at Man Crates Gifts For Men who create the testosteroned version of gift baskets. Gone are the easy to open cardboard boxes, wrapping and girlie ribbons, Man Crates are a present you have to unwrap with a crowbar while grunting like a lumberjack. Ahhhhhhh! Luckily the Man Crates asked this dude, the only feminist horror blogger on the internet, what I might put in my crate to survive a horror movie.

Horror films have plenty of dangers, and each sub-genre presents its own unique problems. You wouldn’t pack the same stuff to survive a zombie holocaust as you would for an exorcism or alien abduction. A Bible and Holy Water will be no help to you when you are being anally probed. Always the Boy Scout, I think the best thing to do is plan for several scenarios; the 80’s Slasher, Zombie, and Post-9/11 horror movies

The 80’s Slasher movies are notorious for upholding conservative values. Those who drink, drug, and sex get dead. The only one that survives is the morally pure i.e. the Final Girl. The way I figure it the best way to survive an 80’s Slasher is by dressing in Drag. Have you ever seen cross dressers die in a horror movie? Didn’t think so.

I have no illusions about the Zombie apocalypse it is going to be bad, real bad. If the zombies don’t get us the religious fanatics will and the totalitarians will. The best way to survive is to keep things light, and adapt to your environment. Rather than pack my crate with a bunch of stuff I’m probably going to acquire along the journey anyway, I think it would be best to have the knowledge base for insurgent warfare. Rather than think about how I survive, rather, first and foremost how do I use my environment to my advantage. The Art of War and Mao’s little red book short texts that tackle the subject of using the enemy to your advantage. How do we use the zombies against our enemy, steal their resources, and crush them when they are weak? Mao has answers.

The only way you are going to survive the Post/11 horror movie is if you are the monster. Rather than falling into victimhood and accepting my role as a survivor, I’d don a mask and get to the slashing. Because even if some crafty teenager chops off my head, the movie business will come up with some convoluted rationale to remake and reimaging me back to life.