By SquidXIII - October 18, 2014
Earlier on in the week, I interviewed author Mick Ridgewell about his horror novels The Nightcrawler and Evil Never Dies. Be sure to say hello on twitter! 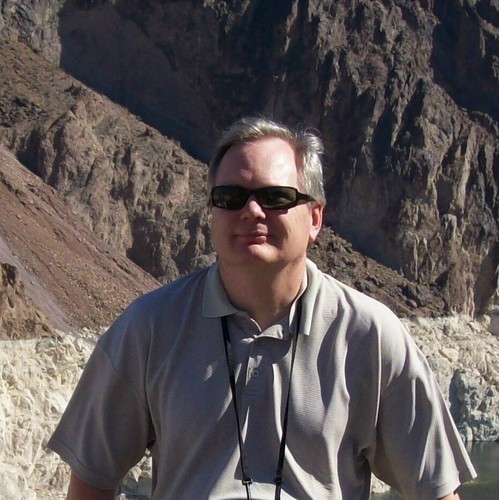 I first started writing about 10 years ago. I got an idea for a story and proceeded to write 2 pages of utter crap. I decided then and there that writing should be left to those who know how to write. Some time after that I stumbled on Stephen King's On Writing-A Memoir of the Craft. While reading it the idea for The Nightcrawler, my first completed novel came to me. I decided to try again and 2 years later I had a completed draft of my first book. After 6 years of rejections, and many iterations The Nightcrawler released May 2012. Since then I have had Evil Never Dies release Apr. 2014 and the sequel, Evil Unleashed is scheduled for release Dec. 2014.

There is a joy in taking a vague idea and sculpting it into a story. I can invent a town and fill it with residents. I enjoy taking bits of my life, locations and people I know as an example, tossing it all in a blender and putting the result in a story. None of the characters in my books are based on any individual I know, but I may take an aspect of someone and insert into a character. I vacationed with my family in Sauble Beach On the shore of Lake Huron and really liked the location. Evil Never Dies is set in that part of Ontario in a town called Kings Shore. I made up the town so I didn't send any bad karma to the residents of a real town. Creating a town was a lot of fun. Another very enjoyable part of writing is attending conventions where I can meet fans of our work and spend time with other writers.

What’s the process like? What inspired you to write The Nightcrawler?

My process is quite simple. I begin with an idea. For the Nightcrawler it was, What if you are driving cross country and see the same person everywhere you go. With Evil Never Dies the idea was, 'Write a vampire story where the vamps are monsters, not cute lovable high school students. From those beginnings, I began to write. Shortly into the process the end becomes clear to me. Once I know how the story will end, I just need to steer the story in that direction.

Scott, Roger and Beth are the characters that stayed with me the most. They are the main characters in The Nightcrawler, which being my first book has a special place in my heart. It has been a year since I wrote The Nightcrawler and I can still picture the story unfold in my head like a movie. Roland Millhouse, is the lead in Evil Never Dies and is a bit more like me, he has a job as a network reporter but as the story grow he learns his true passion is to write a novel. That may have come from somewhere inside me. I need to go to my day job to pay the bills, but writing is what I really want to do.


What about writing makes you feel powerful?

I don't know that I have ever gotten a feeling of power from writing, but there have been times where I have written a scene and felt a euphoric high. Right then and there I felt like I wrote something great. Maybe when I reread it the next day I didn't think so but at the time I felt like a great writer.

I hope that all 3 of my books have moment that will creep the reader out at least a little. After reading The Nightcrawler someone told me they were tossing coins at homeless men to avoid Scott's fate. I have had people get a shiver when they heard someone use the phrase 'okie dokie'. Writing the scary parts for me are the same as the rest. It is part of story building. There is a scene in Evil Unleashed that involves an infant and I was worried that maybe it pushed the envelope too far. I asked my 16 year old to read it and afterward, she said it was okay, so I left it in. Evil Unleashed is still in final edits at Samhain Publishing so whether that scene stays remains to be seen. 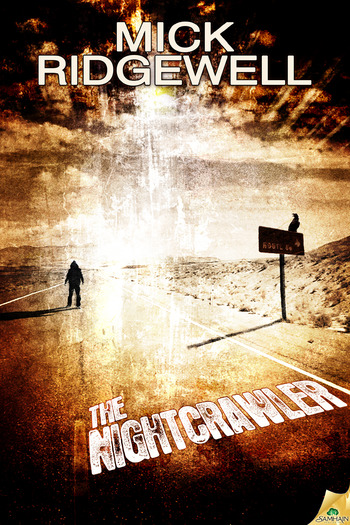 What did you learn about yourself while writing Nightcrawler?

The biggest thing I learned about myself through the whole process is, 'I can'. I'm sure many of us have wanted to do something and found excuses not to try. I don't have time, I'm too old, I'm not talented enough. The only way to find out is to start and finish. Maybe I can't be a great guitar player, but so what, that doesn't mean I can't play. Maybe I am never going to write a best seller, but I learned that I can write a good story.

I would love it if just one reader saw this interview, and set to work on something they always wanted to do. It doesn't matter what it is, just do it. Thanks for reading.

Readers can drop me a note at mickridgewell@yahoo.ca

They can find my books where ever books are sold online.

They can also keep informed about future releases by checking out my author page at Samhain Publishing.