The Possession of Michael King (2014) or Why Does The Atheist Always Die At The End Of Horror Movies? 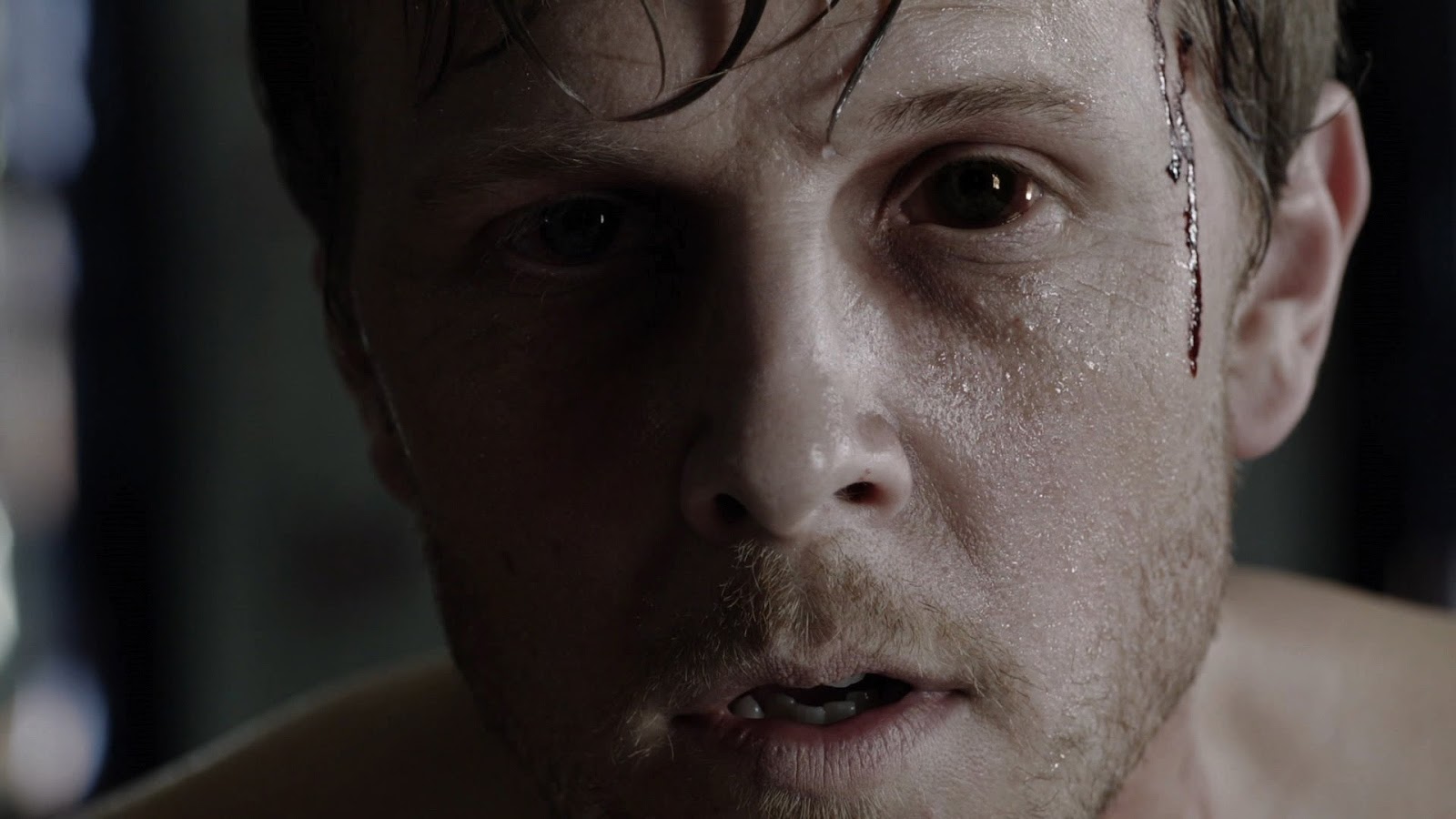 Good luck surviving a horror movie if you are an atheist. Even if you make it to the end of the film the Christian agenda that give an atheist screen time only bring the character in the film to be converted. The use of the atheist here serving Christological function to show that underneath her grumpy and goat-ly exterior they really hide their belief in Jesus existence and divinity. But does not weaken belief in general, if belief is so easily influenced by peer pressure and special effects, then what are we to make of these conversions? The second atheist story arc ends with the atheist committing suicide, albeit, for some noble cause. Like the end of I Am Legend, where Will Smith grenades himself in order to save Anna and Ethan. Atheist suicide has its rooting in French existentialism, and Albert Camus specifically. Camus who famously stated

There is but one truly philosophical problem and that is suicide. (Camus, 2014)

What about suicide makes it a philosophical problem exactly? We are born and live in life as seemily normal state of existence. Life is structuring principle of existence. What else is there? Nothingness. Existentialist opposes ontological existents against their negations. Life is defined not only by what it is but by what it is not – Death. Camus goes a step further, arguing that all here to ideological narratives (Christianity, Judaism, and so on) are structures of thought which deny/cancel out properly knowing our life. Additionally, these fictions are arbitrary. A religion’s arbitrariness can be seen in the well-meaning liberal claim that those who commit evils against the LGBT population or African American’s are using corrupting the bible. But, when the well-meaning liberal is confronted with the biblical inaccuracies of their claim they fall back to half-truths. Jesus said love everyone. In reality, the homophobic bigot has more biblical grounding for their hatred than then liberal has for their altruism. 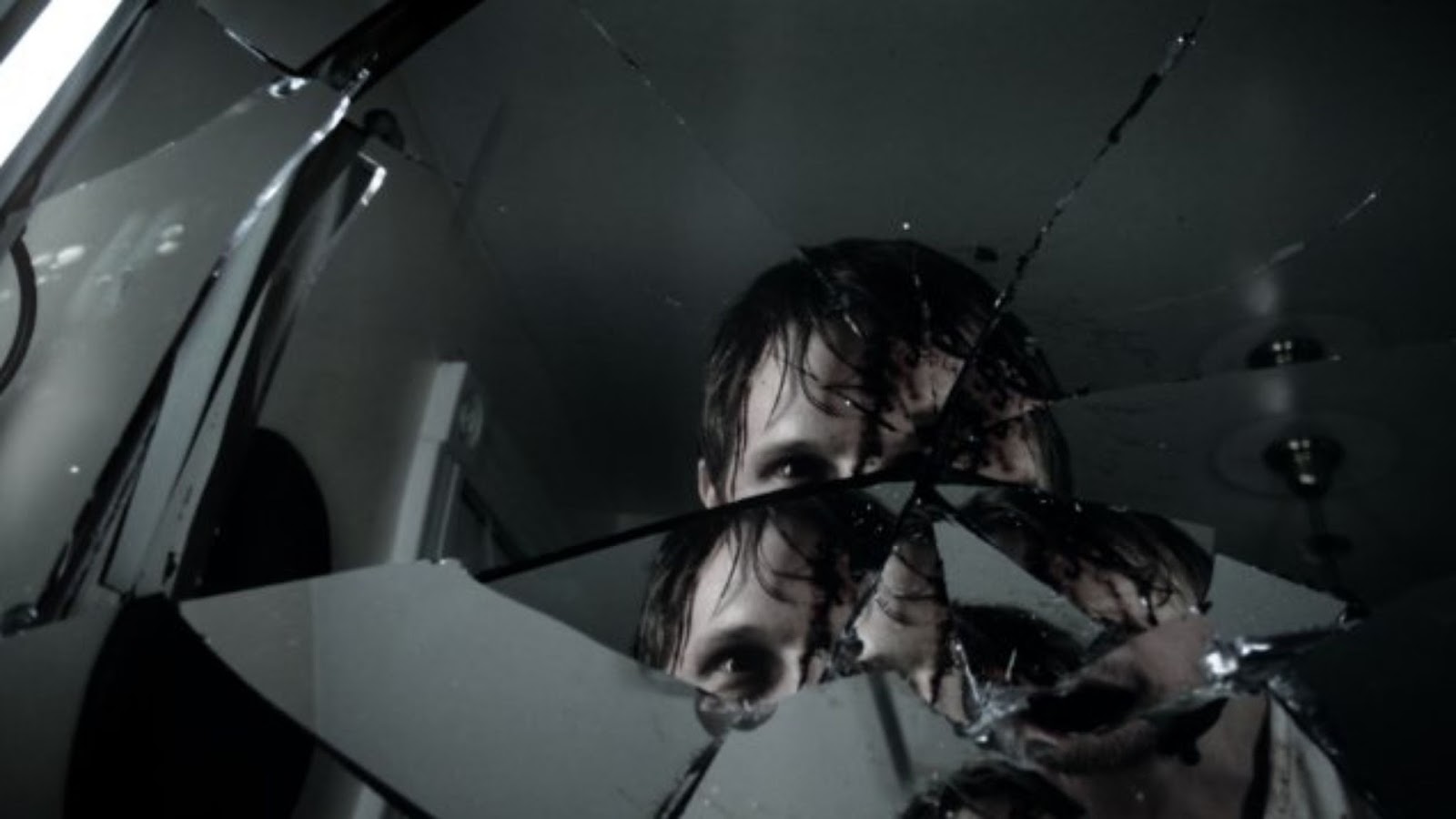 Because there is no objective perspective in which to ground our judgment between the bigot and the altruist both positions are arbitrary. The atheist, then is caught in a position knowing that the meaning of her life is only as significant as one subject relationship to one’s self. In other words, the atheist knows that the meaning of life is essentially a tautology. What this means is that life is as arbitrary as death. Neither qualified with value, life and death is an ongoing choice. To live is to choose to live. To recognize the arbitrary ones existence and spite oblivion. The suicidal atheist’s in popular narratives are the archetypes of this philosophical motif.

In The Possession Of Michael King, not only does he convert from a skeptical atheist to a god fearing Christian, he also kills himself in order to save his daughter. Killing two rocks with one bird, yes? Let’s saw into Michael King's (Shane Johnson) journey. We are introduced to Michael, Wife (Samantha) and Daughter as they are picnicking. Michael is filming his wife, and asks her to declare her new year’s resolution. Upon completion, she takes the camera and points it at Michael.

Michael: My resolution is to make a documentary about this family so I can show the world what a lucky guy I am
Samantha: you are a lucky guy
Michael: That’s Right. [looking up to the sky] And I thank god.
Samantha: If only you believed in God.
Michael: Yea that would probably help

(The Possession of Michael King)


Suddenly, the proverbial lightening strikes. Michael realizes that he has forgotten to put change in the meter. As he reaches into his pocket, Samantha (Cara Pifko) says that she will drop the change in the meter. Boom, we hear a car crash, and the film fades to dark. When the camera is rolling again Michael is declaring his intent to oust the supernatural by trying out every evil and demonic ritual he can find. The second half of the film shows his journey between creepy characters and Michael subjecting himself to their situations. In the last third of the movie Michael comes to terms with the reality of his depression, and the demon fights for control. Failing to get an exorcism from the Catholic Church he performs one on himself, waking up later with a pentagram carved into his chest.
What I find to be the most telling element in this film is when Michael confronts the cast of weirdos that put their voodoo on him, they deny the reality of their own magic. So, as Michael becomes convinced in the supernatural, he also loses the support of those who convinced him of it. Michael began the film as what appeared to be a skeptical atheist. Questioning the metaphysical and demanding evidence for extraordinary claims. Then when confronted with delusions he loses his skeptically and succumbs to his psychosis. Now a danger to his sister and daughter he tosses himself out a window plummeting to his death. Enacting the existential ritual. Choosing freely between life and death.

One of the clearest trends that I have found are invested in horror movies while writing film analysis's over the last year, is the incredible regularity of conservative politics in horror films. Many films act like republican Grimms Fairy tales. Morality plays to scare us into reactionary individualism, conservative “family values”, and/or heteronormativity. Roche hacked this point home in his analysis of The Hills Have Eyes (2006)(Roche, 2014). Comparing the Carter family’s “Family Values” to those of the mutants, he identified Doug as an outsider to both. A weak willed well-meaning liberal coward, who is forced to become a “real man” over the course of the film. The de-liberalization of Doug from a peace loving hippie to a gun toting tea party member results in creating a parallel between Doug and Big Bob Carter (the father). Big Bob Carter the model of masculine over compensation begins the film by mocking Doug’s feminine traits, but is ultimately destroyed by the leftist mutant community. Rather than a full identification Doug is an uneasy mixture of conservatism and Liberalism. 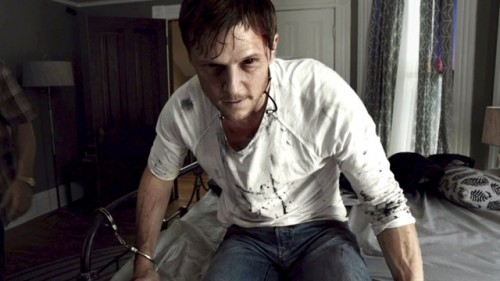 The Possession of Michael King follows the well-trodden path of religious right morality tales. The atheists while presented as a more or less nice guy, hides under his skin true evil. This call to the see beneath the surface of the atheist parallels the logic of the red scares. Where conservative positions pushed for mass deportations and imprisonment of communists and anarchist. Arguing that while these radicals might be presenting, sharing as a social good at heart they were really trying to take your freedom of religion and choice away from you. But let’s flip this politics of the heart over and see what’s on the other side of the coin. What did these communist hating conservatives really want? Power. Fearing the growth of the union’s and what unions bring (raise in wages and lessening of total profit) politicians reacted wrapped their truth in lies and marketed it to the public, much like Bush’s jihad on terrorism. Using the rhetoric of preachers they protected their political contributions. Does not The Possession of Michael King play the same game? Is not this call for the atheist to kill herself or convert to Christianity just a kind of fear ministry?
References
BrainyQuote Albert Camus Quotes at BrainyQuote.com BrainyQuote,. (2014). Albert Camus Quotes at BrainyQuote.com. Retrieved 11 September 2014, from http://www.brainyquote.com/quotes/quotes/a/a