Philosophizing The Walking Dead S3E6 Hounded, Zombie Ethics and How Many Walkers Have you Killed? 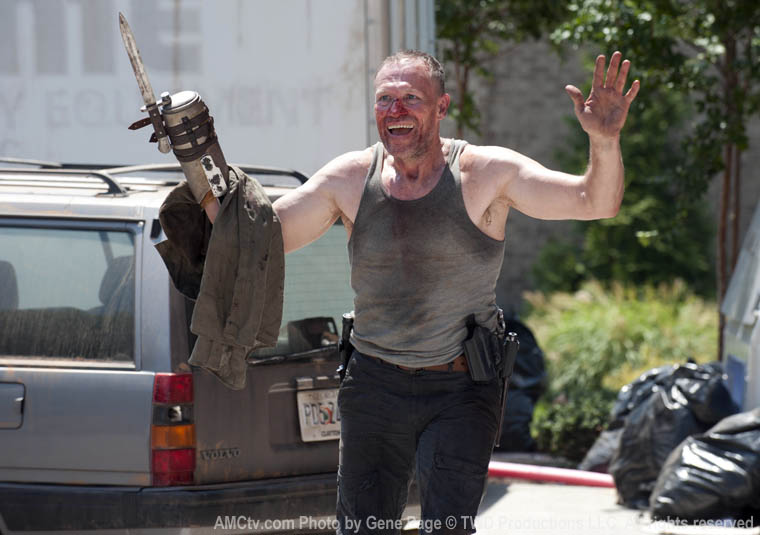 Welcome to our journey into the guts of The Walking Dead. What kind of journey? A philosophical, psychoanalytical and political kind. What I would like to do over the next couple months is dig thought the Walking Dead episode by episode to see what it can teach us. Thank you for following me on this journey. I look forward to reading your comments. Be forewarned: There are spoilers everywhere. Don’t for get to check out my previous post in the Philosophizing TWD series: Philosophizing The Walking Dead S2E5 Say The Word, The Media Apparatus and Alienation

In Hounded, Rick is still reeling from Lori's death. In the final moments of LAST EPISODE, Rick receives a phone call from an apparent group of survivors. Rick attempts to negotiation with several voices. But they are resistant to Rick’s attempts to convince them about his moral integrity. The voices ask Rick a set of questions to assess his moral equilibrium.

These questions eventually become normalized as a way to assess their moral quality of new survivors that the group interacts with. The question includes a couple obvious presuppositions. The first question assumes that everyone has killed walkers. The second assumes that someone has killed other survivors. And the third question, assumes that the answers to the first two questions have rational answers. PoeticZombie suggests that these questions are poor tools to assess an individual’s trustworthiness because the Why question digs at traumatic memories and personal information about one’s life.

I think this answers half the question. Murder, walker or otherwise, was an especially taboo subject in the pre-apocalyptic universe. Some murders may have become overwhelmed with guilt and run into a police station to admit their crimes. But, most run or go dark. Hiding the crime from friends and family. Discarding evidence and creating fictitious alibis. Or, on the other hand the murder might become a matter of initiation or bragging rights due to your kinship with a counter-culture or gang. Murder talk among the trusted was still then a taboo subject not to be discussed in front of outsiders, or individuals who have not earned their trust.

In a sense it is fitting that these questions originate from inside a prison. A machine of conviction and convicted. Prisons functioning to hid the convicted from the public or the un-convicted. Pooled into an enclosed and systemically crafted environment, prisons can use the, what did you do and why questions to assess the other’s quality of criminality. The murder, killing out of justice, in the case of revenge takes on an aura of just criminal. While the murder committed outside of reason are especially heinous because they lack the communicability provided by reason.

The why question is especially important in linking one's crime to a prisoner’s status and capacity for trust. Using the why, helps the prisoner identity co-patriots for survival, in an environment that preys on the isolated. Threat of isolation is something The Walking Dead survivors share in common with prisoners. Isolation lowers survivability. In this sense, the zombies act as a regulating force conditioning the possibilities for social organization.

In normal everyday life I do not need to assess the moral quality of individuals I share space with. I do not need to know if the clerk at Target, or the dude making my cheeseburger, or changing my oil is a murder or theft. The relationship is dictated by the use I can make of them. Cultural capital trumps relation relationships in everyday life. Looking at this from the other end, seeking deep, legitimate relationships in a social organization that operates on superficiality can monkey wrench the usefulness and cultural capital of the other.

What if the social organization of our society was normalized to seek quality relationships with everyone we interact with? Could you imagine the lines at the grocery store if we sought to have a high quality conversation with the teller and bag boy? Let’s not be confused. The way in which grocery stores or fast food drive-thru’s stories are constructed are not natural. What I mean by this is that these purchasing lanes are structured intentionally to forbid human relatedness by controlling space and time.

Let's saw into the fast food drive-thru. Seeking quick food I join a line of cars. Presumably hungry, and expecting the speed that fast-food presupposes I am anxious when the car in front of me takes an inordinate amount of time to order. When the car completes its order, I move into their space, and assume the previous projected anxiety seeking to developer my order as quickly as possible. In order to avoid transferring this anxiety to the driver who waits for me to complete my order. Confronted with the drive through menu a voice from a box welcomes me yet would rather I not respond in kind. At this point let’s look inside the fast-food machine. Inside the building an assembly line is in motion. Every worker fulfilling a timed roll. Timed not only by the manager who provides the worker with an allotted time to complete tasks, but by a machine that tracks the time in which it takes an order to complete. Some drive-thru’s even have a counter that the consumer can view through the window. This gaze, where the consumer witness the regulatory function of time on the fast-food machine, is also reinforced by the waiting consumer. In other words, the worker is pressured by regulatory functions of time, the gaze of the overseer, the quality required to keep one's job (in turn reinforced by the funding the job provides to one's lived reality), and the customer peeking through the window viewing the operation of the machine. 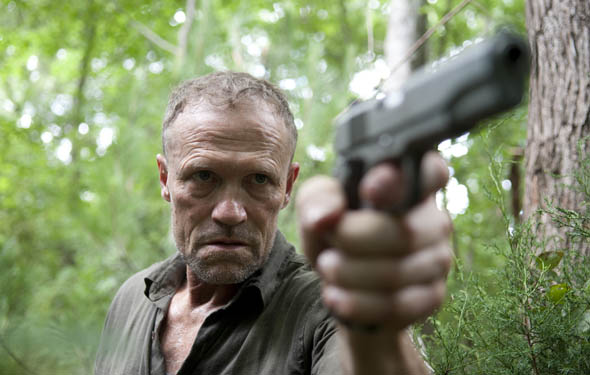 Asking how the guy at the window’s day is going is socially restricted by the operation of the machine, as well as the consumer to machine relationship. Say I broke the norm and engaged the voice coming out of the machine into a conversation about the weather. While the conversation may be welcome, but only to the extent that the teller must obey a customer service policy, it would fragment the operation of the machine. Taking time and thought away from the teller that would otherwise be multitasking. It would be like applying peanut butter rather than grease on a bicycle chain. While the machine may move a hiccup has transpired.

In the post-apocalyptic universe the superficial capitalist social relationships are an inappropriate way to organize a group that relies on the quality of each other’s character. This is where the Ricktocracy succeeds while Governor-totalitarianism fails. Woodbury’s attempts to revive a capitalism also revives the autocratic and superficial which its conditions. The governor created a system where his authority and role controls and distances relationships.

The way this works is by normalizing the Governor’s authority over the citizens of Woodbury. As they cling to his orders following them without question they are reduced to and reduce themselves to an extension of the Governors will and at the same time they relate to one another as tools. Their function becomes their value. As long as Merle acts at the governor’s henchman, he is a valuable member of the community, but the moment he deviates from the directives of the Governor-totalitarianism he ceases to be useful and a member of the community.

Returning to the 3 questions, what they do is announce to the person asked is the membership rules of the Ricktorcracy. One must be reasonable. One must be a pragmatist. One must be able to bear witness to one's evils. The 3 question process is a method of establishing a post-capitalist mode of social organization based on the legitimate relationships.