Chainsaw Exorcism With Stephen Kozeniewski Author of The Ghoul Archipelago

By SquidXIII - August 15, 2014
Tell me about yourself. What is your writing philosophy? 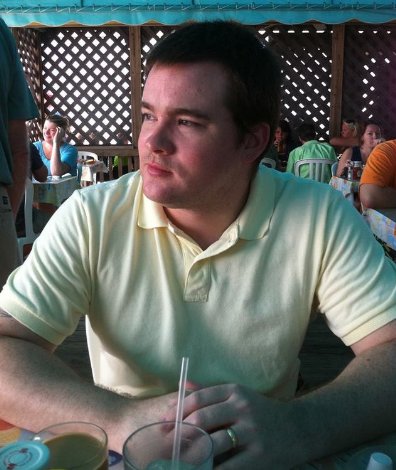 Writing philosophy? I don’t think anyone’s ever asked me that question before. I tried googling what a writing philosophy was, but all I came up with was a bunch of notes on how to write papers on Kant.

Um…I guess if I have a philosophy it’s to always be pushing boundaries. Be transgressive. There’s no point to art if it’s not transgressive. And have something to say. There’s enough pablum out there. For the love of God, please don’t write if you don’t have a message. Of course, there’s a thin line between having something to say and evangelizing, so bear that in mind.

I think initially it was a stress reliever? Though you wouldn’t know it judging by the way my mother treated me, I was a good kid. I didn't drink, smoke, toke, f**k, or any of that other fun stuff that most kids were doing. And I sure as shit didn’t exercise, so when I came home after a long, stressful day at school I would write.

I suppose now it’s just a habit. And it’s interesting because I find now that I have other outlets for stress relief, my writing suffers. Maybe if I cloistered myself like I was sixteen again, I’d produce something really great.

What’s the process like? What inspired you to write The Ghoul Archipelago?

I never understand people who talk about process. I guess some people have a process. I just write and sometimes I think about my stories in the car or in the shower, and then other things to write occur to me. So not much of a process, really.

THE GHOUL ARCHIPELAGO actually started as an idea I had in about 2003/2004 for a zombie TV series. The first season would’ve been effectively Battlestar Galactica on land. Then I wanted the second season to take place on the ocean, with a cult of zombie-worshipping pirates as the main antagonists. By the time I realized that America would never embrace a television series about zombies (it is to laugh!) and set out to rewrite it as a book, I realized the second idea was by far the stronger one.

Well, I always identify with villains in stories. I’ve always thought of myself as a villain. Not really sure what that says about me. I did try to craft my three main villains (Bergeron, Sonntag, and Fall) to be as repulsive as possible, so I don’t actually identify with them quite as much as the average, run-of-the-mill villain. I did give every character in TGA at least one of my personality traits, so they all reflect me in some way.

Powerful? Is that a thing writers feel? I mostly feel powerless. This is a job rife with criticism and rejection. Every day I get either a new review, new editing comments, or a new rejection from an agent, publisher, or reviewer. I don’t feel powerful. I feel about as vulnerable as a human being can.

Is the novel scary? What was it like writing scary parts?

I hope so! Well, a few readers have said so, anyway. I like to think it’s pretty hardcore, but I’ve also read Ed Lee and Brian Keene, so I know what I’m producing is not as extreme as horror can be.

Writing the scary parts was actually pretty matter-of-fact. I mean, I knew writing the barbed wire sex scene for instance, would gross someone else out, but once I had the idea it no longer scared me personally. So I just knew I had to dig down deep and thumb my thesaurus to the page on “viscera.” 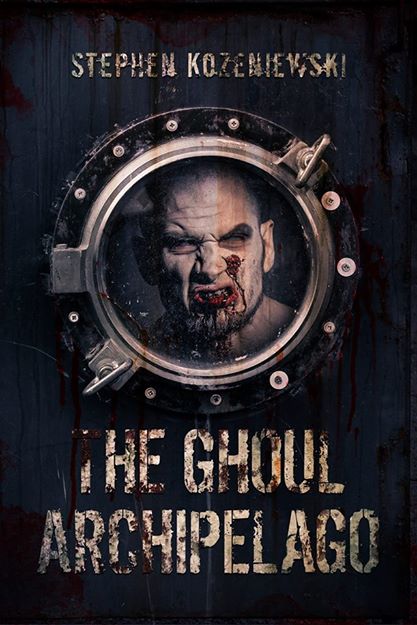 How do you incorporate Marxism into your horror?

My newest release, BILLY AND THE CLONEASAURUS, is a pretty direct critique of capitalism. I don’t think that requires a lot of explanation.

THE GHOUL ARCHIPELAGO may be a little more subtle as a Marxist parable. There are some obvious nods to the Russian Revolution if you know to look for them. (The heroes, for instance, rechristen their boat the Potemkin.) The zombie threat, as I see it, is minor and manageable. The very richest and most powerful oligarchs could easily work together to protect the survivors on the archipelago, which would be in the best interests of the human race, long-term. Instead, though, religious, military, and business interests conspire to exploit the few remaining people and squeeze them of what scant resources remain, so that the bosses can be comfortable. It requires revolutionary effort on the part of the Potemkin sailors to end this abuse.

The entire story is just a sad reflection of real life. I think we’re living in antediluvian times now, and the bosses are just making sure they have only the finest Stradivariuses to fiddle with while Rome burns. Ecological disaster looms, but the Waltons seem more concerned with making sure they can afford industrial strength air conditioners for themselves than making sure everyone else doesn’t bake in the sun. The energy crisis is about to consume society, but BP would rather stockpile what little oil is left than work on alternative fuel sources. The consolidation of power and money in the hands of the very few at the expense of the many is happening every day all around us. So the question is: what kind of effort is required in real life to end these abuses?

What did you learn about yourself while writing the book?

I learned that this is what I’m capable of. TGA is my magnum opus. I never wrote anything like it before, and I’ve never written anything like it since. This is my Dune. I hope I can reach that level of quality again someday, but if I never do, I can live with having only TGA as my legacy.

Well, they’ll certainly learn if they’re squeamish. And aside from that, I hope they’ll take a hard look at how they think society works.

I’m active on most social media, and may I just take this opportunity to also plug my mailing list. Social media can always fail (imagine if you were following me on MySpace in 2006) but mailing lists are forever.