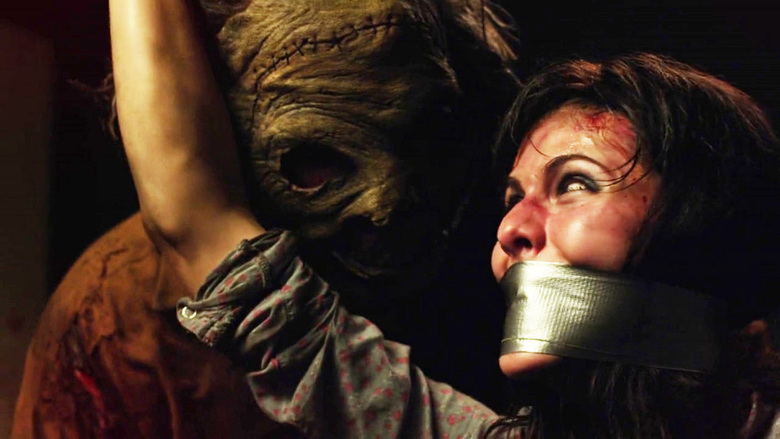 There was a time when most slashers wouldn't dare to disrupt the status quo. They would pump out sequels like teenagers who didn't understand how birth control worked. Then Scream came along and deconstructed the 80's slasher for viewers. Horror folks might have already been in the know, but the general public had no clue. When the rules entered explicit public filmic discourse, the equilibrium of the slasher status quo became disrupted. For better and worse. I'd argue that this trend sawed to chunks the repetition of the slasher formula, and opened the door for difference for difference sake. Scream 4 made a good point when one of the characters made the point that in the post-modernist horror film all the rules are off. Implying that the key post-modernist horror moment is that moment in a film where the film makes it clear that it is playing by no rules other than its own. But is this truly the case?


With the rise of the 80's slashers, we found our self confronted with the final girl. That chick who is persecuted and hunted by some masked man. Through the slasher films, the final girl would transform from a meek and mild virgin to a (still-virgin) warrior queen. Turning on the masked dude with the typical tools of female servitude; irons, frying pans and coat hangers. In the late 90's, a new archetype poked it's head out from under the machete- the final woman. The final woman was post-coital and did not require a transformation through the film. She was ready to fight from the get go. When masked dude showed up the final woman would control her fear, run and fight back. Then, something else started happening. The girl who we thought was the final-girl or final-woman turned out to be evil or more evil than what was persuading her. The post-modern-evil-beast-lady either turn into something worse than the evil presented in the film or be the one the orchestrated the horror in the first place. Let's saw into Texas Chainsaw 3d.


Heather Miller (Alexandra Daddario), a lowly grocery store butcher, is planning to go on a road trip to New Orleans with her friends for Halloween. A letter interrupts her plans and forces her to confront the reality that she was adopted. The letter mentions an estate that has willed to her so she changes her road trip plans to head out to Newt, Texas. Quickly the crew learns that there is a Leatherface in the basement and get killed. Heather survives the first waves of attacks but is not able to escape the shady townspeople who massacred her family. Joining forces with her cousin Mr Leatherface they seek and find revenge.

Heather is introduced to us as an oddball. She is a too-pretty-girl that is working in the butcher shop of a grocery story and using her spare time to make art out of the left over bones she brings home from work. The film uses these two traits to attempt at establishing Heather's moral impurity. But does it fit? Outside of the opening scene Heather fulfills the semi-virginal final-girl stereotype. Heather is a shell of personality propelled through the story by either being chased by a dude with a chainsaw or being a victim of the manipulation of men.

It is interesting to note the role that men play in this Texas Chainsaw 3d. Heather's boyfriend is cheating on her. The trustworthy hitchhiker tries to rob her. All the cops and all male townsfolk are corrupt. The young cop tricks Heather into thinking that he is on her side in order to lock her in the back of his cop car. The only dude that stands out as a stand up citizen is the metro-sexual that is dating heather's friend. And Leatherface is Leatherface. Even the well-meaning Sheriff is the worst kind of bystander, who stands idly by, as a town massacres the Sawyer family.

The film appeals to the biblical imperative - eye for an eye - twice during the film. Once during the begin after the Sawyer family is set on fire, and once in the end when the Sheriff pronounces just done when the Mayor is evaporated by a meat grinder. How can one trace morality through this maze? I have a hard time buying the idea that Eye For An Eye was meant to apply situation as the one presented in this film. The original sin here is massacring of the youths in the first film, which sets loose the vignette justice at the beginning of Texas Chainsaw 3D. There is a sense in which this could be appealing to George Bush's war on terrorism ethics. The idea being that because the United States is incapable of being defined as a terrorist that its terrorist like behaviors is justified means for national defense.

Let's remember the Sadism that the Mayor unleashes upon the disarmed Leatherface in the finale. The Mayor and his crony gang up on Leatherface to which leather face lets out pathetic squeals. The Mayors goal here is not just to kill Leatherface but to humiliate him. A tactic not unfamiliar to how he was treated by his own family. In the original film, he is perpetually berated and beaten by the father figure. What adds to the misery of the scene where Leatherface is being beaten by the Mayor is a potential failure of his own vigilante justice combined with the symbolic imbalance of power. 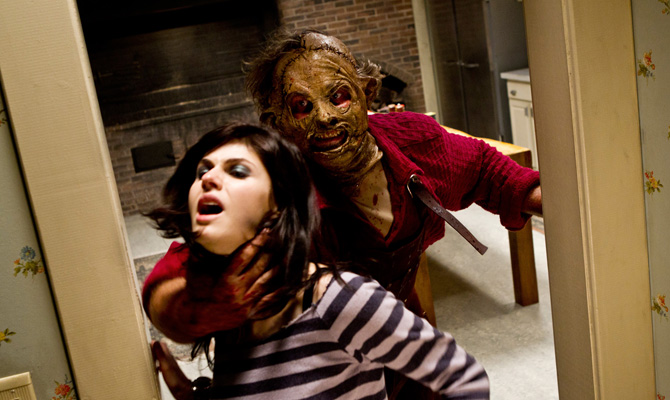 As I have argued above, the ethical substance of this movie is all over the place. Justifying one revenge and condemning another. Feigning a kind of twisted justice where all wrongs are righted only when everyone who felt wronged is dead. The assumption could be made that the reason for this is because Texas Chainsaw 3D is a poorly made film. I'd argue that this is half the problem. While, the film overall was sourly lacking in the qualities and content that made the original a masterpiece, and the other remakes watchable, I think the problem her is not the quality of the film but the final woman transitioning into the final woman. The discordant woman spun into a slasher with the singular goal to consciously subvert the rules and trends of the slasher sub-genera. But to what end? This is where Texas Chainsaw 3d ultimately fails. The film is propelled in a new trend without fully understanding the post-modernist discourse. Unlike films like, All The Boys Love Mandy lane, Texas Chainsaw 3d was not able to establish a believable subversion.