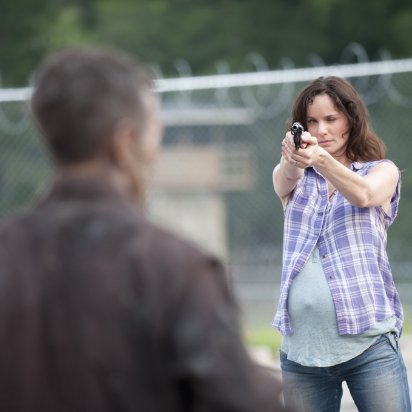 Welcome to our journey into the guts of The Walking Dead. What kind of journey? A philosophical, psychoanalytical and political kind. What I would like to do over the next couple months is dig thought the Walking Dead episode by episode to see what it can teach us. Thank you for following me on this journey. I look forward to reading your comments. Be forewarned: There are spoilers everywhere. Don’t forget to check out my previous article in the Philosophizing TWD series: Philosophizing The Walking Dead S3E3 Walk With Me And Idealized Post-Racial Sentiments Only Serve To Colorblind Reality

Lori is a tougher sell in the TV series than the comic book. For me, this comes down to an addition to the TV show that was not in the comic. In Secrets S3E6 Lori sends Glenn out to town in order to gather morning after pills. Lori is pregnant with what is in all likelihood Shane’s offspring. So, what is the purpose of this scene? Up to this point Lori was portrayed as intelligent yet morality irrational.

In whose interest is a female lead behaving psychotically out of character? Conservatives. It is important to remember that popular fiction is not just a story, but a narrative geared towards ideologically shaping a viewer. A TV show needs a minimal of general relatability across themes, characters and plot points in order to support an audience’s ongoing attention. A way to describe this relationship between the viewer and the character in a narrative is codependent transference. The script writer creates a scene in order to evoke a specific spectrum of emotions. In turn, a scene will also use emotional cues to move the viewer into a specific range of emotional possibility. The transference here is the viewer’s reaction to a scene keying into the intended emotional effect.

Keeping transference in mind what was Secret's intention using morning after pills as a device in Lori's character development? There is a sense in which the scene defies intelligibility. As if Lori is caught under the emotional wave of pregnancy provoking some assumed maternal irrationality. The episode and the episodes leading up did assert a complex set of stressors. What is at stake is the survivability of the group. Without knowing Rick's perspective on her affair with Shane or how he feels about his wife giving birth to Shane's child she assumes the worst. This perspective is reinforced by a general hopelessness that has been bubbling in Lori's mind since they arrived at Hershel's farm. 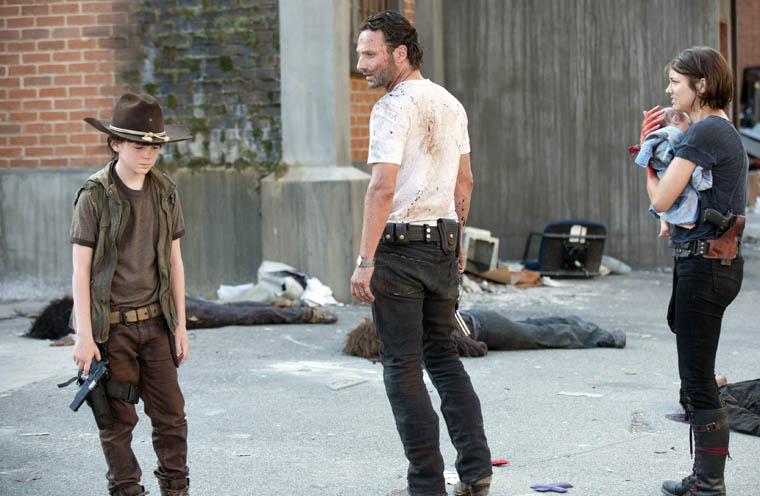 Does hopelessness justify Lori acting against her own intelligence? Personally, I don't buy the line she uttered that she did not know if Morning After pills would end the pregnancy. Up until this statement while Lori's actions were morally erratic they were never without a sense of intelligence to them. Also, she is already a mother, so she knows how contraceptives. Is the zombie apocalypse really enough to cause a brain fart about most common contraceptives. Rarely can we get away with not knowing how condoms, birth control and so on, function. One of the key difference here between Lori and myself is the state we were born in, and the age gap. I attended sex ed during the early 90's and due to the AIDs scare my sex education was obnoxiously clear about the horror and the risks of unprotected intercourse. Lori, on the other hand, in all likelihood grew up in Georgia, which has a significantly more conservative approach to sex education. The syllabus for Georgian sex education may have gone to great lengths to promote biblically-based abstinence only education and avoided discussion of contraceptives entirely. Lori also has a good 10 to 15 years on me and may have been experiencing the information of a 70's or 80's sex education.


Outside of imparting the potential sex education, and drawing on narrative entirely outside the show's plot can I see a justification for Lori's ignorance surrounding the uses of birth control. If we consider the act of taking birth control metaphorically the scene does accentuate the intense emotions that Lori was experiencing. Her nihilistic hopelessness foreclosing a vision of a vision of a future state where should be a happy mother and wife. The nihilism here is partially motivated by the ongoing apocalypse and life or death baby-mama-drama that risks putting Rick and Shane at gun point and lowering the survive-ability of the group. There is an awful lot at stake regarding the knowledge of Lori's pregnancy. Nonetheless, the responsibility for the idiocy of using birth control as a plot device lies squarely on the shoulders of the TV show’s creators. What was their agenda? 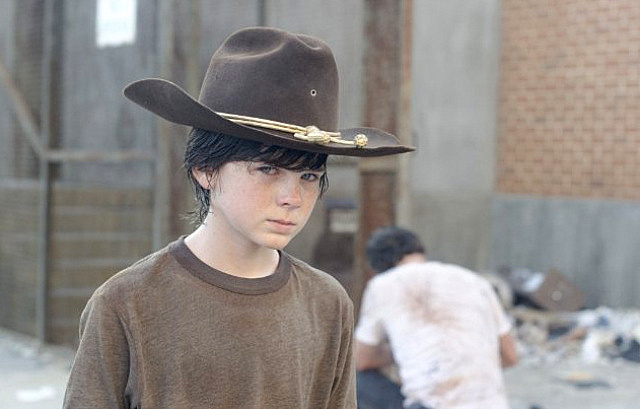 Flashing a season forward in the show’s title Killer Within takes on a double meaning. One the one hand, there is a prisoner on the loose who is orchestrating a set of events in order to use the zombies as a weapon against the survivors, and on the other, the infant who Lori tried to emancipate from her gut has turned the tables and become the cause of Lori's death. Why do you think Lori was used the way she was in the Walking Dead? The bitter irony here is that the tragedy depicted in this episode in a sense transfers Lori's nihilistic sense of hopelessness to the viewer and specifically Rick. When Lori gives her last words to Carl one is confronted with the horrific truth that Lori has finally met the end that she was seeking. The advice in her words plays on a couple levels. On the surface, it appears like solid advice from a dying mother to her son, on a deeper levels. Its acts as an apology for her behavior throughout the show.

This is what I want. This is right. Now, you take care of your daddy for me, all right? And your little brother or sister. You're gonna be fine. You are gonna beat this world, I know you will. You are smart and you are strong and you are so brave. And I love you. You gotta do what's right. You promise me you'll always do what's right. It's so easy to do the wrong thing in this world. So if it feels wrong, don't do it, all right? If it feels easy, don't do it. Don't let the world swallow you. You're so good, my sweet boy. You're the best thing I ever did. I love you. TWD S3E4