Chainsaw Exorcism With Kevin Wimer Author Of After The 4th: A Zombie Novel 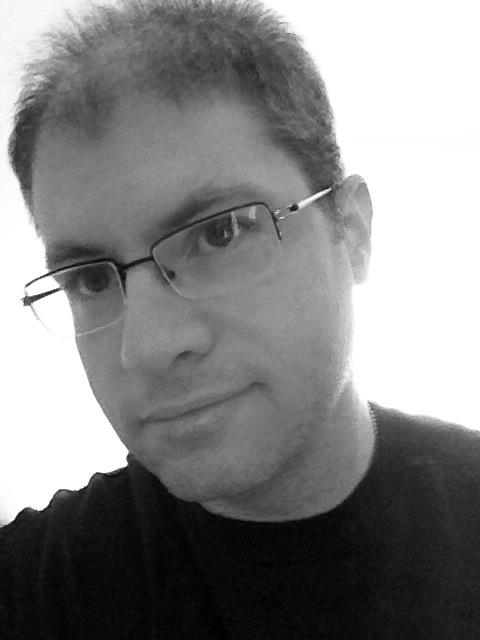 I started writing a few years ago after I lost my ability to draw. Drawing had always been a creative outlet for me. I wasn't the best at it but I always enjoyed doing it, it was my escape. After suffering an illness I lost that ability and lost my escape from the world. I was looking around on the internet and I came across a website. The site was Permuted Press author J.L. Bourn (Hotel23.com). I began reading stories that people had written and posted. I had always liked zombie movies but never thought about trying to write a zombie novel.

I think that day, I didn't find writing, it found me. It was just by chance that I found that website and started reading. I walked away from the compute with a new outlook and a new adventure. I felt like writing was something that I not only wanted to try but it was burning a whole in my brain to give it a shot.

I had tried in the past to sit down and write a short story but never felt connected to it. I started writing my first novel in 2007 called "The Day After The Fourth" and I didn't finish it until winter of 2013. I wrote it in my free time, something at that time I didn't have a lot of due to my illness. It was a great learning experience and something that helped me with my illness. It helped in keeping my mind active. I had to also kind of re-teach myself how to type and writing helped tremendously with that.

Since that time period my mind has not stopped in creating new projects.
Why do you write?

I just enjoy creating. Writing is not only an escape from reality but it's like having a small child in a lot of ways. That project you are working on is your baby and you are so guarded about it. You write your first draft and then you read it for the first time in full. You find new things to add to it as you watch it grow with each process of it taking on a life of its on.

Writing is a way for me to be active not only on websites, in public, but in my mind. I'm a very creative person and I have always been that way. Writing lets me go where drawing never let me.

What’s the process like? What inspired you to write?

I used to think I had to write when I was in the mood. When I first got sick I was in and out of doctor appointments all the time. So the times that I did get a chance to write I was well rested and ready to take on a few pages. My writing habits have changed since then. I have set a word goal for each new project and I stick to that. My goal has been at least two thousand words a day. I have passed that a few times while writing. There is something about getting into a grove and writing eight to ten thousand words in a couple of hours.

My inspiration is my family. They have always believed in me and I have always been told if I want something bad enough to go for it. There have been a lot of writers who inspire me to write, Tony Monckinsi, Stephen Hunter, Stephen King, Garrett Cook, Jim Butcher and so many more. I hope to one day be able to walk onto the same playing field as they do, but until then I will keep writing and honing my craft.

Just being alive and being able to wake up and see the day, that is enough inspiration for me to write. If it ever starts to feel like a job that I hate going to, I will stop writing.

That is a good question. One of my all time favorite characters is "Bob Lee Swager" that author Stephen Hunter created. I like the grit that he has and toughness. Tony Monchinski created a character that shows up in his "Eden" series that I really like. The Character is named Bear. I think I like those tough guys who can at times show they have a heart.

My Character, John Walker, is one that is tough with no give up in him even when he feels that he could not take another step. I tried to show that he has a heart in there somewhere. It is tough writing characters like that. If you write them to be super tough people look at them as not human. I'm still looking for that balance of a perfect character.

I don't know if writing or anything about it makes me feel powerful. I think just sitting down and putting something together to have out there in public for others to read and rip apart shows a great strength. I take whatever criticism that is given and learn from it. I don't let the negative get to me or get me down. I take that and use it to hone my craft and to be a better writer. Maybe all of that makes me feel powerful.

My first novel "The Day After The Fourth" I wouldn't call it scary. It might have some tense moments of "What is going to happen", but as far as jumping out at you scary, no. I tried to write something that was fast paced with action while some parts are slow allowing the reader to get some insight into the characters. I really enjoy writing the action scenes.

I have taken the challenge in the last few months to write something scary or crazy. I find those scenes tough to write. You have to think "What will scare the hell out of someone" and try to write that. There is one new project that I'm waiting to have back from my editor. I found it very challenging to write something creepy, scary and with action to it. I'm finding if I let my mind go the dark side will follow. 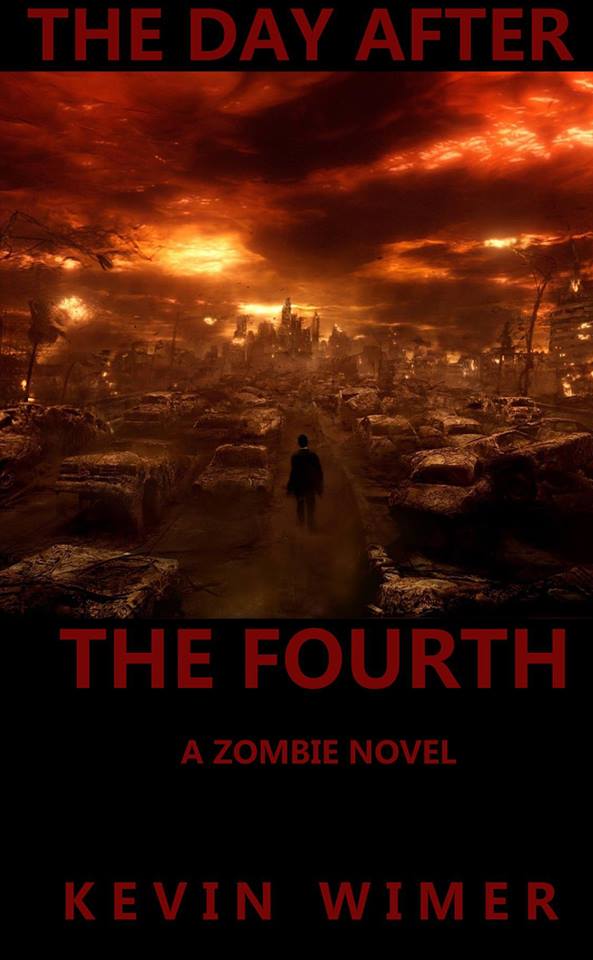 What did you learn about yourself while writing the book?

That is a good question. I learned a lot about myself. I have the will and drive to not give up and keep going. Writing my first novel showed I can do it and that I can improve. I wrote my novel while trying to recover from an illness and it showed that I have the determination and will to write through tough times.

The whole process of writing was a learning experience. I enjoyed every second of it and I wouldn't change a thing about it. I think writing should be about pushing yourself to new limits. A friend once told me (Thank you Ashley) to never write in one genera, branch out and see where your mind takes you. If it was not for her advice I might not have tried other areas of writing. My comfort zone was writing zombie fiction.

I'm not sure what they might learn about themselves. Maybe they are more of an action junkie than I am?

Where can readers go to find out more about your writing?
Readers can find me on Twitter at "KWimerAuthor" and Facebook under "KevinWimeAuthor" and on GoodReads as "KevinWimer" under their author section. I also have an author profile on Amazon.com. It will list my novels and from time to time I will post an update about what new project I have coming. Most of the time I like to stick with Facebook, GoodReads and Twitter.