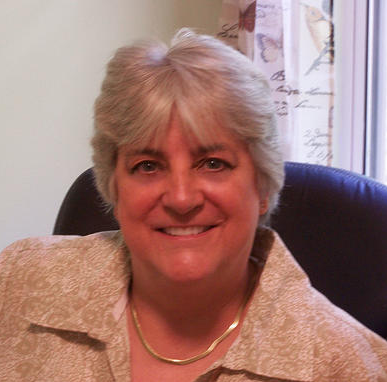 Tell me about yourself and your writing?
I’m from the state of Maine. As you have probably heard, Maine is riddled with superstition, ghost stories, haunted houses, and tales of those who practiced witchcraft. I grew up hearing all of those stories. I remember my Grandpa Murphy, who was a fisherman that lived in the small village of Sebasco Estates, as he would sit in his chair in his very tiny living room late at night and tell stories of witches and demon-filled people that he knew from the time he was a young lad. He didn’t have a TV and at times the silence was deafening, until he started telling those stories, then my heart was pounding so loud in my ears it nearly drowned out what he was saying. He truly believed it all, and that made it even scarier. I think it was then that I first thought of writing stories like those he told, but I was very young then and I had a lot of living to do.

I became the co-editor of a small bi-monthly newspaper back in the ‘70’s, and did a little ghost writing and poetry. In ‘77 I got married and travelled a bit. I went to Paris and saw how people lived there, and since my husband was in the military, we travelled all over the United States. I believe I’ve been coast to coast, by vehicle, about six times. I then entertained the idea of writing for children and teenagers, and so I took some classes and graduated from the Institute of Children’s Literature, but then realized I was more suited to writing for the more mature reader. Still, life was in my way and writing didn’t quite have my full attention. Finally, in the early ‘90’s, I got serious about writing a book that had been bouncing around in my brain for years. I did some research on Salem, MA, and Voilà! Evil Reign was born.


Why do you write?

So my head doesn’t explode. No, sorry, why do I write? Well, because there is no greater feeling than to write something, have someone read it, have them gaze out a window or stare across a room, and know that you, and you alone, caused them to stop and think. To know that you created this image in your imagination and was able through the power of the written word to enable a person to “see” and to “feel” what you created.
What’s the process like?

For me, the process is always on-going. Nothing is ever written in stone. I do create an outline, I know many do not, but I do. I don’t always follow it. For me, the outline is merely to give me some direction. Once I know I have somewhere to go, my mind relaxes from the pressure of formulating a storyline and it’s then my imagination can kick in and create a world of its own. Characters sometimes evolve into someone completely different than what I may have first intended. And this is fine by me. It only means I’ve succeeded in creating a mind separate from my own.
What inspired you to write Evil Reign? 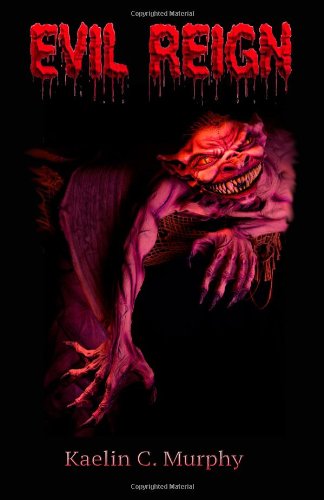 My brother. I first started writing stories to entertain my brother, who was three years younger than me. The story then was called, “The Shrilling Scream of a Witch.” He would listen intently as I read to him what I had written each day and always begged me to write more because he couldn’t wait to hear what happened next. That story fluttered around in my imagination for years and eventually evolved into “Evil Reign.”
What character or characters do you most identify with and why?
Peter Amado. He’s the good guy that teeters on the line between good and evil. He’s got a lot going on in the dark crevasses of his mind, yet always seems to step back into the light just in time to save his soul from eternal torment. At least—so far.


What about writing makes you feel powerful?
I guess it’s the thrill I get when I’ve created a being, with thoughts and feelings. When I succeed in making a person feel as if they have been to this place I’ve created in my mind.


Is the novel scary?
I think it has scary parts, yes. A bit gory even. But I don’t dwell on the gore for very long. Only long enough for the reader to see it, and close their eyes, then I know I have shown them enough.


What’s it like writing scary parts?
It’s spooky. When I remember that it’s coming from me, I sometimes get the chills. Where does it come from? I don’t know. Many places I suspect. From the stories, I heard growing up. From books I read, the movies I watched, who knows? I just know it’s there, wanting to come out, and when it’s finally freed, it’s exciting to know I may have given someone the goose bumps.


What did you learn about yourself while writing the book?
I’ve learned that with hard work and perseverance, I can succeed. I’ve realized I have the ability to decide whether to create a dream or a nightmare. It’s ultimately up to me.


What might readers learn about themselves?
That’s a hard one to answer. Everyone is different. Some are careless. Some have convictions. Maybe they might discover on which side of the line between good and evil they stand.


Where can readers go to find out more about your writing?

They can visit my website, www.kaelincmurphy.com, or www.Goodreads.com. . I also have a blog. It’s attached to my website and to http://kaelincmurphyblog.blogspot.com/ . I’m currently working on the second book of the Evil Reign series. I hope there will be three or four more before it comes to an end.
I want to take a moment to thank you for your interest in my work and Evil Reign. I hope everyone, even though it may not be everyone’s typical read, will check out Evil Reign. I’d love to know what you all think— including you, izombiheartzoey.