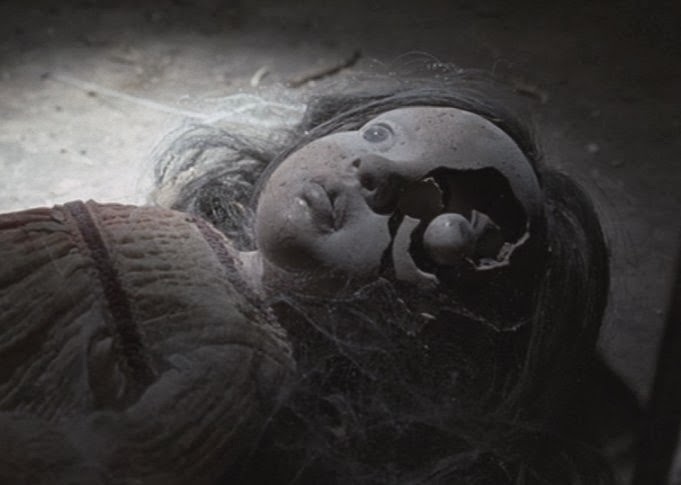 I had a strange thought while I was watching Rinne (aka Reincarnation). I wonder how The Exorcist impacted folks in Japan when it hit their borders. I forget the source, but I remember reading that when the first Christian missionaries arrived in Japan and began spreading the world, one of the first responses was, "Why did you take 2000 years to let us know?" These are pre-globalization problems. Now, that the capitalist lines of production have swarmed upon every major city in the world; information flows. Yet, it only works one way in America. We export rabid self-destructive individualism coated in Christianity out of the country, but what is imported get an American glazing first. I'm thinking about REC, which was not released on video until the remake (Quarantine) was out of theaters and on DVD. It's as if in order to prepare the American market for foreign goods, first we need to re-narrate foreign ideas.

Rinne is a film about reincarnation gone wrong. Nagisa (Yuka) is an actress trying out for the role for a movie reenacting a massacre in a hotel. The problem is that Nagisa is the reincarnated version of the killer, but doesn't know it. The film uses several binaries that work as negations of negations, to process contradictions holding the same place. A little girl and her Doll. The eyes on both versions of the doll, bashed in and red. A fictional movie and its real counterpoint. The actors are dragged to the abandoned hotel and commanded by the director to lay down in the exact spots of the murder victims. The hotel is then recreated in a movie studio. The film uses the doubles to accentuate Nagisa's realization of her 'dual' nature. As the film progresses contradictions collapse upon each other and split the narrative off in several directions. 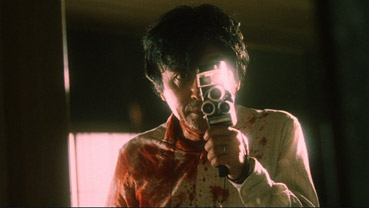 Nagisa is an actress in a film about the murders and her reincarnated self-recorded the murders on a super-8 camera. There is a complex scene where Nagisa's agent is watching the 'real' murder tape, while Nagisa is acting out a scene in the film. During the murder, tape we see the full massacre at the hotel, at the same time, Nagisa is pushed into a transcendental/psychosis space where she is confronted by two child victims of the massacre who have been taunting her through the film. In the end, of the film we are presented with a scene much like the end of Psycho, where the mother has fully realized herself in the body of Norman Bates. As the film closes Nagisa gives a sinister smile to the camera, as if to confirm, that the two person-hoods have melded or that the killer has taken over.

In theory, reincarnation is a bureaucratic system of transcendental purification through a caste system. When you did you actions are measured for its karma and the system redistributes you into new matter; baby, goat, grain of sand and so on. The reincarnated opportunities match the end result of your total accumulated karma, and you are either moving down a level to say an anteater, kept in the same place, or moved up a rank to a penguin (Yes, penguins are more ethical than humans). The cycle continues to percolate endless until you karma-tic good reaches the point where you become worthy of being ousted from the cycle of life and death.

The situation that Nagisa finds herself in is comparable to the concept of original sin being passed along bloodlines and creating a totalized class with blood guilt. Reincarnation, on the other hand, isn't so much like a Sexual Transmitted Disease (like Christian sin), because the sin is infused into 'soul' of the individual caught in the karma-tic system. What I find particularly interesting is that even though Nagisa entered into a life with amnesia in relation to past-life's sins, the ghost still persecutes her as if she existed totally as the individual that killed them. In the metaphysical anything can be justified. But let’s saw into this psychoanalytically. 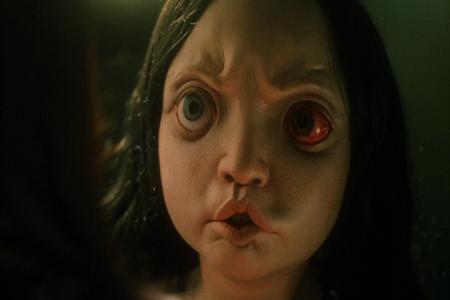 We enter the film with a mostly clueless and submissive woman with self-esteem problems. As the movie progresses though achieving her role in the movie and finding her place in the world the ghosts interject themselves into her life. Scared by the several interventions, her mind seeks to contextualize the trauma, not finding grounding in her lived reality she pushes beyond it, and incorporates her spiritual beliefs as a frame of reference. Taking a step back, what might an average Japanese Buddhist interpret The Exorcist? Of course, they wouldn't jump at the Christian theological framing the film uses, but their own lived reality. The demon, then becomes not some roaming transcendental evil that possesses the body of a child, but a previous life fighting for a fully realized embodiment.
2005 demons Doll Ghost horror Japan Japanese Massacre Philosophy psychoanalysis Reincarnation Revenge Rinne The Exorcist