Welcome to our journey into the guts of The Walking Dead. What kind of journey? A philosophical, psychoanalytical and political kind. What I would like to do over the next couple months is dig thought the Walking Dead episode by episode to see what it can teach us. Thank you for following me on this journey. I look forward to reading your comments. Be forewarned: There are spoilers everywhere. Don’t forget to check out my previous article in the Philosophizing TWD series: Philosophizing The Walking Dead S2E13 Besides The Dying Fire or Why Are Daryl and Merle in the TV Show But Not The Comic?

Season 3 of The Walking Dead reintroduces us to the group of survivors who have been weathered by around nine months of scavenging. They have learned new tricks of the trade and have become more disciplined survivalists. Upon reaching a home, they quietly move through the building like a swat team using hand signals and face gestures until the area is clear. Then move to rifle through the home looking for goods. The Episode also introduces us to a rougher Carl, who finds a couple cans of dog food which he presents to the group as mid-afternoon snack. Disgusted, Rick takes the can and tosses it.mid-afternoon snack. Disgusted, Rick takes the can and tosses it. 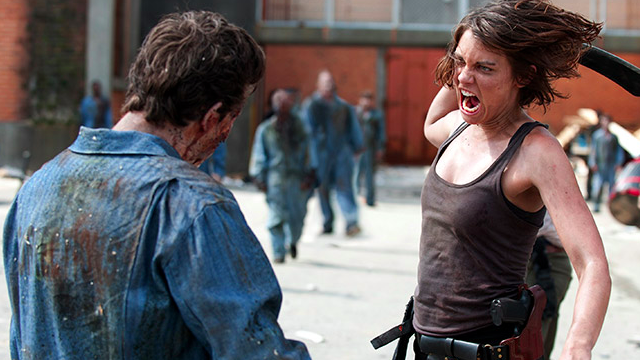 Why is Rick so bothered by the can of dog food? Rick is seeking to keep up the appearance of human dignity. Ditching the dog food is a way for him to tell the group that they are not animals, enough though they live like them. Scavenging like a herd of dogs through the streets. The problem here of course is that there are legitimate nutrients in dog food, and the dignity Rick is fighting to uphold isn't supported by the universe of meaning they are living in. What would support their dignity? Dignity is a relational concept which seeks where a person or a group seeks up uphold a value in the face of a dominant group which is trying to devalue them. Dignity independent of an oppressor is a meaningless concept.

Rick is fully flung into bad faith. Bad Faith is an existentialist concept that Sartre used to identify appeals to the transcendental or rational to justify meaning to our existence. Say for instance, if the group of survivors had tied down Carl with the intent to chop off his foot for a snack, and Rick intervened in order to uphold a sense of dignity, this would function as an act to maintain a value which is higher than the zombies which are eating them. Ditching the dog food is appealing to pre-apocalyptic definitions of humanity and values. 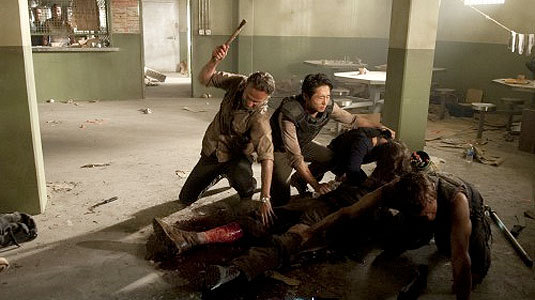 In juxtaposition, the episode is capped off with a radically different value set. As Rick, and company are clearing out the zombies in the prison Hershel gets chewed on. They pull him into the prison's cafeteria and Rick chops off Hershel's chewed leg. In the scullery, a group of prisoners is taken back by the radical brutality of the Ricktocracy. The message here is that when it comes to routine choices that are low risk appealing to bad faith is not problematic, but when a choice comes along that challenges Rick's selfish motivations rules and dignity are tossed out the window.