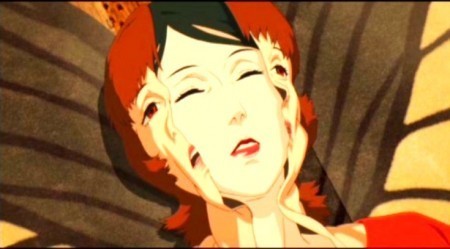 I have lived most of my life without remembering the majority of my dreams. Although, I do not remember my dreams I know that I am telling stories to myself at night. From the evolutionary perspective dreams fulfill the function of keeping us asleep in order to recuperate or rather 'reset' before meeting a new day. Freud argued that our dreams are elaborate narratives where we seek to fulfill our wishes. Sometimes our wishes are fulfilled in a direct manner. So, for example, just before my alarm clock when off this morning I had a dream where I was walking upstairs to find a cabinet jam packed with cereal boxes. I have been out of cereal for about a week and materialized via dream a conscious wish. Or it can be like a dream I had about zombies over taking the ship I was in during the navy. Dreams use complex stories to displace meaning in order to hide from the dream that a dream has been fulfilled. In Paprika, a machine has been invented that lets you consciously access your dreams and record them in order to work through their meanings. 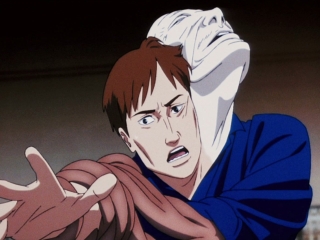 What happens to dream interpretation if the dream can be recalled to memory as if it was a movie? What happens when you are dislocated from your dream perspective and watching it as a viewer of a mother rather than a dreamer of a dream? What gets lost in the psychoanalytic work? When a psychoanalysis and analysand sit down to confront and interrogate a dream. The analysand begins by speaking from the memory of the dream to the psychoanalysis. The dream memories are accessed, and articulated. The psychoanalysis pokes and prods for symbolism, meaning and associations in order to connect the seemly discordant. What does the clown with the bright green nose mean, whenever time the clown opens his mouth where its teeth should be are maggots? Do you have an upcoming dental appointment with a dentist who laughs at his own corny jokes? 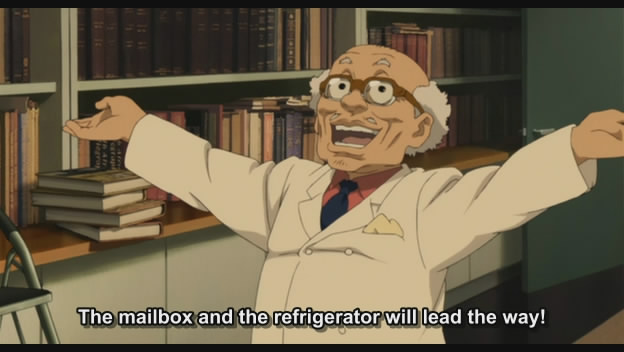 Part of what gets lost, when dreams become movies, is the psychoanalytic dialog and the therapist. When you become a third party observer to your own memories you in effect enter the role of the therapist you, like the therapist, experience your dream as a third party. The other more dangerous ramification of the collapsing of the wall between the conscious and the sub-conscious is psychosis. The film demonstrates this slippage of associations when characters become infested by the dream, and their sub-conscious and consciousness cease to be distinguishable. There is a moment where Chiba is walking through a carnival after a doll. In the distance, she sees the doll on some stairs, she moves toward the doll and has to hop over a small fence to get to it. As she scales the fence, reality breaks through the dream and Chiba become aware that the fence was a railing on the side of a building. 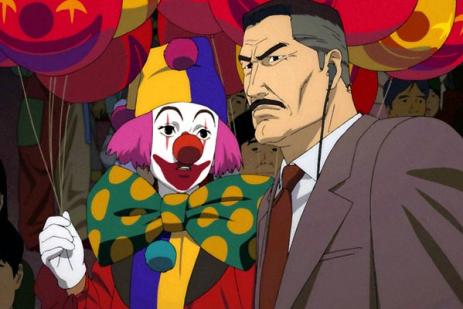 So what is the solution to competing realities? Midway through the film, Detective Toshimi Konakawa tells two bartenders a story about a movie he was making in his youth. He played a detective chasing a suspect. The whole movie consisted of this chase scene. Detective Konakawa reveals that the person he was chasing into his film was also his co-director. He was desperately jealous of this guy, and left the movie unfinished out of his inability to be as good as his friend. As he was becoming a real cop, the friend died, and the unfinished movie and his guilt over abandoning his friend became a clinching point for him over the years. Upon finishing the story, the detective reflected upon his life and realized that he had left the movie to become what he was only acting as in the film; a detective. So, in a very real way he did finish the narrative that he set out to complete in the first place, and was carrying a pile of unjustified guilt around with him. The lesson here is not so much about coming to a psychoanalytic break through so much as being able to lay the possible narrations of your life out on the table and choose the one that most appropriately lets you enjoy your life. Detective Konakawa presented two versions of his life to the bartenders, neither has a specific intrinsic 'rightness' that guarantees an accuracy towards meaning. Detective Konakawa made an existential leap of faith it to his freedom to be.