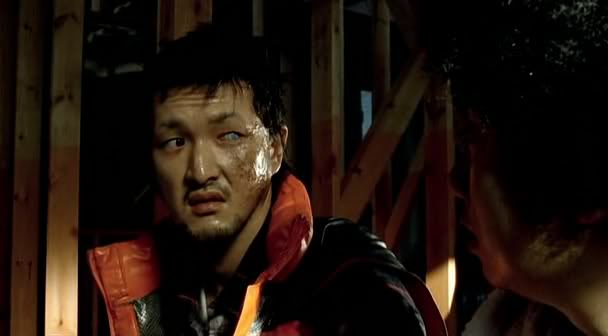 There are only a few paths out of childhood trauma, and responses tend to fall along the fight or flight line. A child may shut down and shift away from others and close off emotionally or become suicidal. On the other hand, a child may fight back verbally or physically against traumatic causal agents. Bullying is complex and systemic. Bully's use everything in their means to control their target from stealing their lunch money to ongoing sexualized verbal abuse. Bullying is genderized, in that boys, usually, tend to bully boys and girls tend to bully girls. The way in which boys and girls bully across same sex lines different (I'm going to focus on boy to boy bullying, for girl to girl bullying go: Here.) Boy's primarily use shame and humiliation in order to affirm their status while lowering another. Status is a hierarchical social relationship that requires an audience. The audience is a set of bystanders who bear witness to the bullying event. For the target, these ads, add another level of humiliation to the bullying events. Boy's present a unique problem to the social body. Deeply embedded in the cultural status quo is normality of a boy’s aggression and anti-normality of a target's humiliation response. Society says tells boys to "suck it up" when they lose a fight or "walk it off" if they experience a sport's injury. The ideological message here a boy's masculinity is carved out of endurance of pain or trauma. Boys are supposed to experience pain silently. 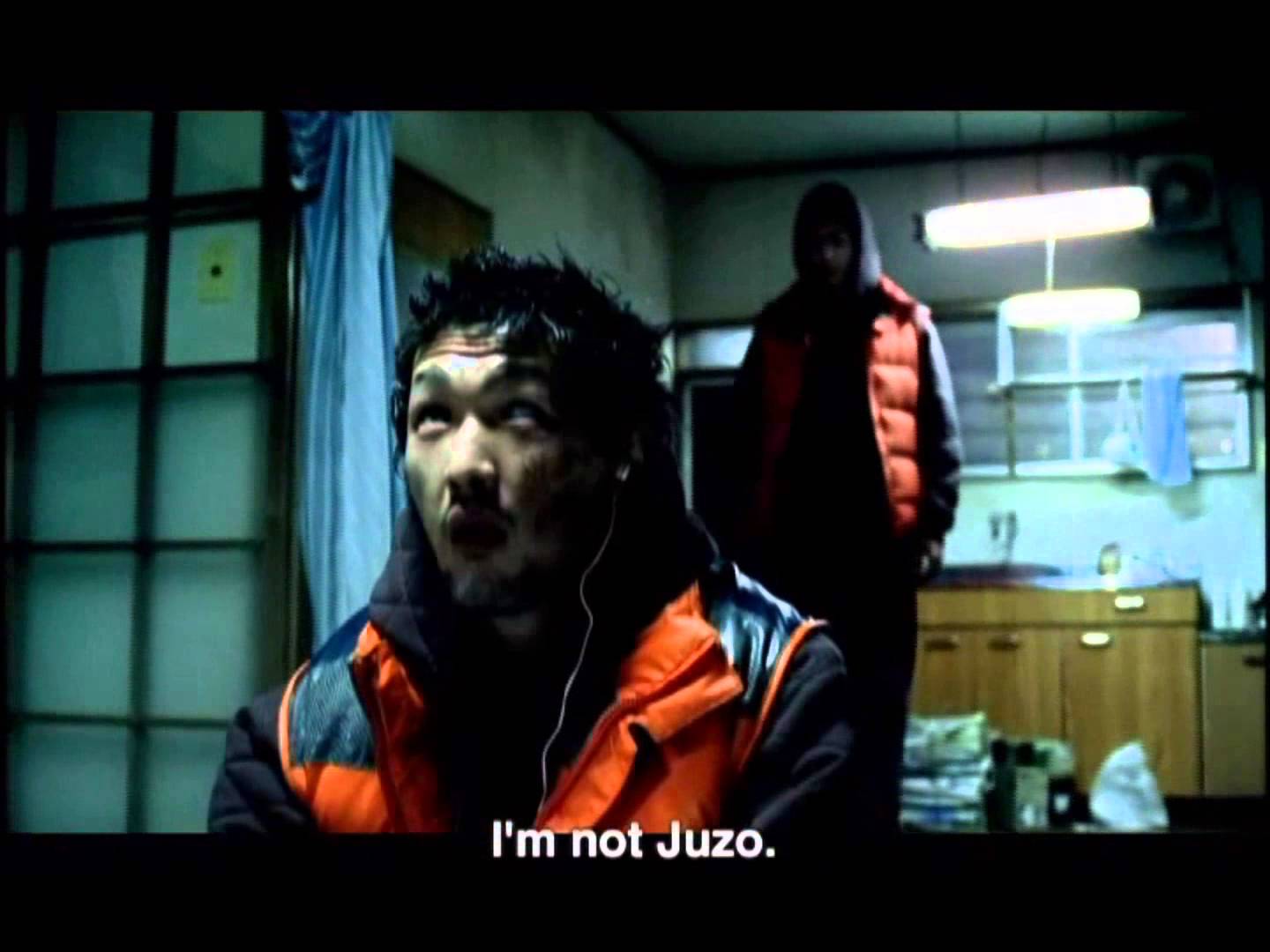 Juzo experienced a set of bullying events; having acid poured on his face, a public taunting by a set of boys suggesting he should be dead, and a hose being sprayed on him while in a bathroom stall. Juzo's psychological response was to suppress the part of his self that was angry. The suppression helped Juzo avoid fully confronting the pain and humiliation that he was experiencing. This internal psychological dynamic is explored in the opening scene that juxtaposes two sets of scenes; Juzo's childhood trauma and his inner state. The film materializes the splitting of his ego by showing Juzo isolated in a dark cabin in a constant state of pain. Naked and crying. The other-Juzo opens the door and begins to beat and drag Juzo out of the cabin. As Juzo is dragged over the threshold by his violent alter-ego the scene changes and we enter Juzo's lived reality. The allegorical struggle here is Juzo's inner tension between being enraptured in a cycle of his own trauma or pushing out into the world to become a productive member of society.

It is important here to call attention to Complex Post-Traumatic Stress Disorder C-PTSD unlike PTSD, is characterized by long-term exposure to trauma. In theory, PTSD may result in relation to exposure to a singular incident; getting shot at in war, or sexual abuse. C-PTSD, on the other hand, is used to describe the set of symptoms related to POW's, bullying or domestic abuse. What typifies the C-PTSD experience is the experience of being trapped in a repeated or ongoing set of experiences. So for instance, the typical child is dumped into the education machine for about twelve years, and the time spent in school is a significant part of their life. But what if those years a child is trapped in a network of bullying? I say network, because it is rare (especially in boy to boy) that bullying goes unnoticed by peers. There is a scene in Neighbor No. Thirteen where the bully has enlisted two other boys to pray over Juzo's desk as if it was a funeral. The other students in the class laugh, then begin to escape the room. Why do the other children not intervene in order to stop Juzo's torment? They are in the vast majority and could quickly overwhelm the aggressors, yet, they only take flight. 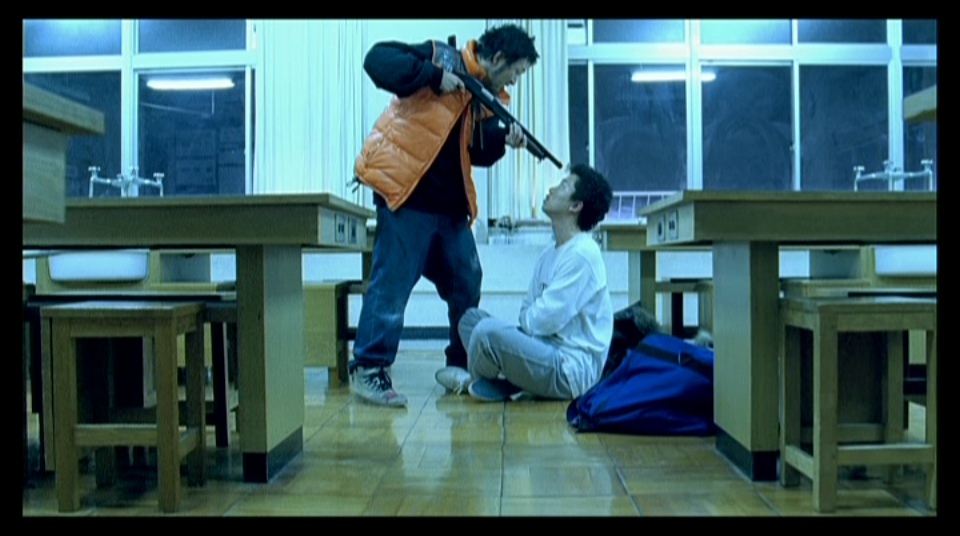 The problem here is complex. On first impression, it could be argued that the bystanders could be scared that if they intervene that they could become targets for the bully's aggression. This fear is rooted in the ideology of individualism. Individualism separates the self from others and denies access to the empty required for the most basic solidarity. There is a sense in which the ideology of individualism is a necessary social requirement for the education system to function. If the children could stand up to each other, would they not also stand up against the teacher? I'd argue that the autocratic nature of the education system promotes a culture of bullying, where bullies are free to terrorized, and the social body uses the same cognitive dissonance that they are taught and use in the classroom void out the empathy required to take action against oppression.