Bridgette is on the run from Suburbia and chased by a werewolf that wants to bump dirties with her. Isolated, she has taken to living between hotels as she tries to keep her inner wolf from busting through her skin. She has taken to bloodletting and regular injections of wolfsbane to keep her inner animal down. Full of paranoia she is excludes herself from social interaction. On one level it appears that Bridgette is doing everything she can in order to protect herself from herself, on the other hand, her psychology and behavior fits the patterns of a Self-Harmer. Dusty Miller states in Woman Who Hurt Themselves: A Book of Hope and Understanding:

Self-harmful behavior functions to regulate and relieve intense feelings. Many women who drink, do drugs, binge, or cut themselves describe how their self-injuring activities help them to cope with unbearable feelings. Some choices of behaviors may seem more obviously suited than others to function as relief mechanism. Alcohol and drug abuse, for example, would seem to provide relief from painful feelings more directly than an activity such as cutting, which for most of us cause rather than relieve pain. But for the woman whose symptoms of choice is self-mutilation, cutting creates a powerful release from her psychic suffering... Self-harmful behavior also regulates feelings in the opposite direction. Trauma in many ways creates a higher level of arousal in the victim. When the trauma is chronic, the pattern of persistent arousal can actually change the person's biochemistry. Many adults who suffer from Post-Traumatic Stress Disorder have developed a craving or need for frequent experiences of excitement. (P. 29)

So what was the trauma that Bridgette experiences that is being materialized in via emergent werewolf-ism? Let’s take a quick journey back to the previous film;  Ginger Snaps. Bridgette and Ginger are sisters who are attacked by a werewolf. Ginger is mauled and becomes infected with the werewolf-curse, and slowly begins to turn into a wolf, and as she does she pushes Bridgette away and seeking male companionship (and boy-food). Bridgette enlists the support of the local drug dealer in order to find a cure for Ginger's werewolf-ism. The plan fails and Bridgette is forced to kill her sister, and in the process gets werewolf-ed herself. Four years later, full of emotional baggage Ginger Snaps 2 begins.

One way to strip a horror movie down to its nuts and bolts is to identify what social/economic/political contradiction the horror element represents and redeploy the new meaning in order to uncover the ideological underbelly of the story. In Ginger Snaps 1, the girls are embedded into the trauma of being bullied social outcasts and experiencing puberty as a foreign disease, not unlike a werewolf-like transformation. Beneath their skin something is moving and compelling them into actions and desires, but the language that these compulsions are inscribed in do not fit the contemporaneous narrative, so they experience them as terrifying event that shakes up the symbolic structure that keeps the meanings they know of the world safe.

As far as Bridgette's body is concerned, she is still living the visceral reality of the trauma she experienced in the first movie. There is a very real, sense in which trauma that your body experiences simply does not care about how you think about an event, the event has already encoded itself in your neural mapping. Trapped in her trauma Bridgette is seeking escape and begins injecting poison and bloodletting in order to negate the trauma seeking to claw its way out of her skin. Early on in the film, she becomes incarcerated in an inpatient detox clinic. When pushed during her first group therapy session to talk about herself, this dialog transpires:

Dr. Brookner: Brigitte, you have a room of people pretty curious about Brigitte.
Beth-Ann: And incidently, a room full of people who think you really suck at suicide.
[Brigitte glances at the cuts on her left arm and then pulls up her sleeve]
Dr. Brookner: What's your best-case scenario, hmm? Go there.
Brigitte: My best-case scenario, Eleanor, is hair everywhere but my eyeballs, elongation of my spine until my skin splits, teats, and a growing tolerance, maybe even affection for, the smell and taste of feces - not just my own - and then, excruciating death. 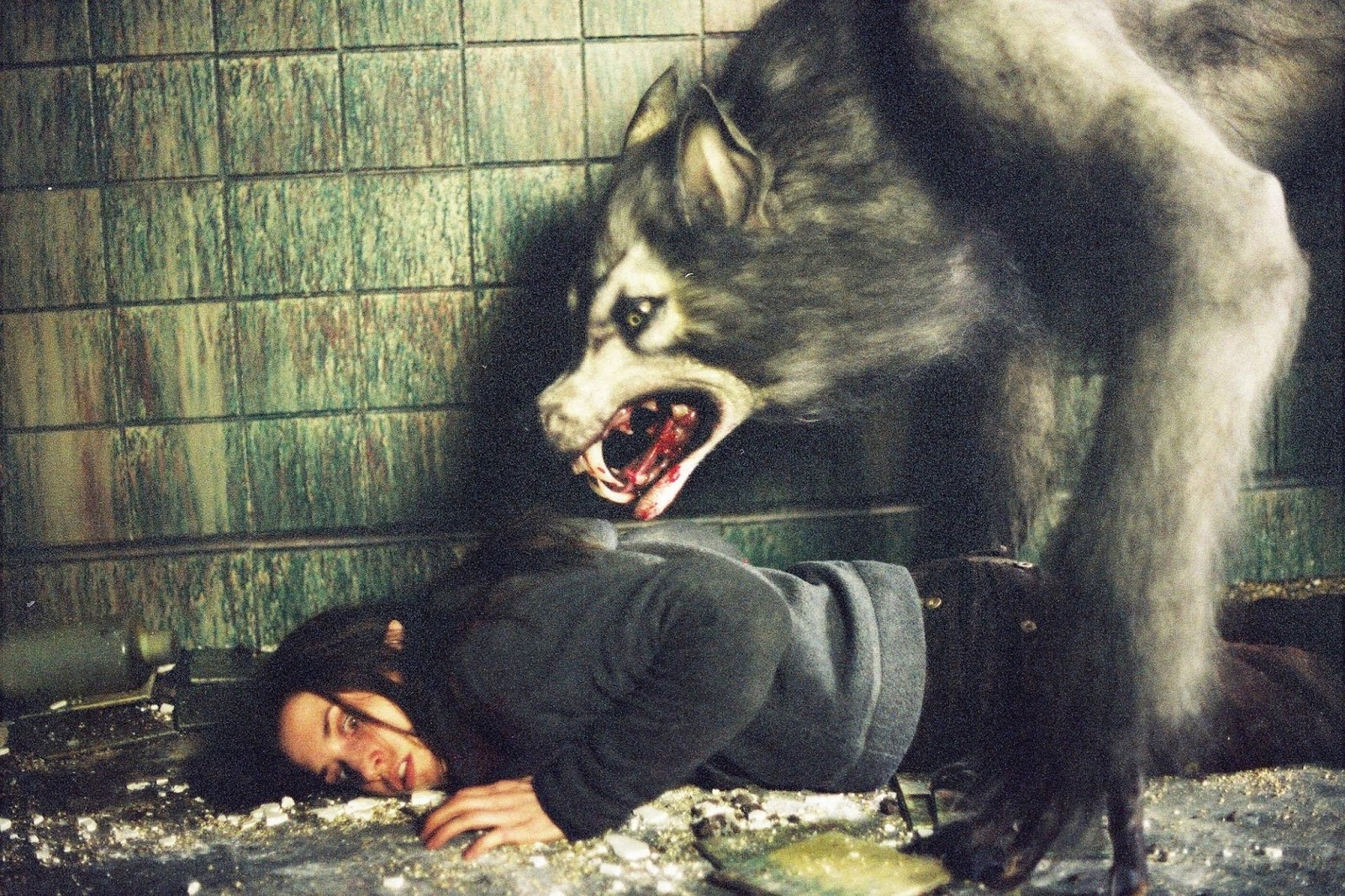 What is interesting in this scene is that we are confronted with a very different Bridgette, then the one we met in the early moments of the first film. Bridgette and Ginger were committed to a nihilistic death ideology and were committed to a live together or die pact. At the time, we got a sense that Bridgette commitment unto death is halfhearted, and based more on following her elder sister’s direction then a legitimate desire to die. Now, Bridgette is still consumed in the ideation of her own demise, but from a more serious position of Resiliency. Unlike, Ginger who psychologically collapsed when confronted with her trauma, Bridgette adapted towards the side of the fight rather than flight. There is a great conversation between Bridgette and the ghost of her sister, where Ginger declares biological determinism and Bridgette spites oblivion: