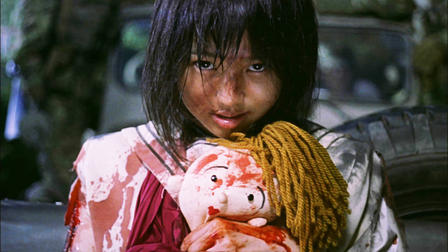 In the future (but before Hunger Games) children are off the chain. So, the government passes a Battle Royale law that randomly chooses one classroom of kids to fight to the death on an abandoned island. And that is where the fun begins. The kids are grouped into a dilapidated classroom where their teacher breaks down the rules of the game. Each child is strapped with an explosive collar, and given a bag of goodies which includes survival gear and a random weapon; ranging from pots and pans to Uzis. And off they are let loose on the island until there is only one left.

Is this not this a little too close to reality? We are dropped into schools where teachers attempt to deposit information into our heads that are anything but practical. At the same time, our parent’s wages are decreasing as the cost of living increases. Looking back, we used to live in an America where one parent could hold a job that could provide enough for a family. But then, the government created laws to bust unions and stop the fight for living wages. Businesses realizing that they could make more money manufacturing TV's and other various consumer goods overseas, move their factories. Outsourcing excavated the communities of their supply of jobs which forced both parents into the workforce. With less time to spend with each other and their kids' stress infested the American family. Children were abandoned to schools and raised by televisions. The media complex adapted to its new viewer base by refocusing TV shows away from just telling stories to developing consumer lifestyles thereby embedding itself into the very life of the consumer. Raised by television and schools, two systems that cannot hold children accountable, kids develop a predisposition in apathy and superficiality. Teachers seeking to interested students in the education can't break through the wall of disinterest. 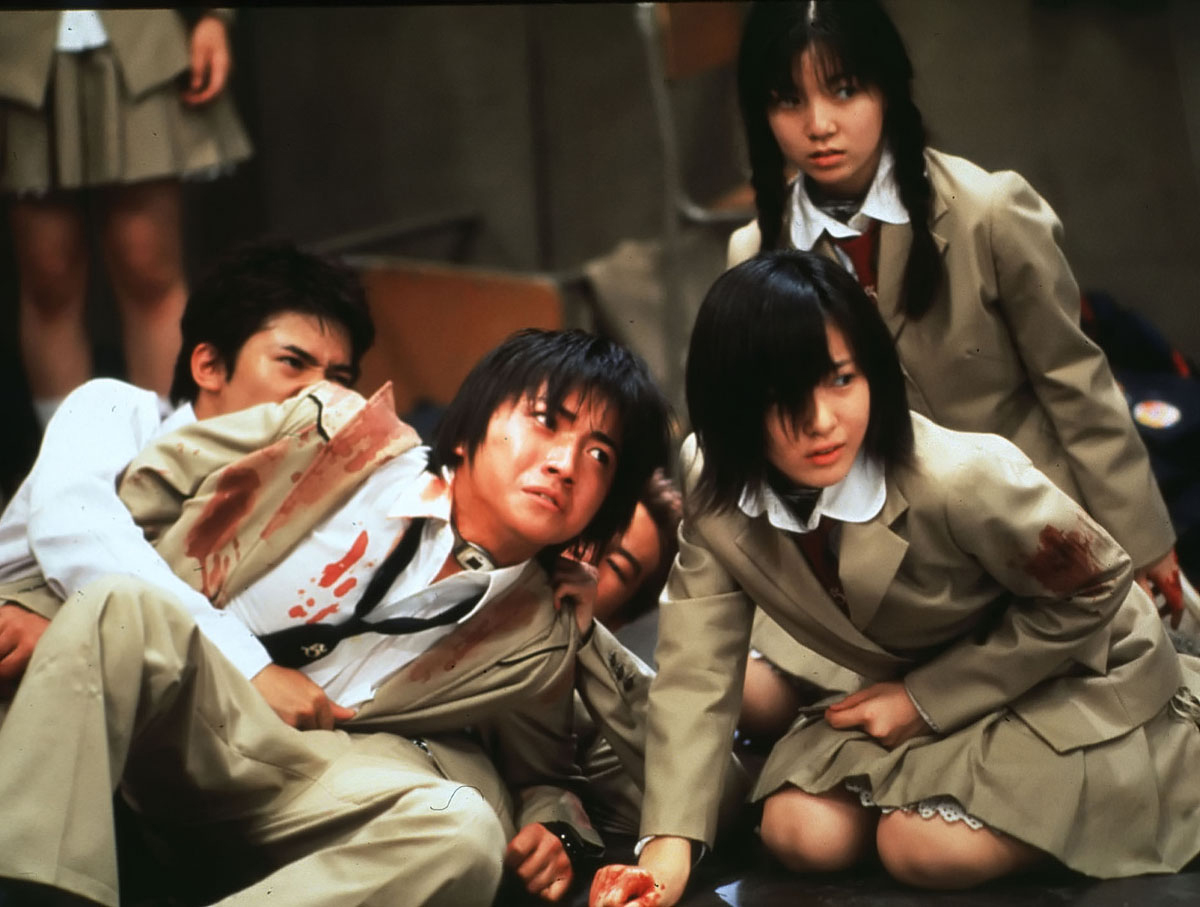 Children grow up and are dumped into the world. Apathetic teenagers become apathetic young adults flopping through college classrooms as they shop for shoes on their phones and laptops. Colleges built on the idea that each child is fodder for their salary lower graduation requirements, fail to enforce aced mic rigor and turn the school into a money making machine. On the other side, in low-income communities the high school becomes a training camp for prison. Broken systems; break people, and values. And along the way, people with broken values and a detestation towards morality meet and reproduce, creating children for a system that has not allotted space for children. Another generation produced a compounded level of apathy.

Battle Royale begins at this point of social degeneration. There is a scene early on when one of the children shows up to class late only to find that the rest of the class opted out of coming to school today. The teacher explains to her that she can take the day off, and walks her to the door. Then a child comes running up behind the teacher and slashes a knife across the back of his legs. The camera pans up to a general disordered school. Wild kids, off the chain, going every which way. A defunct generation.

The autocratic government brings the children to the island by loading them on a bus and tricking them into thinking they are going on a field trip. What the film un-weaves is the several strains of relationships between the students; crushes, rivalries and jealousies. Many of the relationships are all too adult. There is a great scene where our hero (Shuya) is being held hostage in a lighthouse by a set of teenage girls. One of the girls sits down to eat and after the first bite caught up a pile of blood. Shocked the girls turn on each other with handguns and Uzis, clearing the room of all, but one girl, who after freeing the hero, launched herself off the lighthouse balcony to her ultimate splat.

What this scene highlights the fragility of social contracts, in that when personal survival is at stake morality goes out the window. The world that Battle Royale presents is not unfamiliar. The youth of today is as cruel under the surface of their superficiality. This is one of the reasons why Katniss Everdeen comes off as a forgery. The Hungry Games and Battle Royale present similar autocratic universes where adults seek to terrify children into submission so that when they grow up they become lawful subservient adults. Unlike Katniss, Shuya never morally compromised himself by indecisively flip flopping between right and wrong; this boy or that boy, to kill or not to kill. Shuya's love for Noriko became the guiding principal, or rather the categorical imperative that guided a set of consistent actions throughout the film. 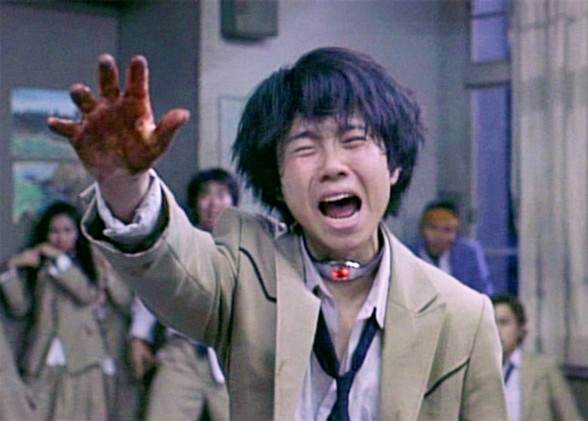 What the films provide us with is an allegorical look into youth culture and the fight they are presented within the economy to survive. Unlike Katiness, Shuya did not have adults literally swoop in and parenthetically develop her sense of self. Shuya, in the face of his father’s suicide, develop an ethical rooting from his own accord. The difference here is between Utilitarianism and Deontology. Katniss was seeking the greatest good for the greatest number, using a moral compass that was broken and Shuya's sense of duty propelled him to act upon his stated duty to protect Noriko.
Battle Royale Deontology horror hunger games Katniss Everdeen Noriki Philosophy Shuya Utilitarianism