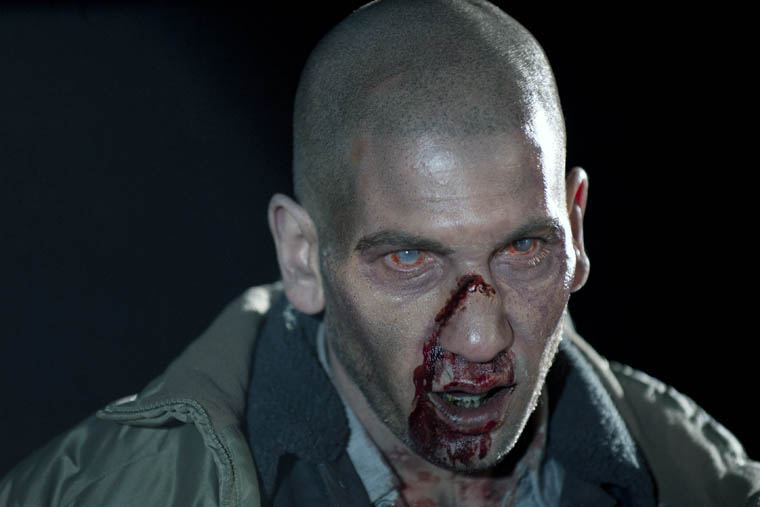 Welcome to our journey into the guts of The Walking Dead. What kind of journey? A philosophical, psychoanalytical and political kind. What I would like to do over the next couple months is dig thought the Walking Dead episode by episode to see what it can teach us. Thank you for following me on this journey. I look forward to reading your comments. Be forewarned: There are spoilers everywhere. Don’t forget to check out my previous article in the Philosophizing TWD series: Philosophizing The Walking Dead S2E11 Judge, Jury, Executioner, Torturer and Euthanasia-er

What the hell is Dale's way? Neo-liberalism. When plans are certain Rick or the group is about to execute a decision Dale's role in the group was to question authority and spread dissidence. In any other situation, ruthless dissidence is what most systems require to continue and grow. But, in The Walking Dead, Dale's decision making only spread doubt and uncertainty. It is one thing to have a heated democratic discussion about taking an action, it is a wholly another thing to rabble rouse in such a way where a group flips into nihilistic doubt.

But doesn't Neo-Liberalism have to do with national economy? Let me explain. What Dale brought to the table in the is an open market of ideas that sought to devalue the group’s decision to execute the hostage, while at the same seeking to raise his opinion as if it was an equivalent choice. The problem with this moderate respect for political ideas is that bad ideas are given the equal credence as good ideas. The end of the world brought the death of the market, and during the apocalypse every decision takes upon a direct unfetishized political and economic value.

The danger here is like the idea that creationism should be taught alongside evolution. If this were to happen, it would give credence to a bad idea, and devalue a good idea at the same time. Ideas and the actions that are based upon them are international to the survival of the group. A day's worth of Dale investing a group with doubt in their leader, and the leader’s decision's wastes precious time (he could be hunting or doing some other useful task to promote the group's livelihood). When democracy and capitalism bump dirties neo-liberals are born. 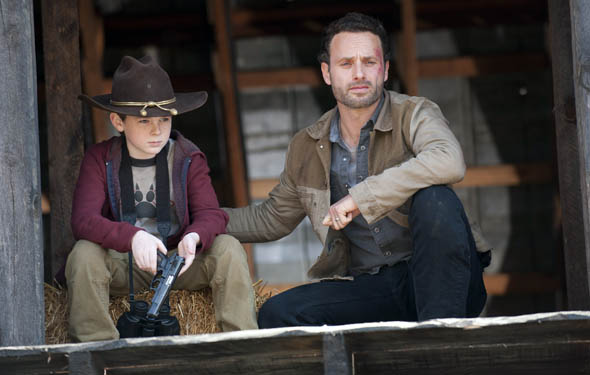 Occupy Wall Street has (from what I hear) a painful decision-making process. When it is time to make a decision organizers call a general meeting, which is open to anyone and a decision is required to reach a consensus or be pushed into the purgatory of a working group. The problem, of course is that the people that make up any given occupy group are a clustered bag of radically different political perspectives. Of course, there is going to be some clash on the direction of the group. So, what happens if 1 person out of 100 doesn't like the decision being voted on? The decision is blocked. The tyranny of the powerless over the powerful (and not in a good way).

Between Judge, Jury and Executioner, and Better Angels the two main blockers and doubters to the Ricktocracy are eliminated. You'd think that this would free Rick up to have a new found self-confidence in his leadership, but this is not the case. Rick's self-confidence was rooted in two sources; his wife's approval, and a minority thinking he was wrong. Both sources spun upon his neurosis a painful (to watch) dialectic of self-doubt and self-confidence.

After Dale's funeral, another level of collective neurosis comes into play. Rick argues that in commemoration of Dale being eaten by a lip-less zombie that from now on they should live their lives like Dale (Socratic trouble makers who the community eventually executes.) As Rick and Hershel are walking away from the funeral they are having a discussion about Shane, and there's great moment. Rick is countering Hershel's claims that Shane isn't really that bad of a guy and that he has him under control. Hershel turns to Rick while they are walking and gives him one of those 'you must be crazy' looks and continues walking. The hypocrisy here is that they dedicated their group to a guy who said what he thought, and here is Hershel holding his tongue on what he thought. 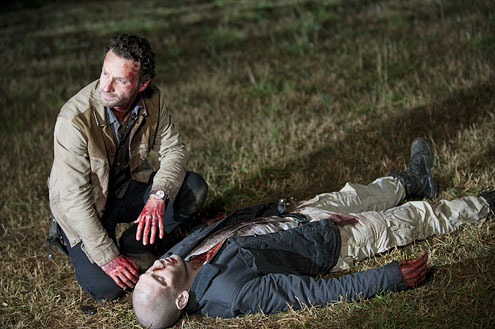 Of course the other moment of radical truth-telling that lives up to Dale's legacy, is Lori tells Shane that she really was in love with him when they were bumping dirties. Lori's emotional offloading on Shane was just the kind of emotional and tactically stupid conversation that Dale would have had. Lori here is then the ultimate Dale, who bears her mind, regardless of the obvious political consequences which eventually refortifies Shane's desire to kill Rick.