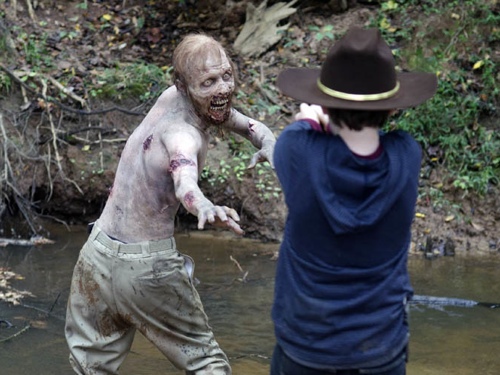 Welcome to our journey into the guts of The Walking Dead. What kind of journey? A philosophical, psychoanalytical and political kind. What I would like to do over the next couple months is dig thought the Walking Dead episode by episode to see what it can teach us. Thank you for following me on this journey. I look forward to reading your comments. Be forewarned: There are spoilers everywhere. Don’t forget to check out my previous article in the Philosophizing TWD series: Philosophizing The Walking Dead S2E10 18 Miles Out and Bromance

About two years ago I attended a local MoveOn meeting that last four hours, and the instant I got into my car after the meeting, all the frustration and anger that I kept in a down in order to maintain my cool busted out. I screamed a good solid, "AHHHHHHHHHHHHHHHHHHHHHHH, WHAT THE HELL WAS THAT?" I felt the same tension suffering though Dale's dietribing though Judge, Jury and Executioner. The goal of the MoveOn meeting was to gather leaders together and develop a specific strategy for the coming year. Many of those in attendance did not represent a political base, but were individuals that wanted to work on a handful of issues; environment, wages, labor, Walmart, ECT. Somewhere nearing the third hour an individual declared that the group should take on a 'class war' perspective and picket the film Atlas Shrugged. I remember the guy was 'class war' a specific action or did he just want us all to think the same? 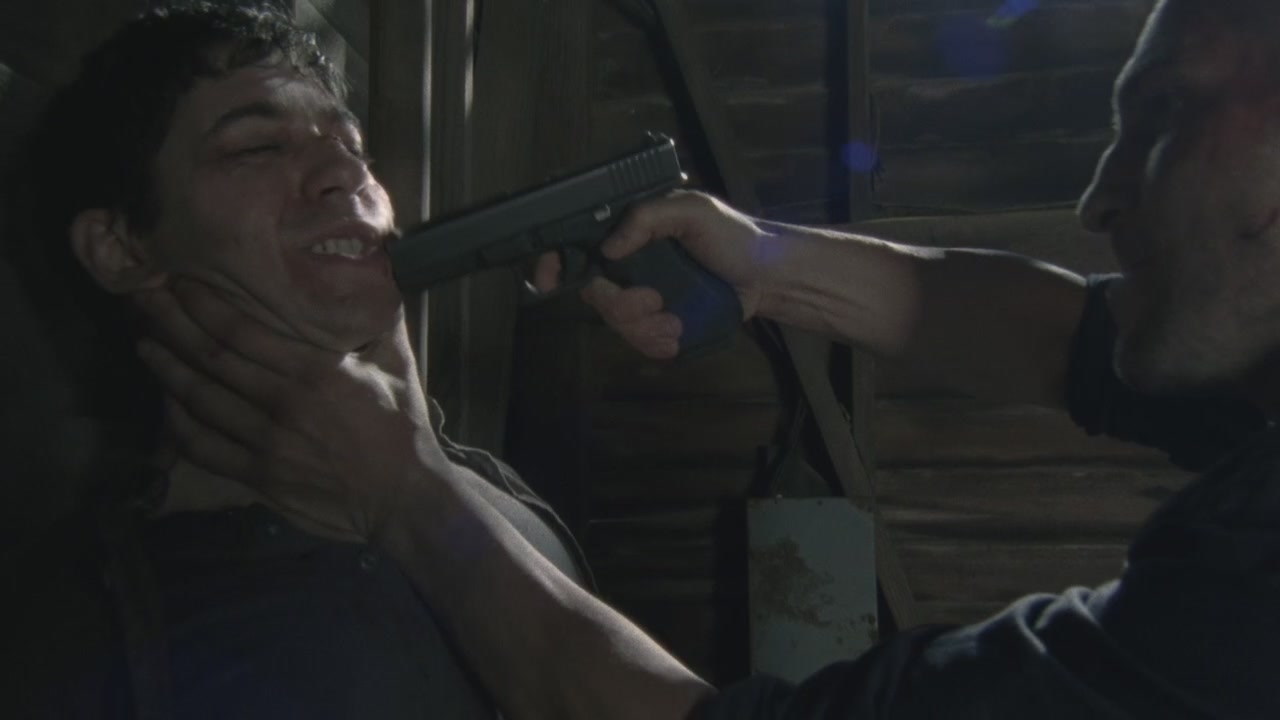 Enter Dale. Dale has a problem. He is frustrated that the terrorist that Rick and Shane acquired in Triggerfinger is going to be executed without a fair democratic trial. Dale convinces Rick to give him a day to campaign among the survivor in order to change people's minds about executing the hostage. Dale didn't have any luck. What Dale's campaign did for the episode is create a sense of moral flip-flopping for Rick just when he had found his ground to stand up to Lori instead of desperately seeking her approval. In a pivotal scene Rick is about to execute the hostage and the wandering child (aka Carl) arrives at the barn door. The scene frames Carl between Rick standing over the hostage with his gun to his head. Carl then eggs on Rick to shoot and Rick loses his gumption.


Me: Ahhhhhhhhhhh, What The Hell Just Happened? 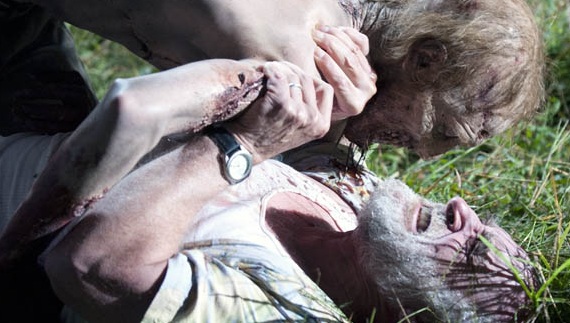 Let me get this straight. Is it really the case that executing an enemy combatant during a time of war is less humane than euthanasia? What do you think? For me the difficulty resides in Rick's wishy-washy confidence. Finally, coming to grips with the fact that he is a big boy and does not need his wife's approval, he puts his tail between his legs in order to avoid the support he is receiving from his son. Why do you think that Rick is so easily manipulated by the emotional whimsy of others?