Philosophizing The Walking Dead S2E10 18 Miles Out and Bromance 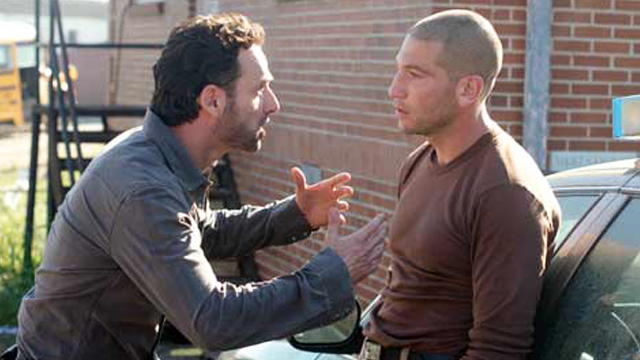 Welcome to our journey into the guts of The Walking Dead. What kind of journey? A philosophical, psychoanalytical and political kind. What I would like to do over the next couple months is dig thought the Walking Dead episode by episode to see what it can teach us. Thank you for following me on this journey. I look forward to reading your comments. Be forewarned: There are spoilers everywhere. Don’t forget to check out my previous article in the Philosophizing TWD series: Philosophizing The Walking Dead S2E9 Triggerfinger, The Dangers Of Altruism and Political Cowardice

Let’s get sawing. Rick and Shane have one of the worst bromances ever depicted on film. Rick the noble post-comatosed hero of The Walking Dead, and Shane his (assumed) best friend and partner. Shane is just another rowdy police officer who would fit right into those cops that mace protesters during the Occupy Wall Street protests. Both are cops, and that tells us much about their personal and social visioning process. When a cop pulls over some punk for speeding, a cop must declare his/her presence in such a way to give no wiggle room for the perp to argue. If wiggle room is allowed, then the cop can lose the upper hand required in order to maintain control.

Cops aren't just microcosms of power on their own. They are firmly integrated in a juridical and discursive apparatuses that condition their relationship to each other and civilians. The chain of command. An embedded set of social relationships that reproduce themselves. Althusser argues that when a policeman hails a pedestrian, that the pedestrian subjectifies him/herself into the symbolic network of the policeman. Say you are walking down the street and punk screams from behind, "Hey You!" and you turn to see that you see a cop. The initial trauma, the disturbing call, is fragmentary. It is only when we project our self into the others symbolic network that we can make sense of the initial trauma, thereby reducing its troublesome impact. Sometimes this residue is not chilled by being spun into a narrative. 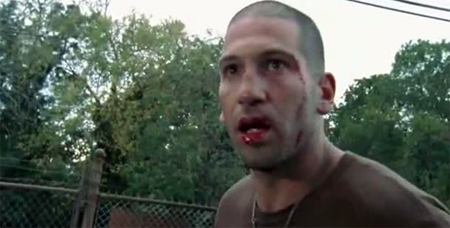 I have friends that I visit during the holidays. The town has a pretty ruthless street parking and ticketing policy. During the winter months, there is no overnight parking at all. This was problematic for me because the family was not a 2.5 child household, but several drivers lived there and there was not enough parking for everyone without including myself. I received a parking ticket a couple years ago. I was furious. The road is designed in such a way where the 'mouth' end of the street widens up to what can only be assumed to allow parking and room for the street plows to not interfere with each other. I filled out a freedom of information act form on the parking signs and the ticketing policy. What I found is that the no-parking signs predated the pavement of the streets. They were put up when the street was paved with stones.

So what happened here is that while I subjectivized myself into the symbolic network related to this township, I found this subjective placement to be unjustified and narrative defying. The logic of the ticketing in conjunction with the history of the street and signs did support the ticketing policy. While, recognizing the state of the situation, I could imagine a very real alternative to the symbolic relativity that was pushed upon me. 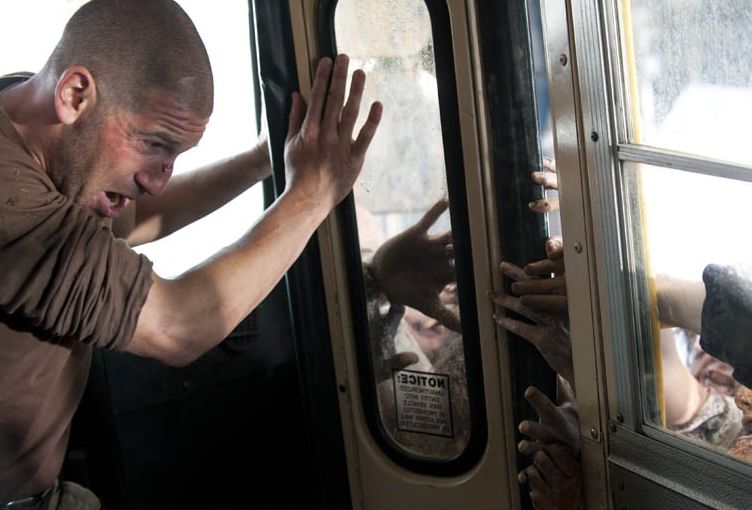 Shane and Rick differ in their capacity to adapt their cognitive mapping to end of the world narratives. While Shane's ruthless pursuit of self-interest and survival is beneficial towards survival it is a vision rooted in pre-apocalyptic values. Rick on the other hand, is attempting to integrate pre and post-apocalyptic values into a new cultural grounding for himself and the group of survivors. Rick is able to do this, because unlike Shane, he respects the opinion of the people and he can get others to buy into his vision and like him at the same time. The difference here is between Stalin and Lenin. When Lenin was on his death bed, in order to keep Lenin from interrupting policies, Stalin would deliver falsified news articles in order politically isolate Lenin from the political reality. This isolation, was something Stalin used to move himself into power, and to block Lenin from blocking Stalin's rise to power. Is this not a similar scheme to Shane lying to Lori about Rick death? The distraction allowed Shane to move Lori out of harms and into her heart and pants.

Check out the next article in this series: Philosophizing The Walking Dead S2E11 Judge, Jury, Executioner, Torturer and Euthanasia-er