Mama (2013), A Mother's Face Only A Child Could Love and Becoming Mama. 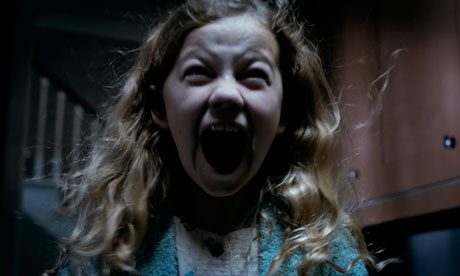 Nature Vs. Nurture is an outdated binary that still finds itself front and center of group discussions in philosophy, sociology and psychology classes. The battle lines are fuzzy, but determined. Nature is either our genetic map that lays out coding for who we could become or a euphemism for a transcendental a priori force that devises a complex system of human attributes at the moment of conception ranging from Down's Syndrome to all-star football player. Nature is the set of social relationships an individual is born into and chooses and re-chooses as they life out their live span. But what if your childhood was interrupted by a violence that broke your family, and forced you to be raised by a needy and possessive ghost? This is the problem that Mama unravels.

Victoria and Lilly begin the film raised in a seemly normal family that has gone horribly wrong. Both children demonstrate normative developmental functioning. While their father is driving them at high speeds along a snowy forest trail. Victoria demonstrates shows appropriate emotional and spacial intelligence when she comments to her crazy father that he is driving the car too fast. We don't see enough of Lilly in the early sequences to make an appropriate assessment of her development. 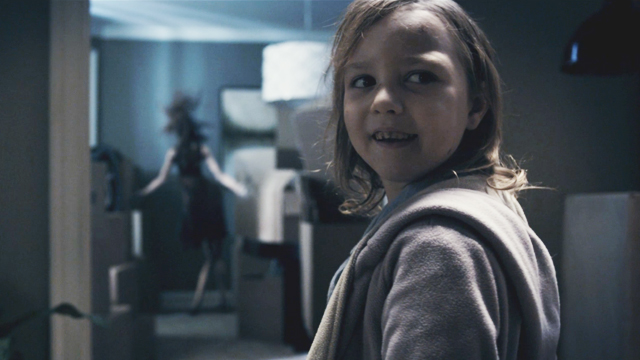 Jeffery hustles the girls from the car crash and journeys deeper into the woods where he finds a abandoned home. We find out that Jefferson intention is to kill the two girls with a gun. The ghost-mama-creature arrives on the scene and squishes Jeffery to death. The film then cuts to the opening credits where a series of drawings tell an arrested and new pattern of childhood development. The story insinuates that the girls were attacked and killed a set of foxes, thereafter the girls were drawn as moving around on hands and feet like a fox. As if someone the murder of the foxes transformed them into a deeper primal state.Raised on cherries the girls are re-acculturated into a feral state. Reduced to a minimal vocabulary of simple words and grunts they spend all their day running around and playing with each other and their ghost-mama. Evenly the children are found and brought back to their uncle Lucas (who happens to be an identical twin of their father). The rest of the film centers on Annabel's development into a mother.


Parents are a naive and a bit narcissistic in their idea that they are the dominate force in shaping a child in a child's development. A child as just as much if not more, of a force in creating a parent, as a parent has in creating a child. Take for example Annabel's transformation from hesitant parent to fully embodying the self sacrificing motherhood ethos. One of the first scenes that introduced Annabel is where she is sitting on a toilet waiting for the indicator on a pregnancy test to make a sign. Joyous she thanks god for her infertility and rushes in to tell Lucas the good news. Who confronts the news ambivalently and shifts to the subject to how he is unable to continue playing the people he hired to find Veronica and Lilly. Shifting the conversation back to her, Annabel mounts Lucas says

Annabel: Its your brother, if you want to spend all your money trying to find them its ok with me. It's cheaper then therapy. ...and so am I

Annabel here equates their relationship with Lucas's search for his brother’s children. At the same time initiating intercourse. So, while Annabel does not want children, she does want to have hear cake and eat it too. She wants a man that wants children, but doesn't have children so that she can maintain her rebellious child-like lifestyle. This of course, is rudely disrupted by the introduction of Veronica and Lilly, where Annabel is forced into a situation where she has to become a mother or lose her relationship. What then transpires are a series of events where Annabel tries and fails at being a mother, yet proceeds to gain the respect of the children. Then, when finally becoming a mother, Mama appears in a final burst to take back the girls. At stake here is Annabel's new found sense of motherhood, still full of doubt, confronting the psychotic confidence of Mama. 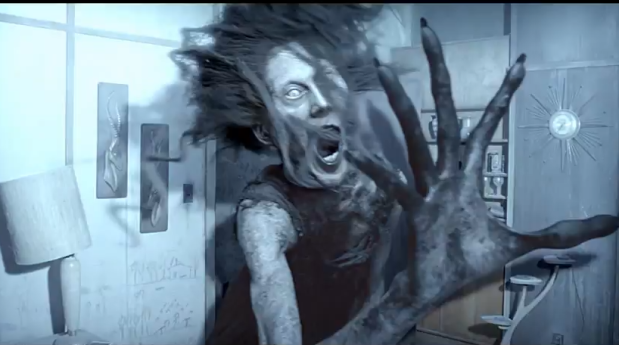 Of course, the mystification here is to see Mama on the side of nature and Annabel on the side of nurture, but this is the same kind of western-centric point of view that sees the world in firsts and thirds opposed in a fight for cultural and industrial development. The reality of the matter is that Annabel and Mama are both on the side of nature presenting two sets of parenting styles that represent a small fraction of the potential ways to raise children. In the climactic sequence where the girls are forced to choose between mothers the ideological hold maintains its grip until death. The rotted root of the nature vs. nurture debate is that it fails to realize that nature and nurture are so international that it is reductionist to use the binary in and of itself. The way Veronica and Lilly were raised between the two mothers was not just ideological, but crafted their world view in a way that re-coded their biology.
2013 Annabel Feral Children horror Lilly Lucas Mama Motherhood Nature Vs. Nurture Philosophy Veronica