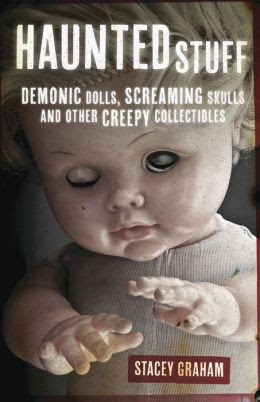 Like most atheists, my tenancy is not to buy into stuff that does not make sense. God's, unicorns, and ghosts do not meet a sufficient burden of proof for me. Nonetheless, I get a kick out of ghost stories and movies. The latest trend in horror flicks has shifted away from haunted houses to haunted things. I'm thinking about The Conjuring, and the haunted mirror box. Haunted Stuff: Demonic Dolls, Screaming Skulls & Other Creepy collectibles by Stacy Graham seeks to investigate and tell the lore behind haunted stuff stateside and abroad.

Haunted stuff begins with an overview of different types of things which haunt and the gadgets that are used to identify ghosties and demons. The meat of the Haunted Stuff is the following chapters that split the lore between dolls and collectibles, bones, houses and furniture, things bought over eBay, things haunted at sea, hotels, famous haunted things and cursed objects. 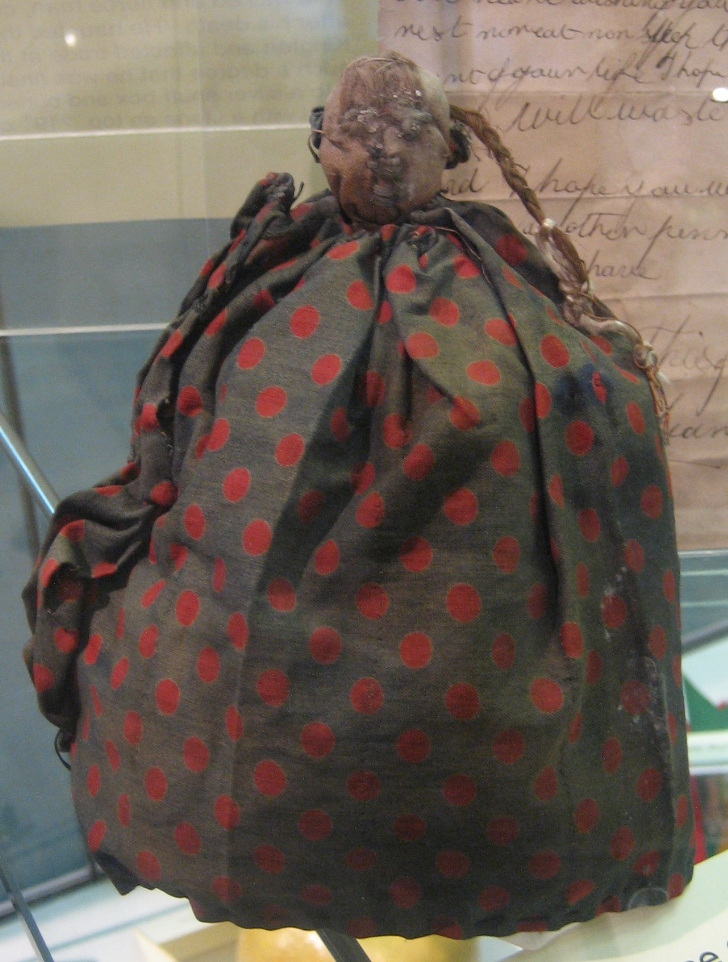 Ultimately I found the book lacking detail. Each object or occurrence is told so swiftly that I found it difficult to get into the stories. I also had a hard time picturing many of the locations or object. This may be due to the brevity of the story telling and the lack of pictures for many stories. The narratives for the haunted stuff that stood out to me was the story of haunting of the Chicago river and Annabelle doll from the conjuring. I would only recommend this book to people that had a very low exposure to ghost lore. For those who have watched a bunch of ghost movies or have read more in depth analysis of ghosts, or watched a couple documentations on ghosts, I feel that you may find this book underwhelming.

The strongest travesty in this book is its lack of citations. All the evidence for something actually being haunted is asserted blindly. The book seems to assume that the reader is not a reasonable or skeptical person. To be fair convincing the reader may have been outside Stacy Graham’s scope when she was writing the book. I believe the goal of this text is to provide a general and fun telling of narratives for the haunted stuff represented in each chapter. I believe Graham accomplished this goal, but in doing so wrote another coffee table book about haunted stuff.