Interrogating Exotype, The Performance of Music and The Ideology Of The Fan 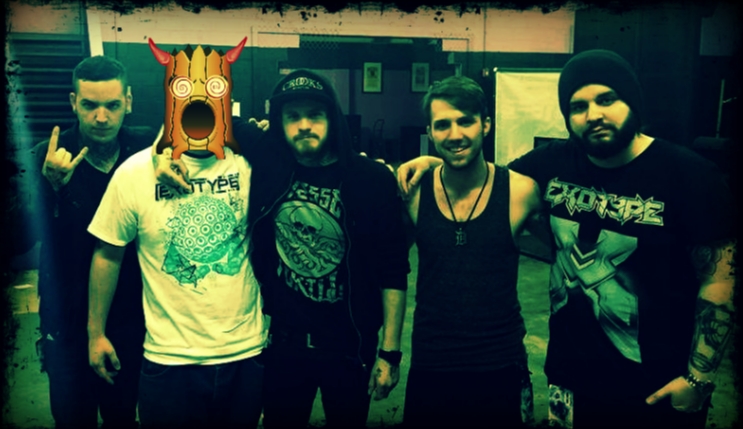 People have a way of defining themselves in relation to the music they listen to. Decades ago the boundaries between genres were more solidified. Punks, Rappers and Country singers all dress in a specific typified way that embodies and enacts a life style. In a sense this segregation of life style by music, played on the 80's and 90's identity politics craze, where groups would unify under a specific cause or issue, and in turn use that issue to define their life style. Feminist, LGBT, and racial groups focused on their individual cause while ignoring larger collective visions. Refusing to factor in the larger systemic cause of their cause they were barred access to the kind of change that would help them alleviate their problems. The idea being that if one could create a place for one’s specific identity/lifestyle group in the world that you have won in some way. Rather, then seek revolution, they settle for being satisfied with only helping a single life in one's lifetime. With the standard of political change so low these groups failed to meet their goals and develop organizationally.

After death of Punk (and musical identity politics in general) arose alternative music. Alternative to what? Alternative to mainline music, but when the alternative becomes mainline alternative is an alternative to nothing. Also, alternative music provided bands with a way to integrate multiple identities, life styles and musical groundings in order to tap into as many subgroups as possible in order to link life styles into a new lifestyle narrative. Punks cut their hair, reminiscent of the final moments of SLC Punk, and join the status quo while believing they were doing something radical by becoming an alternative. In reality, it was not punk music that sold out (or rather bought into), but the punk fans themselves. One of the key bands in my memory that acted as the vanguard for the alternative moment Limp Bizket. Let me digress and tell you a story. 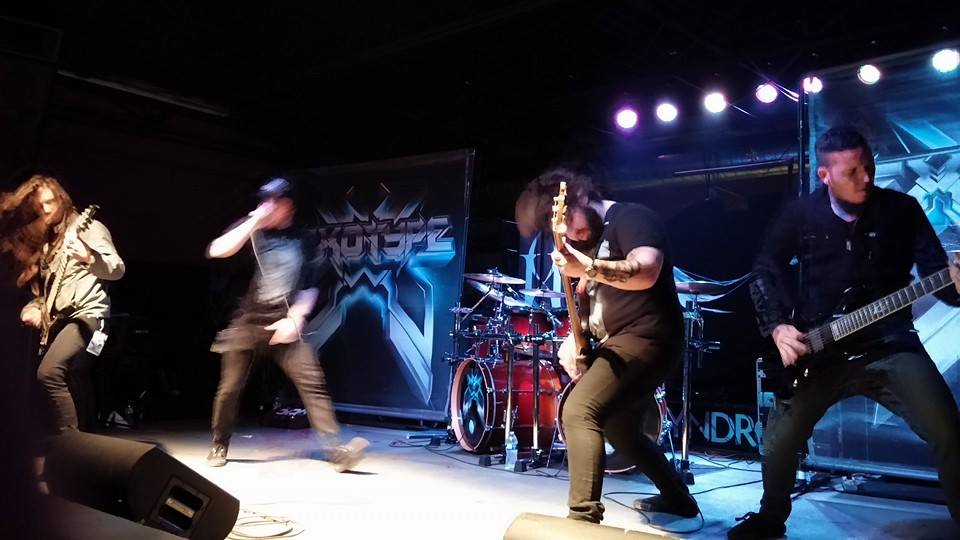 Yesterday, I had taken a break from a book I was reading to check my Facebook feed. I caught a post from a long lost Navy buddy who was posted a photo of Chicago's cityscape. I asked him if he was in the area, and it turned out that one of the tour stops of Exotype (the band he sings in) was playing about 15 minutes away. Ready for a midweek adventure, I got in my car and headed out to the show. As luck would have it, my phone was dying, and because I wanted to take some photos at the show I decided to charge it using my car. A car load of white middle class males wearing bandannas and singing along to the over loud and obnoxious tunes of Limp Bizket. They parked right next to me. Luckily I hadn't heard a Limp Bizket song for about five years, and in that moment I found myself with a soggy feeling in my gut brought on by the sudden invasion of a musical age I thought was buried, dead and rotting. I sent a text to let Steve McCorry know I had arrived

Me: The car next to me just pulled up blasting Limp Bizket. AND, they are singing to it! Is this what your fans smell like?

Me: Oh dear they started a second song. They are intentionally listening to it!

Steve waved at me from the parking lot and I came over to meet the rest of the band members in their tour van. They were jazzed up, and talking about the other plans playing while they waited their turn. At 5pm Exotype unloaded from their van and made their way towards the venue (Another Hole In The Wall). Just before they were about to go on stage Steve and I had another opportunity to chat. When I knew him in the Navy almost a decade, he was prideful guitarist who would pull out his guitar to impress girls in Virginia Beach, now he was the lead singer of a band which I would describe as Post-Alternative, although they self identify with the more ominous labels such as MetalCore, Deathcore and/or dubcore. As the groupies set up the stage, Steve described to me his new found desire for singing, and screaming. 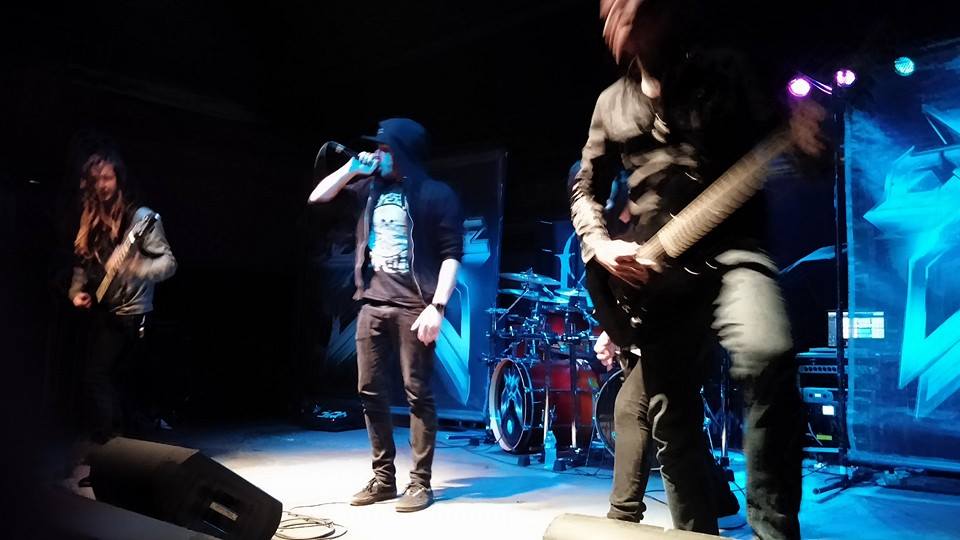 What stood out to me during Exotype's performance was that they all seemed to be emotionally attuned to each other. The band was throwing itself fully into the music, and sweat was dripping from their tattooed necks. Gazing between the audience and Exotype. I noticed a similar emotional atonement with set of woman in the front row. They were throwing their bodies into a beat and electronic tuneage that accompanies the metal-dubstep vibe of the Exotype sound. Between the first and second song Steve pointed into the crowd and shouted, “I want to see you move,” as he twirled his finger clockwise. A circle pit formed, led by the Limp Bizket-ites that I became all too acquainted with in the parking lot. The two women standing next to me became dismayed and express desperate worry that they would be flung into the sweaty violence.

What's going on here? Let's try to saw it to smaller parts. The primary binary of a concert is the dialectical interplay between the band performing on stage and the fans viewing the show. The band is raised up on an alter-like stage at chest height which allows the performers to tower over the audience. Larger than life the musical performance compels a relational kinesthetic. The dancing audience member is produced, in a sense, by the band's musical force. Before the crowd arrives to the venue, they were an undigested mass of variables. The music literally and figuratively transforms them from isolated nodes to a collectivized system. While, the fan may self-identify as the lover of Exotype, is only when the music calls them into action are they actualized as fans. The audience in this sense, is essentially called into being by the band. The Fans jiving to the tunage together reinforce this call and enacts and regulates a normative bodily behavior. The fans police fandom among each other, setting rules and guidelines for the shared space. This is akin to drivers on the highway that speed up or slowdown in order to keep pace with traffic. The crowd listening to a band is also self-regulating and self-producing. When bang our heads together, without consciously being aware of our impact on the collective, are creating the boarders and unspoken guidelines of what it means to be a fan. 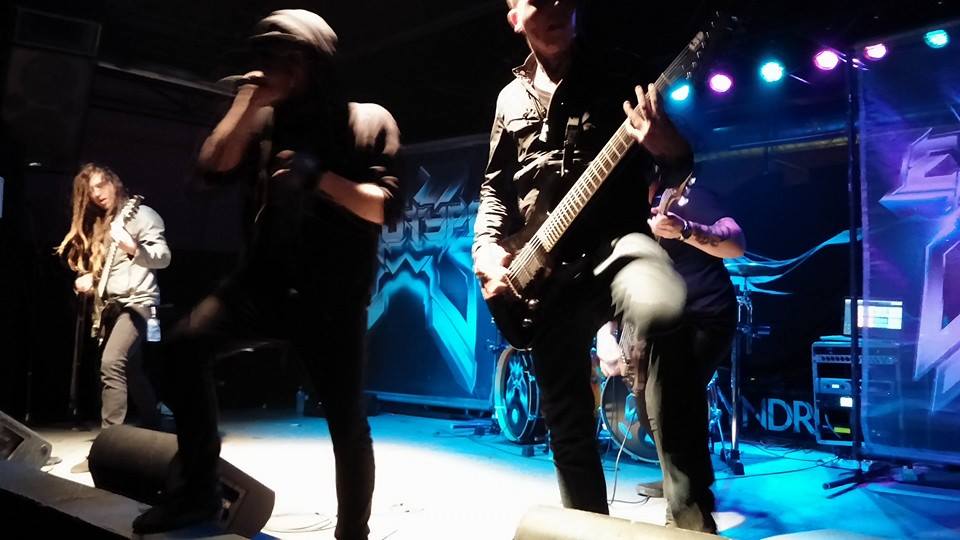 So what happens when there is a conflict over the commons? What is going on when a band inspires a circle pit, changing the rules of fandom, while more 'well manner' participants do not want to have anything to do with it? Let me provide a comparable case. In a relative empty movie theater when someone is talking it is easy to target the causality. That punk right there before my eyes is monopolizing the commons and at the expense of my enjoyment. I can go over and say, “Hey Jerk face, shut your hole.” And the problem is either solved or escalated. But what happens when the temperament is wholly for talking through the movie and silence is in the radical minority? I experienced this when I went to see The Ring opening week. I was furious. Even if I called everyone jerkfaces and told them to shut their hole, the power to influence the change I wanted would not be in my favor.

Returning to Exotype, the structure of the concert presents a third dynamic. Near half of the audience wanted to bounce their sweaty bodies against either other, and the other half was pursing relative peace. Here we are presented with an uneasy integration of two lifestyles, which I think represents the post-alternative ideology. A music that pulls together multiple dis-concordant elements (I.E. dub-steppers, metalheads, teens, geezers, single- mothers with children, men and women) in order to melt them together in a way there each element is present in tension with other dis-concordant elements. 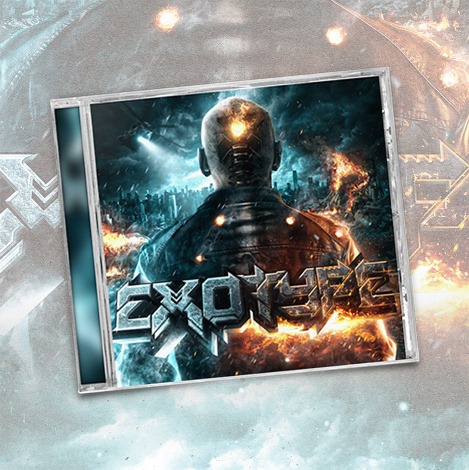