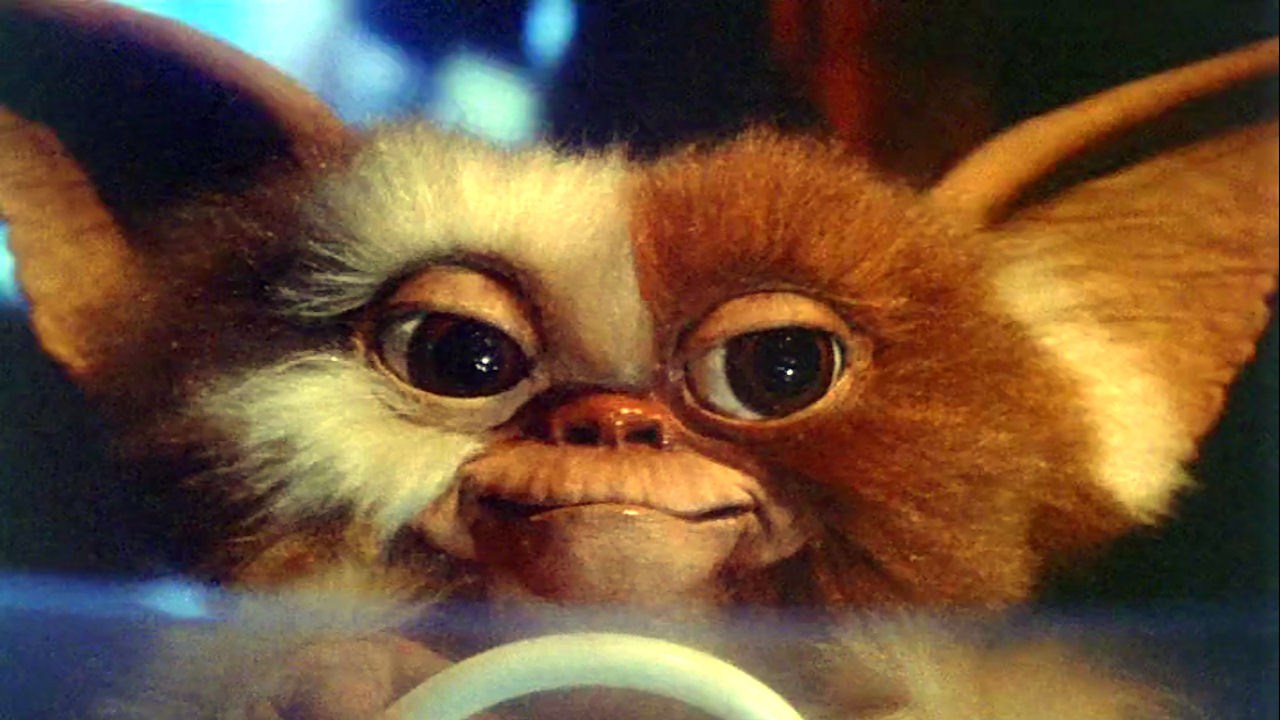 I spent over a year working in an office working with three crafty and intelligent Latinas who impressed upon me in the first month the importance of their cultural and familial relationship to food and meals. Most the days the women would each cook a little something and share it with whomever was in the office for lunch. After a month, I was pressed to bring food from my culture of origin. My first response was, "You want me to bring in pizza and chicken nuggets?" They looked at me like I was crazy, and went on to explain, "You've gotta understand that part of dominate white culture is invading other cultures, stealing the parts of their traditions and cultures and re-branding them. Taco bell isn't 'Mexican food' it is cultural imperialism."

The key scene in Gremlin's that captures the xenophobic core of the film is when Murry Futterman (Dick Miller) is standing beside his busted car and defining what a Gremlin is:

In most lies hide a specter of truth. What are the gremlin's really? From Murry's xenophobic perspective, Gremlins are agents of foreign sabotage that seek to lower the longevity of American goods, and intentionally make white middle class life more difficult than it should be. But what is really causing Murry's car trouble? Is it Gremlins or planned obsolescence? When a car company designs the mass production of cars, they keep a close eye on the relationship between the parts used in its construction, the labor cost of its production, potential profit, and length in which the car will last. If a company builds a car in which last longer than every other car on the market, they loose a substantial fiscal opportunity to cash in to the profit from car parts, and the frequency in which a person might purchase their replacement car. For example, during my four years in college, I went through three used cars. What if cars, and this is not outside the realm of reality, were created intentionally with the idea that each model of car is of the best possible quality. Now you might say that is what every car commercial is selling, but are they seeing real quality or a fictitious presence of mind? The irony here is not that foreign companies are creating a poor product, but that they have learned from Americans via globalism a more efficient way to exploit the consumer. Cheaper made cars, breakdown quicker, and thereby lead to more car purchases over a person's life. Where Futterman's racism shines, is in his inability to see the corruption of foreign made products is an identical quality of the country he lives in. 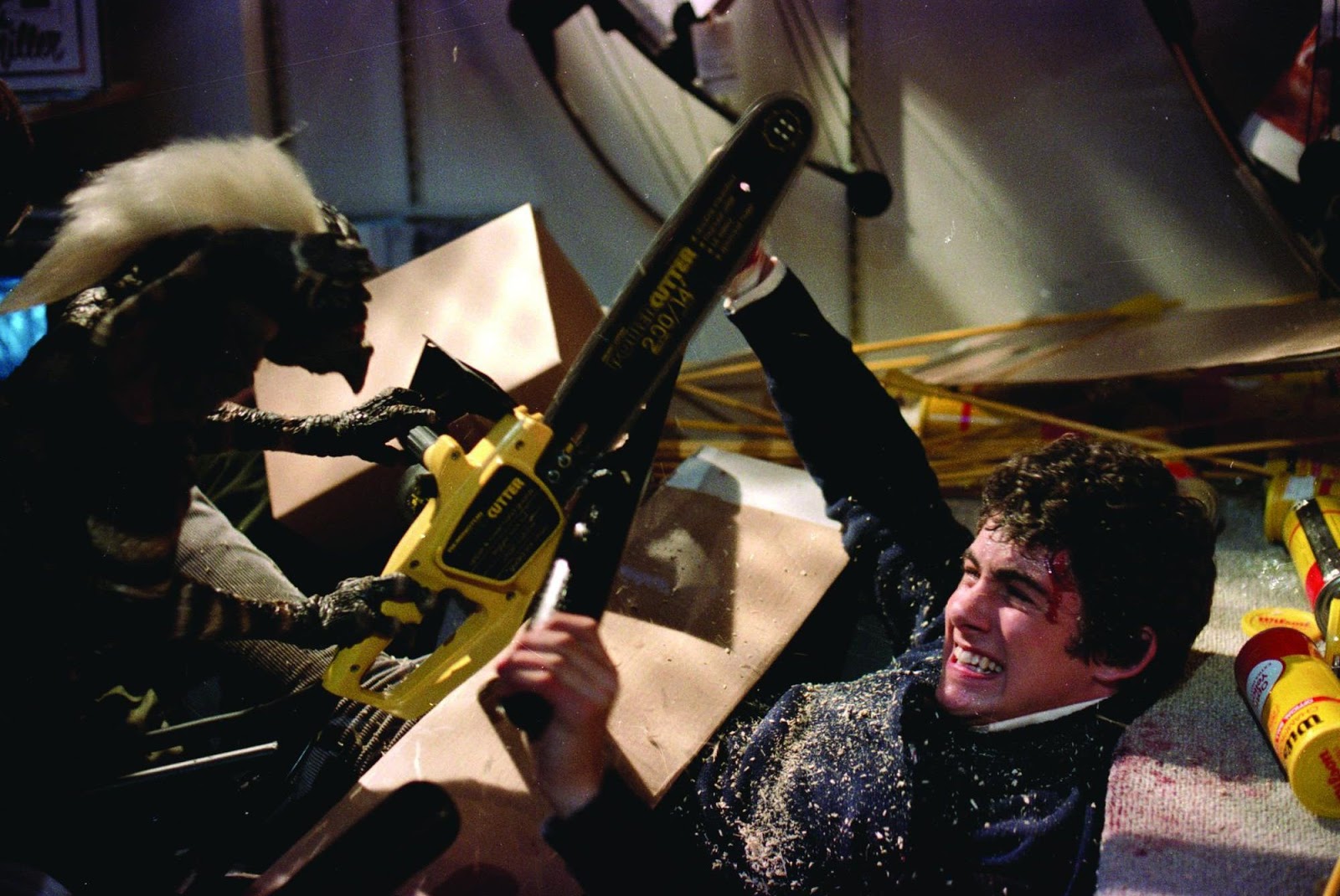 At the Peltzer's home is a graveyard of malfunctioning inventions, which the family uses, even though they do not work. Lynn Pelzer (the mother) spits out a line:

Lynn Pelzer: Dad's machines they work so well the first couple of weeks and ... eh

Moments later Randall (the father) arrives home, and the Lynn changes the topic of conversation away from the defunct American made egg cracking device. So, while everyone knows that the inventions are functionally useless, and have a very short shelf life the family acts as if the machines weren't broken by continuously using them. The first layer of this ideology is out of a politically correct response to the authority of fatherhood. The family conforms their behaviors and stated beliefs in order to support the continuance of the father's authority and livelihood. Directly confronting the father about his deficient ideas, and impractical job would undermine the patriotic discourse of the Peltzer home Deeper, there is a more subversive commentary on the American nuclear family, that while poor, can afford to own and purchase objects that break down or are superfluous appendages to first world lifestyles.

So what unleashes the cocoon phase of the Gremlin? Billy's inability to properly care for his pet (the shop owner was correct!). After hatching the lizard phase gremlins begin immediately sabotaging the Peltzer home, in an epic battle between Lynn and a set of Gremlin's who had captured her motherly fortress of womanhood, fights back using the tools of feminine domestication; microwaves, butcher's knives. Stripe, the last Gremlin, upon seeing the severed head of his fallen comrade roasting in the Peltzer family's fireplace, breaks out a window into to spread some black block anarchy into the neighborhood. Finding a nearby swimming pool he quickly reproduces an army to take on suburbia.

There are two scenes that highly how the gremlins materialize the underbelly of American excess and libidinal drive. The first two positions that the gremlin's capture are the local bar and the Movie Theater. In the bar, they act without the weird reserve portrayed in the adults as they are sitting in the bar in a previous scene. In both locations, the gremlins exploded with violent, excessive emotions like  twi-hards on the opening night of Twilight. Lacan.com defines Zizek's definition of racism as:


Zizek contends that today's racism is just as reflexive as every other part of postmodern life. It is not the product of ignorance in the way it used to be. So, whereas racism used to involve a claim that another ethnic group is inherently inferior to our own, racism is now articulated in terms of a respect for another's culture. Instead of "My culture is better than yours", postmodern or reflexive racism will argue that "My culture is different from yours". As an example of this Zizek asks "was not the official argument for apartheid in the old South Africa that black culture should be preserved in its uniqueness, not dissipated in the Western melting-pot? (The Fragile Absolute, or Why the Christian Legacy is Worth Fighting For) For him, what is at stake here is the fethishistic disawoval of cynicism: "I know very well that all ethnic cultures are equal in value, yet, nevertheless, I will act as if mine is superior". The split here between the subject of enunciated ("I know very well...") and the subject of the enunciation ("...nevertheless I act as if I didn't") is even preserved when racists are asked to explain the reasons for their behavior. A racist will blame his socio-economic environment, poor childhood, peer group pressure, and so on, in such a way as to suggest to Zizek that he cannot help being racist, but is merely a victim of circumstances. Thus postmodern racists are fully able to rationalize their behavior in a way that belies the traditional image of racism as the vocation of the ignorant. Slavoj Zizek: Philosophy - Key Ideas Lacan.com,. 'Slavoj Zizek: Philosophy - Key Ideas'. N. p., 1988. Web. 30 May. 2014.