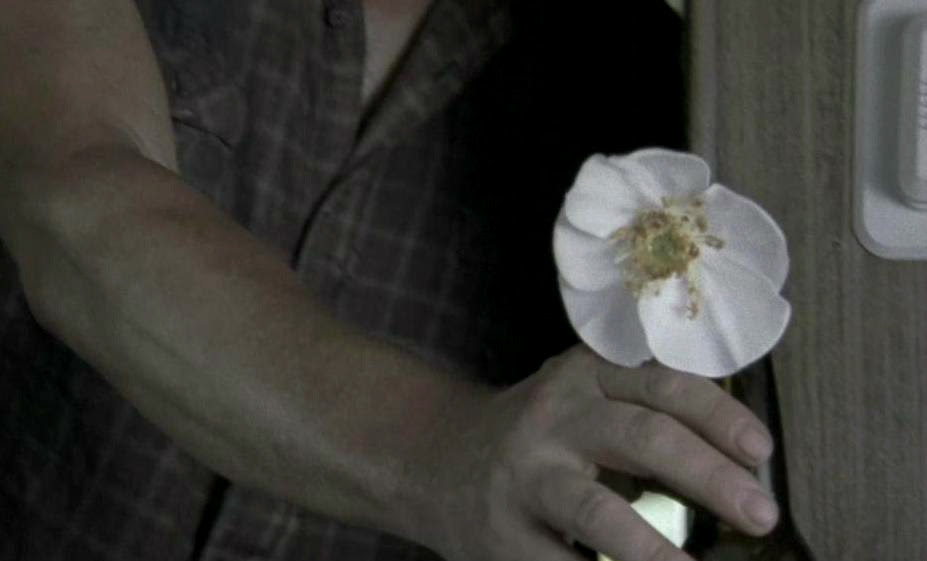 Welcome to our journey into the guts of The Walking Dead. What kind of journey? A philosophical, psychoanalytical and political kind. What I would like to do over the next couple months is dig thought the Walking Dead episode by episode to see what it can teach us. Thank you for following me on this journey. I look forward to reading your comments. Be forewarned: There are spoilers everywhere. Don’t forget to check out my previous article in the Philosophizing TWD series: Philosophizing The Walking Dead S2E3 Save Last One and Do Zombies Believe In God?

One rose is an expression of sentiment. A dozen roses is symbolic oppression. - Simone De Beauvior

For how common the practice of dating is in the world, you would think that it had been around forever. But the practice of dating has only been around for about a hundred years in the United States. In Cherokee Rose, Glenn and Maggie skip dating go right to hanky-panky. What kind of trend do you think this is signaling? It's the end of the world and the symbolic network that kept past romantic discourses alive is disintegrating. Is Maggie’s Sexual forwardness a comment on neo-feminist, or is Maggie just trying to piss off her father like a good southern farm girl should?

The earliest origins of main stream dated are rooted in community festivals. Two hundred years ago people lived in cities and rural areas. In these communities, church and secular festivals were periodically arranged where courting age youth could mingle with each other in a supervised manner. The kind of dancing communities took part in required a set of people to dance the same dance at the same time in sequence. What this created is a situation where men and woman pair up and dance in a unified manner in which constituted and regulated a specific pattern of physical and social interaction. For example, line dancing and the marching drills that a unit in boot camp conduct requires the same kind of physical discipline. If someone isn't keeping in step, their mistake can be observed and redirect by community elders.

Later in bourgeoisie homes a practice called “calling” began to take shape. In this romantic ritual, men would arrive at a lady's home and call on her. The couple would court each other in one of rooms in the home while the parents were home. The couple got to know each other under the snooping ears of the woman's parents. In some Jewish communities, a couple would go out on a date with a friend of one of the couples parents who would chaperon the date. How this would work is the chaperon would follow behind the car the couple is in, and sit a couple tables away while they ate at a restaurant. 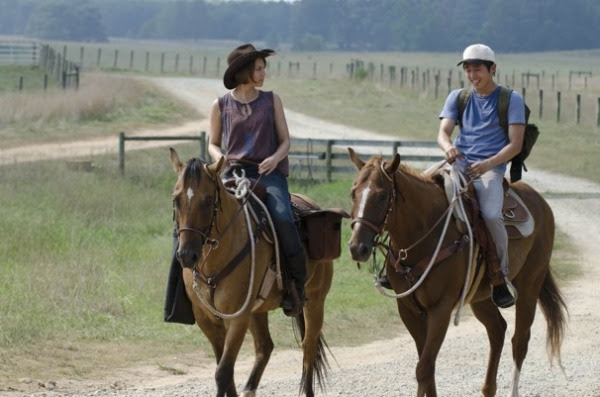 The kind of dating we know today is rooted in the collision of two forces; the forms of dancing that accompanied jazz and women entering the workforce. Before jazz women weren't normally found in bars, nor were bars the mingling place they are today. Bars were a place where men socialized, and the only women that found themselves in bars were strippers or prostitutes. After women entered the workforce, they had funding to spend on leisure activities, and at this time the first sit down restaurants. Between then and know cultural norms have changed, but the practice of dating has not fundamentally changed. People meet, they talk and they partway or continue connecting.

Today music plays a different role. Music doesn't play the regulatory role in the same way as it had. Music isn't something you perform a ritual to under the social gazes of others in order to conform to a larger romantic discourse. Music is still a regulating force, but it takes the form of conforming to consumer lifestyles. Music then becomes something which we give though mix tapes or CDs, or ingest while driving. Talking about music becomes evaluating a potential significant other's ability to integrate into one's consumer life style. Music translates to a topography of hair styles, piercing styles, tattoo patterns and leisure activities.

Then comes the internet, and internet dating. Internet dating can be broken into two romantic discourses; the first is before cell phones and the second is after. Before cell phones, individuals would plaster their smiling face into a dating profile, create a brief bio and list their favorite consumer products. After cell phones, people would do the same, but the activity was transformed from one in which we would sit in a chair in front of a computer, to one where we were constantly had access to a website via an App. The patters of discourse transformed from the style of writing an email to writing a text.

So at the end of the world, when the romantic discourses have been corroded, and the pizza delivery boy and the farm girl meet dating comes back to where it started, before dating existed. Primal evolutionary drive, and the seeking mates with genetic benefits. The first moment where Maggie shows her affection for Glenn is not when she jumps his bones in the grocery store, it is when Glenn wrangles the obese and soggy zombie in the well. When Glenn's behavior connected to is Maggie’s evolutionary predisposition to reproduce healthy mates. Glenn showed Maggie's genetics that he is capacity to survive in fight-or-flight situations that he has the capacity not only to survive but conduct complicated tasks under pressure. Or, Maggie could just be trying to piss off her father by picking a mate that is furthermost from the ethnicity and socioeconomic class of her family of origin. What do you think?

Check out the next article in this series: Philosophizing The Walking Dead S2E5 Chupacabra, Daryl and the Myth of Sisyphus

Sympathy For Lady Vengeance, Tofu All Up In The Face and Organizing For Vengeance

What is vengeance? Reparation or ego? When a wrong is committed and individual is harmed most bring their problems to the legal system in order to seek reimbursement and/or justice. The court’s ruling is enough for the average person. After the hammer falls justice is hashed out. The parties involved may feel slighted, yet they shake hands and go about their lives. What kind of crimes or slights against the social contract opens up the field for DIY justice? Vengeance in this sense is akin to the justice one may receive through the courts, but is rooted in the righteous declaration that the individual righteousness to judge and deal out justice. What gives an individual the right to create justice? Let’s take a step back and saw off a different chunk. What justifies the authority of a judge in a courtroom? While the judge’s seat might provide her the highest point from which to look into the courtroom, there is nothing intrinsic about this perspective that authenticates that a judg
Read more