Carrie (2013), Menstrual Power and The Psychology of Bullying 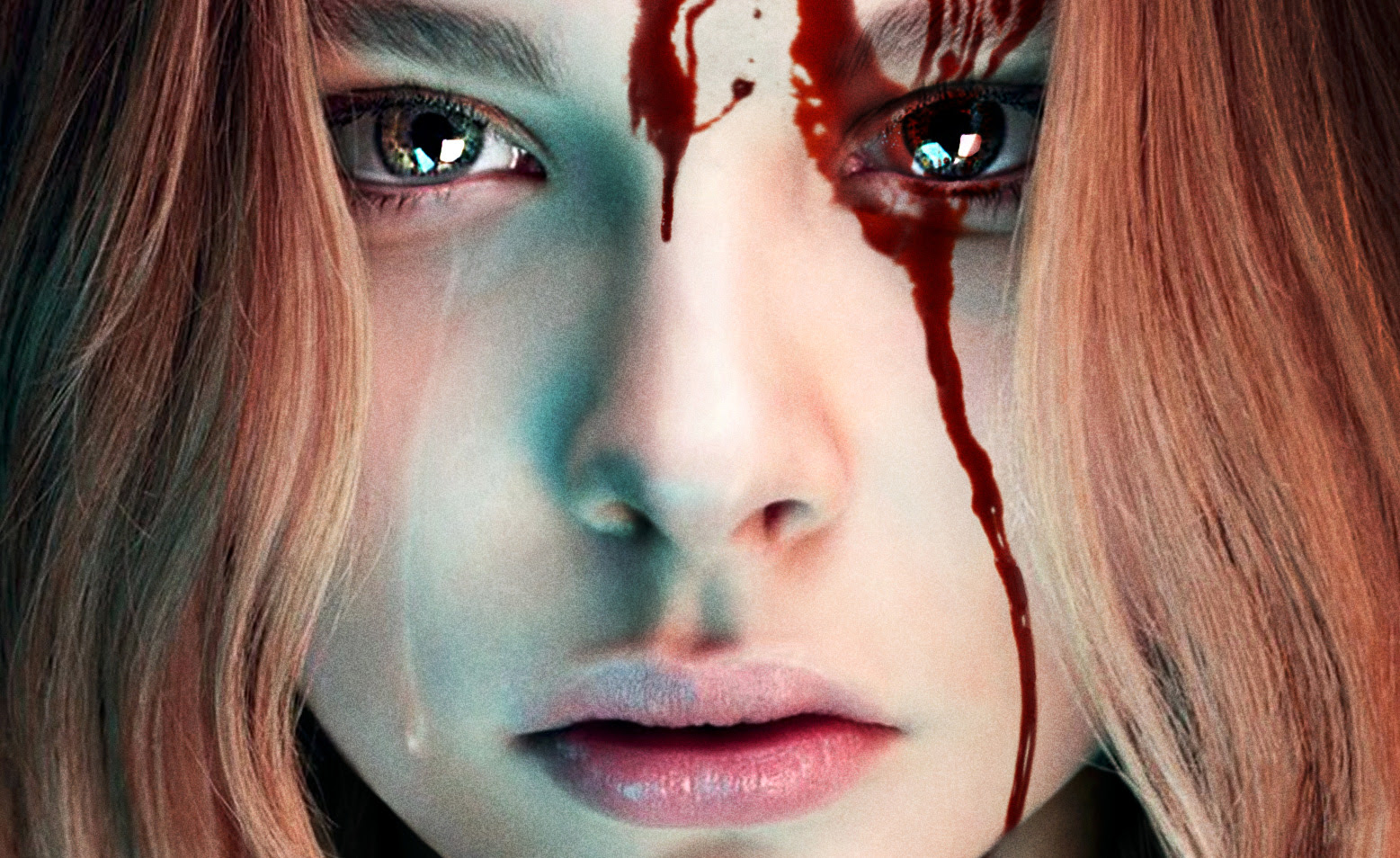 Acknowledgements: In celebration of all the kick butt women in the world, I'd like to dedicate this post to my female comrades in the world who are sick of the trashy cultural expectations, dirty eyeballs, hoots and hollers, lower pay and respect all because men are in power and acting like idiots.

Was remaking Carrie a good idea? Stupid question. Get it out of your head! One of the presuppositions of the remake controversy negates two huge factors; first the film industry makes a crap pile of money, and punks across the world willingly fork out pocket change in mass for these movies. So, unless the anti-remakers suggest a plan beyond whining in the shallow puddle of collective impotence, then I say let us either do something or stop whining.
Say for instance, what if all the people who had a gripe with the Carrie and its kindred organized a relevant response. Boycotts, protests and actions? (Don't forget the poor punks that work at the movie theaters either! It is not like they are making a living wage.)

The film Carrie is about power. I'd like to discuss how this power constituted in the Carrie's universe. Let's get sawing. Right out of the birth canal the film confronts us with an Abrahamic moment, where Margret White is confronted with a surprise between her legs. A wiggling little Carrie. Margret being the dutiful conservative radical that she is, interprets the child as a test of her faith. She grabs the nearby scissors and raises them above the squirming baby. Thrusting downward she stops just before ending whole point of the movie. Seemingly Margret was confronted with a transcendental force (aka divine intervention) or a countering-psychosis that stopped her mid-swing. In the pause of Margret's failed attempt to impale her child the scene cuts to an eyeball to eyeball close up between Carrie and Margret.

I am almost tempted to pull out the stupid binary question about nature verse nurture. Was Margret acting out of some primal motherly instinct to protect her child, or was she purely acting out a scene from the Old Testament? The stupidity of the question is that life cannot be sliced down the middle into two mutually exclusive groups. Nature on the one side, and nurture on the other. Neither can they be integrated into some pseudo nature-nurture hybrid state.

Between science and religion (or doxa) there is reality. Reality doesn't care what words you use to encode it. Beneath the language thrown at a reality, there is something that just doesn't quite fit in. What if Margret's madness had a truer sense of what Carrie was to the world in that moment, than what the omnipresent viewer watching from the safety of their futon? What if through Margret's madness she saw something we couldn't?
In the shower scene, Carrie is well... showering, no? Soaping up and lathering. Hunch over in her awkward posture, and jumping in the shower in the last mometns of class in order to avoid shower time with the popular girls. Making sure she gets into every crevice she discovers her menstrual outflow. Lacking the knowledge to know what is what, she freaks out. The Barbie dolls mob around her and tossing tampons and pads.

Foucault talks about the power in that knowledge and power are interrelated and overlapping. On a certain level, Margret influences what is accessible for Carrie to know. By force feeds her biblical jargon mixed with her own special brand of crazy, she is controlling not just Carries ability to know the world but how she relates to her own body. Power comes wrapped in a way of relating to the world, where thinking outside her mother's influence makes her sense of identity fragile. What the bullying scene functionally does shake the foundation of Margret power over her. The viewer gets the sense that say if we took a step back into carries life six months before the narrative of this film begins, we would be confronted with a Carrie that is a lot more naive than the one whom counters her mother babble with scripture. 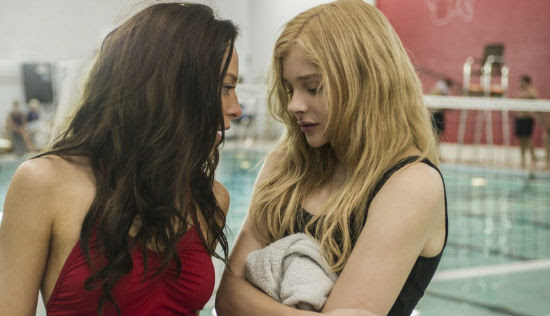 Bullying is about power. Deep power. Bullying is about the kind of power that has broken down Carrie to such an extent that it impacts her posture, the way she talks, and loses eye contact with others while speaking. Bullying is about digging into the constitutive structure of an individual and laying landmines in their self-esteem. Power is inside and outside at the same time. The scene where Carrie is telling her mother that she is going to prom highlights this phenomenon.

Carrie is caught between two networks of power. On the one hand, she is seeking to gain acceptance from her mother. On the other hand, she is seeking to gain acceptance from the kids at school. She is using both social networks to verify her sense of self because her inability to define her own reality is beyond her reach she needs to conform to the others' expectation to feel real. The difficulty with Carrie is that these two oppressors aren't easily separated. Carries life growing up under a scatter brained religious fanatic has perpetually destabilized her knowing of herself on her own terms, and her relationship with the world. Margret's parenting has pushed over and invested the words and perspectives that Carrie takes into the world. Before even entering school, she is already predisposed to be impacted more by the Barbie dolls bullying than a girl from a more nuclear family orientation free from psychosis. So, when Carrie argues for the virtue of the nice boy, she isn't fully acting out of her own personal determined choice. She is acting out of the part of her that has identified with the desires of the gym teacher and the nice boy. The evidence for this is in her statement where she declares that she doesn't want to be weird, that she wants to be a whole person. What she is doing in this statement is equating her personal wholeness with a radical identification of her person-hood to the desires of others. It's as if she can only be whole through being what she is for others. Like termites in the foundation of a house.

Carrie is no broken toy. No totalized victim. Carrie's personal ethos speaks through her power. The first stance she takes to reclaim her sense of self is through her studies. She is seeking to understand the force inside herself that is moving through the world. Seeking out the words to develop her personal persona and move out from under the subaltern rock that others have placed on her soul. She stands against her mother, and with the desires of others halfheartedly.

She has only rises into her own when the blood falls. The crimson rain clarifying the role she plays in the desires of others. Some other-ed thing to be laughed. Scorned out of her worthiness and denied access to social cliques she becomes castrated from existence. But there is something else cracking through the surface. Carrie's rage. A reactionary hope of a world without the whims of social gesticulations wrapping her existence. Carries rage is a radical connecting with her values. A personal worth that she didn't even know she had. In the recognition of her values being shattered, she finds her rage. Anger is a useful to for finding clarity in oppression. Sloterdijk argues:


[She] who sits on the bench of virtues usually cannot know what his next task might be. [She) has to make his decisions based on interpretations of the murmur in which no tenor embodies the main voice. For everyday people the evidence of the moment remains out of reach; at best, the crutches of habit will help them. Habit provides solid surrogates of security, which may be stable but do not allow for the living presence of conviction. [She] who is driven by rage, however, is past the anemic time. Fog arises, yet shadows become more determinate. Now clear lines lead to the object. The enraged attack knows where it wants to hit. The person who is en-raged in the highest form "enters the world like a bullet enters the battle... Wherever rage flames up we are dealing with the complete warrior. As the burning hero enters fully into the fight, the identification of the human being with his driving forces realizes itself. (Peter Sloterdijk- Rage and Time)