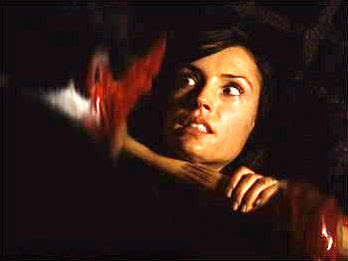 Valentine’s Day is usually associated with hearts and chocolates, but Valentine’s Day is one of the most violent days of the year for women in abusive relationships. V-day is a yearly socio-economic and cultural event that creates and propels a set of romantic standards that, while fluffy for some trigger violence in others. This articles objective is interrogate 100 Feet in order to celebrate authentic love and raise awareness about domestic violence.

At the beginning of the 100 Feet Marnie is bringing drive home from prison by her Police officer Shanks. Marnie has been let free from prison early and put on house arrest. She is fitted with an ankle bracket that beeps if she goes farther than 100 feet from a sensor placed in the center of her home. Early in the movie we find that Marnie was convicted of killing her husband. Her husband who was a police officer had been beating her for a substantial length of time. Fed up, Marnie fought back. Now he's a ghost that is seeking to control her life. 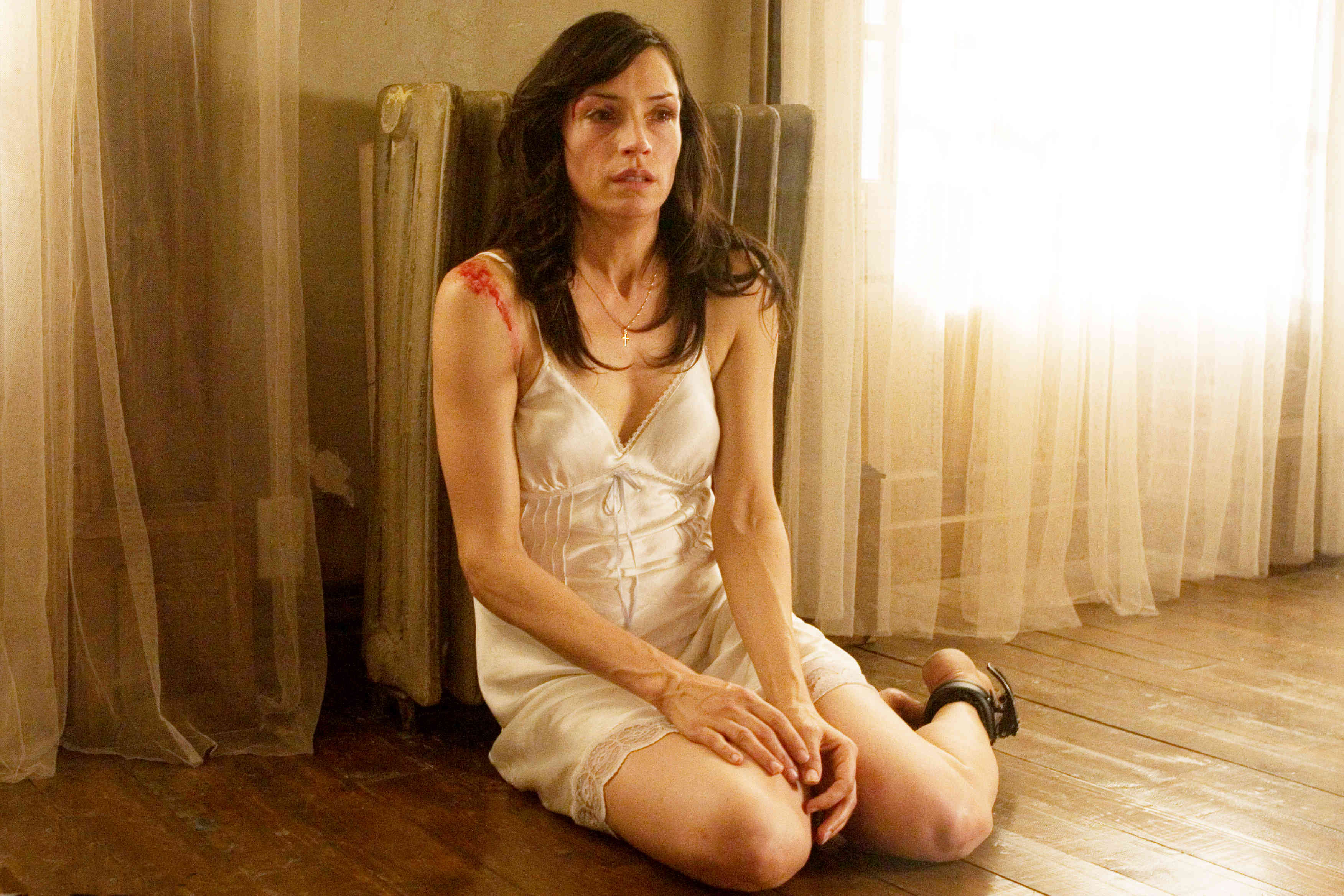 There is a conversation early in the film that introduces us into the systemic structure of domestic abuse. Shanks used to be Jimmy's (Marnie's dead husband) partner, and he is obviously irked that Marnie is out of prison he starts an argument with her. Condemning her for killing his partner. She snapped back that if Shanks had answered her calls when Jimmy was abusing her then Jimmy would be alive. Shanks runs out of the house pouting. What's strange is that Shanks seems capable of acknowledging that Jimmy was abusing her, but not capable of talking about it. It is as if this is beyond his cognitive mapping. Is this not representative of the various systems that woman has to engage with to seek justice? It is as if hospitals, police and law has been constructed to resist admittance to the abused. 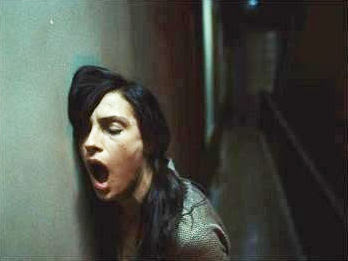 What about being abusive relationship is like living in a haunted home? Ghosts don't work on reason. They wildly lash out. Toss chairs, and knock books over. They speak in movements. The people in these homes are shocked, more than scared they are confused. They don't know why such a safe place such as a home would contain something hostile. Sometimes abusers take their work day home and take it out on whoever is there. Sometimes attackers lash out for no reason. Targets are shocked. Their brains go fight or flight. Instant disorientation. Like soldiers in combat zone's targets, develop a hypersensitivity. Their head is on a swivel seeking out and assessing for threats. This primal mode is a gift that evolution has devised to protect us when we are threatened. But, when constant and perpetual abuse and trauma enter the picture our brains become rewired and super sensitive. This constant state of sensitive stresses targets and raises their anxiety.
Let's take a look at Power and Control:

What I would add to this circle is that the cycles of violence are ideological. Abusive relationships are points of cultural production. A kind of hidden machine that produces ideologies of distancing, ignoring, and dis-vowel. It is not a coincidence that so many people treat Marnie the same way throughout the film. There is a heartbreaking scene where Marnie is dressed up as Snow White (remember in the Grim version snow wakes up pregnant) for Halloween. She is sitting in a chair with a bowl of candy and smiling ear to ear. She just wants to participate. To be in the community. But, one child whispers to another, and they both run off. This rips through Marnie. Even the children ostracize her.

I think the movie is an allegory for the abuser that a target carries with her after she becomes free from a violent situation. The ghost is a kind of internalized abuser. A residue of a controlling husband. The super-ego with a whip, that condemns ever act Marnie takes to free herself from her trauma. There is a sense in which the Ghost attacks become more visceral the more she fights against her own inner fascist pathology that seeks to keep her under the label of victim.

There is an odd moment after Marnie finds dirty money under the floorboards in her bedroom that belonged to Jimmy. She has a priest come to the house so she can donate the money. As he is leaving, Marnie asks the priest to bless the home. He looks at her, then at the home and says he cannot bless the home. This signals to the role of the church in perpetuating the silence of a violent home. Yes, the church can accept money. No, we can't help you solve your problems with your abusive husband. The priest is minimizing the problem and distancing himself from the solution. So what is the solution? The solution in 100 was for Marnie to destroy the last bit of residue left behind by Jimmy. Her wedding ring. But, what changes? One woman is freed while many others are enslaved.

There has been some interesting work in feminist legal studies to rewrite the law to be more women friendly. But there is a significant difficulty with the prosecution of domestic abuse cases. Most of the evidence is narrative based, and the judicial system is evidence based. Due to this contradiction, I do not see the potential safety of women in changing the laws. I think the key point of production is the family. We need a new way of doing family. The family is the first place where most children physically assaulted by another human. Most of the world seems to call this discipline. But what people don't seem to recognize is that the biological part of our body doesn't care what we think. Its wiring is carved out by pain.