Chainsaw Exorcism with Mark West author of The Mill

By SquidXIII - February 07, 2014
Could you tell me about yourself and about “The Mill”? 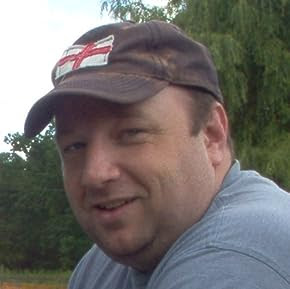 My name is Mark West, I live in Northamptonshire in England and I've been writing stories since I was eight (‘homages’ to “Star Wars” and “The Six Million Dollar Man”).  I began publishing short horror in the small press in 1998 and since then, I've had over seventy short stories appear, two novels, a collection and “The Mill”, a novelette.  “The Mill” originally appeared in “We Fade To Grey”, an anthology from Pendragon Press, edited by Gary McMahon, which was published in 2008.  In 2011, Tim C Taylor at Greyhart Press asked if he could re-publish it as a stand-alone book and I agreed.

“The Mill” concerns a recently bereaved man, who is struggling to come to terms with grief and loss.  When he starts to dream of his wife, calling to him from a place called The Mill, he finds himself ever more drawn there.

It’s what I do.  When I was a kid, I started to write fiction because I wanted to see stories that I couldn't find (which, back then, was mainly me and my friends in the Star Wars universe) and I realized that I enjoyed the act of creating tales.  That never really left me and although it’s got harder as time goes on, it’s still something that I love doing.

Generally, most of the characters that I create have composite elements from people that I know and love, who are part of my everyday life.  Even though each of the main protagonists in my work are different, all of them - at some level - are me.

What was the writing process like? What inspired you to write “The Mill”?

My writing process is one of intense activity, often severely hampered by epic levels of procrastination and it doesn't seem to matter what project I’m involved with.  “The Mill” was slightly different in that it actually pulled me out of a two-year writer's block that I’d really been struggling to overcome.  My friend Gary saw me mention it online, got in touch and asked for a story and he dragged it out of me (for which I will be eternally grateful).  It was inspired by two separate strands - the idea of writing a modern ghost story and the loss of my sister - and once I’d got going, it wasn't too painful a process at all, as if it was waiting to be written.

The act of creating a piece of work, honing it and making it be the best that I can make it.  There’s something fantastic, something magical, about having an idea and being able to hear dialogue and see images, then transposing them to the page and hopefully producing something that other people are interested to see.

What did you learn about yourself as you were writing  “The Mill”? What might your readers learn about themselves?

I learned that I was able to write a story (I’d never written a novelette before, so that was another achievement for the project) that, without gore or excess, could scare people and make them cry too.  I liked that and it’s shaped the way that I've written in the years since.

With regard to the readers, I’m not sure what they could learn, but I would hope that by writing about grief in a forthright, straightforward way, someone might be able to take something from that.

You mentioned that “The Mill” is a horror story. How dark does it get? What was it like writing the scary parts?

To be honest, I think it’s probably the darkest thing I've ever written because it deals with issues that we all - eventually - have to face, in the loss of a loved one.  I was conscious that there would be no blood or gore or monsters, but I wanted to show a man at his bleakest point and then just push him a little bit further and that, to me, is ultimately more awful than a monster running around (though I love monsters).

The scary parts were a dream to write actually, after the weight of the bereavement elements and they were all set in real-life locations, so turned out to be a lot of fun.

Where can readers go to find out more about your writings? When can we get our hands on a copy of “The Mill”?

I have a blog, which I regularly post to (often reviewing films and books as well as talking about my writing and can also be found on Facebook and Twitter.

“The Mill” is available in print and digital editions from Amazon, iTunes and the like.