By SquidXIII - February 04, 2014
Could you tell me about yourself and Exit Zero? 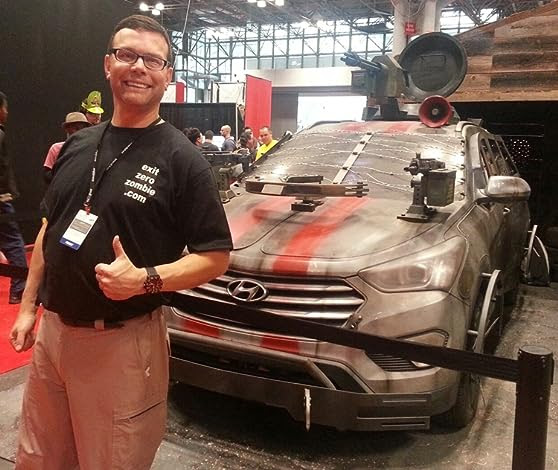 My name is Neil Cohen and I was born and raised in New Jersey, but moved to a couple different states after college, and finally settled just outside Washington DC. But New Jersey is not something you can easily scrub off of you, even with brillo pad. It is in your DNA and it gives you a world view that make you an outsider pretty much everywhere else on the planet. Exit Zero came about from a number of influences. First off, I am a lifelong zombie fan. Zombie movies were the only things that really frightened me as a kid, and when I got older, I realized I only liked reading apocalyptic type books. I loved talking with authors and other fans at conventions, and thought it would be great if I could add to this genre’. For my real job, I deal with first responders and the military, and they are huge zombie fans, many of which have real zombie pandemic type response plans for their agency.

I wanted to be more than just a fan and consumer of zombie literature, I wanted to add something to the catalog. My favorite part of zombie books and films were always the beginning, when something is happening, but people are not quite sure what it is, and you see how many people from different backgrounds come to realize that the zombie apocalypse is beginning and how they respond. Too many books jump over that part and focus on one or two characters and how they are surviving well after the collapse. I think the collapse is the best part, and I wanted to focus my story on the first couple days of the outbreak.

Almost all of my characters are exaggerations of people I know or have known. I am mostly Ivan Gold, the prepper and apocalyptic opportunist, as I have never met a conspiracy theory I did not like. But I also have some of the mob boss Big V character in me, partially how protective he is of his daughter. 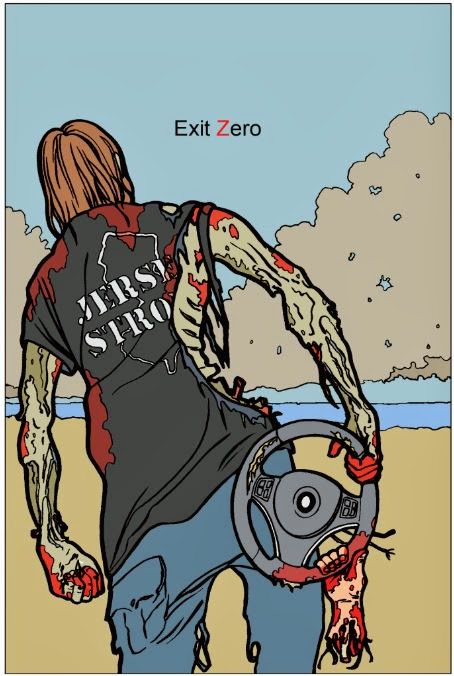 What inspired you to write Exit Zero? Writing this book was tough for me, as I have both OCD and ADD. Sitting still for hours at a time, alone, was the worst. I work 40-50 hours a week, and have two small children. So after the wife and kids were asleep, I would go downstairs and write until I could not keep my eyes open. Also, I had no experience writing fiction, or really anything other than marketing materials and press releases for my job. So I had no idea what I was doing, but I was able to hire two editors/proof readers who both have successfully published and they helped me polish up the final product. But I did not set out to write a book, I wanted to just write a short story to submit to a zombie anthology, and came up with a short story called M.E.A.T, (Modified Embryonic Animal Tissue). I had also begun writing a story about a group of guys growing up in New Jersey. Both stories grew, and then I merged them together.

I am basically a salesman and have always worked for other companies selling their products. This book is something I created completely from scratch, and if people buy and enjoy the book, it is immensely gratifying as this is something that is 100% mine.

The cover of Exit Zero has a unique look. Could you me how the cover came to be? 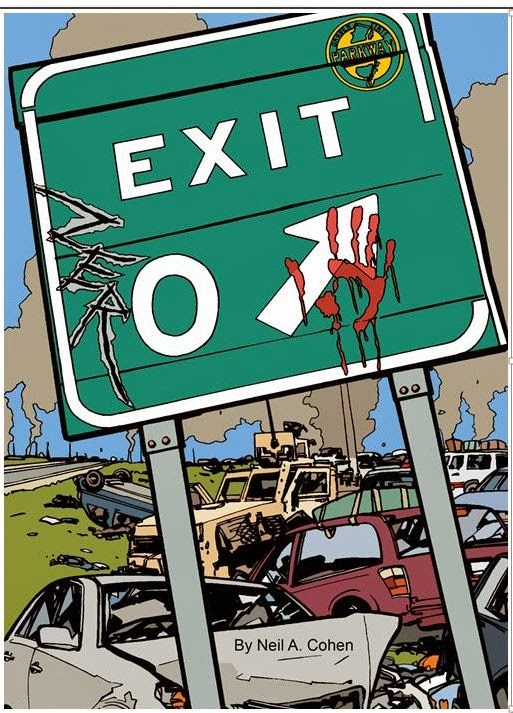 I sell unique software systems to specialized first responder and military commands that focus on Chemical, Biological, Radiological, Nuclear and Explosives (CBRNe) response and counter terrorism. One of the magazines I would advertise in is called CBRNe World, which would always have these amazing covers drawn by a British illustrator named Nicholas Spender. While we never met, the publisher put me in touch with him and we collaborated via email to create the front and back cover. The internal illustrations were done by an illustrator from Massachusetts named Ken Perry.

What did you learn about yourself as you were writing Exit Zero? What might your readers learn about themselves?

I learned how to focus my manic energy and mind. I would come up with ideas for the book and sit down to type and not move for 2 or 3 hours at a time. At first I had notes and ideas written on everything, from napkins to the backs of receipts, to emails I sent myself. But I learned that when I had an idea, I had to sit down and get it written down right then and there. As for readers learning about themselves, I did not want Exit Zero to be just a zombie movie, but to focus on fate, and the choices we make and the friends we gather along the way. Is your life pre-determined and you are just following a script, or can you deviate and change course at your own free will? How do guys who are lifelong friends relate and talk to each other? But ultimately, I just want Exit Zero to entertain the reader for the short period  it takes to read it.

Where can readers go to find out more about your writings? When can we get our hands on a copy of Exit Zero?

I have a Facebook page, which I update several times a week and try to keep adding new and original zombie artwork by Ken Perry. Exit Zero can be purchased at Amazon as well as e-Book form from Kindle.