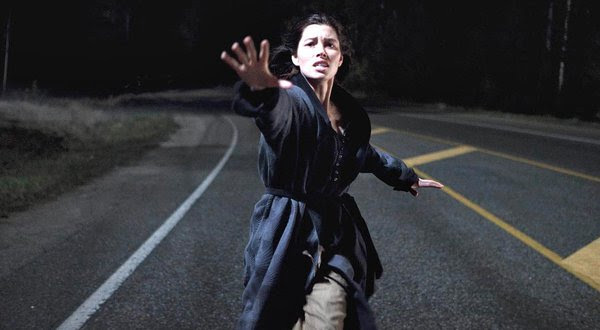 The town of Cold Rock is smothered in poverty. Like many small American town's it was build around exploitation of labor and mining of resources. Long ago, there was a vibrant town. Works woke up early and stumbled to the mind to dig. Most of these workers were children, and some of them were adults. Children were used in cold mines because their tiny bodies allowed them to reach or fit into places that adults couldn't. But in Cold Rock, the mind has closed down, and adults are forced to travel to cities to find work. Children are wandering the streets and there doesn't appear to be a school in the town. The early shots of the town that pan over children and homes remind me of even poorer nations than the United States. This is not to say that there is some patriotic underbelly here, but that poverty isn't just locally systemic but globally systemic. So what do we do when children are trapped in cycles of exploitation and abuse? The great organizer Mother Jones's answer was to organize! I have two vivid memories of reading Mother Jones's autobiography. The first is when she organized the wives of miners with their brooms to chase the scabs out of the mines. The second was when she rallied the miner children and marched them out to Washington DC, where she had them in cages while she gave a speech about the evils of child labor.

But, echoing Lenin, What must be done? What must be done when the spirit of the town is broken? When they don't heed the cry of the organizer? When they are so physically and morally strained that thinking outside the status quo is an impossibility? Tall Man argues, when the community becomes hopeless than the children need to be removed and given better opportunities. This is more than a little controversial, and it probably should be argued that this is a crime against humanity. But what if it works? What if by systematically removing children from homes of poverty and placing them in homes where there's cultural, morale and fiscal resources work? What if what is needed is to let a poisoned social group die out? This is the argument of Tall Man.

One must remember that this is exactly what white European American tried to do to the First Nations People. I almost want to call it cultural integration to death. The American idea was to pull First Nation's children out of reserves and place them in white American school settings to deconstruct their culture of origin in order that they could be smoothly integrated into white American society, and thereby eradicating their culture of origin. Luckily this was not fulfilled.


"The system is broken, it doesn't work. There's no where to turn, no support. I've seen it all over the world, it's just easier to give up. I'm not any better than you, Mrs. Johnson, I've just seen more. It's not a matter of being a good person or being a bad person, it's about how you cope. We're so limited. But the eyes of every child are filled with potential and hope, and we need to embrace and nourish that potential. But we don't, and we continue to make the same mistakes, and we continue to let the children grow up broken and lost, just like their parents." (Source)

Let's consider the Department of Children and Family Services for a moment. If a family reaches a certain level of violent dysfunction and is deemed hazardous to a child's health that a child is removed from a home and a new placement is sought. DCFS ideally seeks out first a close relative, or family relation that could provide temporary or long term care for a child. But, what is the geographical and economic placement situation for the new placement? There is a likelihood that the closest relative lives nearby and is in a similar or lower economic status. Is culture and/or family enough to raise the likelihood of a child's success in life?