Antiviral (2012), Celebrities Are Not Real People and Addiction To Opiates (Like Miley Cyrus)

Celebrities are not real people, in the same way, the folks that deliver the mail and pick up the trash. When celebrities die it is not more important than anyone else. Yet, the internet and Facebook begin buzzing at the slightest hint of their demise. Toting their dedication to entertaining the masses, all the while, another child is shot in south Chicago.
What is shameful, and a sign of moral decay, is this practice of celebrity worship and idolatry that is accelerated and intensified by the media and it's compliant following. This is where Antiviral can help us understand understanding the aspect of the human condition and its ability to build incredibly strong identifications with people they will never and can never really know.


Antiviral is a story is about Syd, who is a salesman for a product that infects you with the sickness that a celebrity is having. So for example, if Miley Cyrus had a cold sore or rash, then Syd would visit her and draw some blood. Take the blood back to Lucas Clinic (where he works) and process and encode the blood for in order to be mass-produced. The blood is also encoded with a kind of DRM that makes it difficult to reproduce unless you can decode the security. This is Syds side business where he is sneaking out samples of blood to a bio-pirate and sell to the black market.

Syd from the beginning has on his super angry face. The actor brings a facially intensity to each scene in the film. The film is purposely abstract about the inner working of Syd's mind, forcing the viewer to transfuse themselves via empathy into Syd's subjectivity. Rather than tell you what to think, the film opens up the space for meaning. Anna Powell argues that


“Not only is the face a white screen reflecting back projected social meaning, it is also the 'black hole' of subjective consciousness as we engage with projected images and sounds... Most films still retain 'realistic' forms of photographic portraiture. Yet, fantasy genres such as sci-fi and horror, with their thematic interest in human mutation, offer special modes of faciality that elude the white wall black/hole dyad to dismantle the face in startling ways (source)."

The other primary face in this film is Hannah. Hannah is the Lucas Clinic's highest selling brand. Throughout the film, we are shown these contrasting faces. Between the beauty of Hannah and the angry, bleeding face of Syd. Beauty always paired with disgust.

In the third act Syd injects himself with Hannah's blood directly from the source and becomes taken over by the virus. By this point Lucas Clinic has caught on to his scheme and kidnaps him. After Hannah dies to her sickness, the Lucus Clinic, hides her death from the public and uses Syd's blood as a placement. The room he is held captive in is white washed with giant pictures of Hannah's pretty blond face. This imagery is contrasted with Syd's bleeding and suffering body.

Is there a way horror the horror of idolization of Miley Cyrus like brands and escape cycles of over-empathizing with celebrities? At the end of the film, Syd has invented a way to grow Hannah's blood. This process takes place in a kind of steam punk greenhouse. Now that the production of Hannah has moved beyond her lived existence what's left of her becomes a materialized body without organs. Reducing her to a factory to produce her own flesh. As the movie closes, a Lucas Clinic represented is pitching the Hannah brand to investors. “As far as the virus is concerned the body does not matter. It is the system that is Hannah that keeps it alive that matters.” Antiviral makes the case that the only way to get rid ourselves of the celebrity contagion is to eradicate this system. Rather than taking the leftist solution, identifying the problem is not the celebrities themselves, but the apparatus that supports the branding and sale of their misery, Anti-viral makes the conservative point that the system is not the mass social networks, or the bazillion dollar media machines, or even TV, but you! The individual is the system that keeps the Miley Cyprus virus live and spreading. Reducing the problem to the individual negates the apparatus that connects the individual to media apparatus that supply's the individual with prepackaged hourly features on every detail of a celebrity decadence.

For the Marxist, facing a totalitarian system which has reached the level of blood ejections, we need to keep the manufacturer and distribution system of opiate in mind. Stripping society of the opiate's controls is a matter of destroying the system that uses the opiate, and create a system in which creates systems on human affirmation rather than obsession. 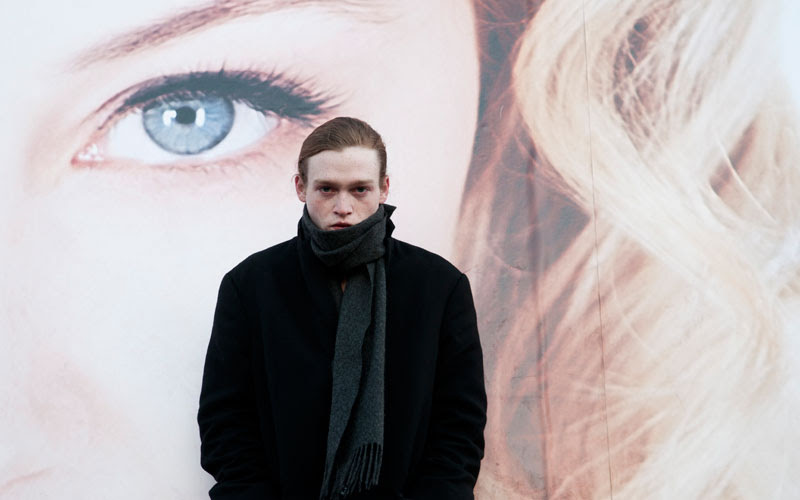