Thursday I presented on the Id, Ego, and Superego for my Clinical practice class. My plan was to explain the Id, Ego, and Super ego via psycho. I began by drawing the Bates's House on the whiteboard with a blue dry erase marker. I turned to the class and asked if anyone had scene Psycho. A handful of ladies raised their hands. I called on a couple people to explain the plot. Then I explained that in some psychoanalytic film theory floors of the home are designated by Id, Ego, and Super Ego. I wrote the word Super Ego next to the second floor of the house where I had drawn the silhouette of Norma Bates. Norma is up there overseeing and regulating Norman's moral compass. Pushing guild and savage categorical imperatives to support his disassociation and demonetization of women. This constant pathological voice compelling him via guilt is Normans superego. Norman is most 'normal' when he is on the ground floor of the house, but he is having difficultly managing the pushes and pulls of his Id and Superego. I'm reminded of this scene:

Norman entered the conversation with Marion normally enough, but when she triggers him into talking about institutions Norman's ego is ruthlessly invaded by superego and id, and he vocally pushes the conversation in to a much more intense and darker place. The Clucking of The Tongues. Personally I have a difficulty separating Norman's Id and Superego, because they appear radically intertwined. Norman's superego is clearly shown through Norma constant call to guilt Norman. For Example:

Norma echoes in Norman's head both clearly and obscurely. Pushing on his guilt and weird innocence surrounding femininity. On the other hand she calls upon the Id to voice sharp, passionate craziness that that doesn't exactly mean anything specific but still hits him as sharp. It's important to remember, as Zizek argues, that midway through the film, there is a transition in Normans temperament, and he also moves his mothers corpse from the second floor to the basement. In effect, melding his Id, and Super Ego into one monstrous force that compels him with a vicious guilt/passion. Or in Zizek's words: At this point in the discussion, I flipped gears in the discussion to ask if anyone had seen the movie Carrie. A couple ladies raised their hand. I asked them to describe the plot for the class. I then began asking a series of questions about what the ladies in the class thought about Carries head space. What I totally skipped was a discussion about the home that Carrie lives in. The home is a suburban home that has two floors. Super Ego and Id. The only other space in the home is the closet under the stairs that Carrie is locked inside of. It's almost as if the film is making the case that when the superego grows too powerful it forces Carrie to dissociate from herself.There was an interesting point in the presentation where I asked the ladies in the class, "What is going through Carrie's head when the blood falls?"There was a long silence. 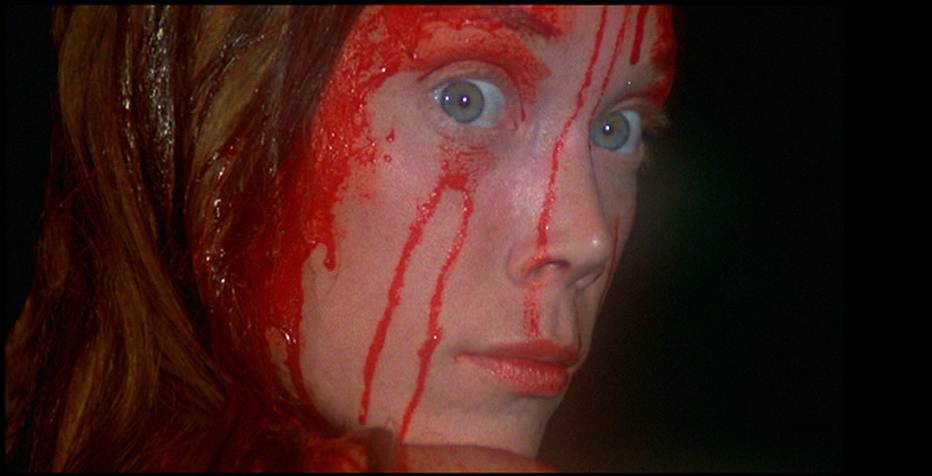 So I broke the silence and I described what I thought was Carrie's head state. Picture this. A young girl who was just an outsider before is thrown into negative popularity because she had her period. She is struggling with her sense of self, and how she fits into a world that spits on her existence. A well meaning liberal girl sacrifices her boyfriend and enjoyment of prom to Carrie. Carrie who is finally convinced that this guy isn't out to sabotage her day finally agrees to go to prom. She dances with this dude, and it may very well be the first time in her life that she has touched a guy let alone stood that close to one. She is nominated prom queen, and entered into real popularity, and finally is getting a glimpse of what it is like to be accepted into the social body that has excluded her. And then a string is pulled a bucket of pig's blood falls on her head. She snaps and the Id rises!